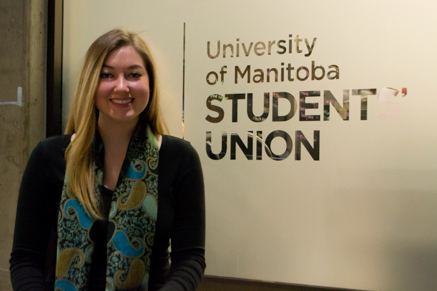 I was the UMSU VP advocacy for the 2017-2018 academic year. Student politicians are subjected to horrific dehumanization.

The toxicity between UMSU and the Canadian Federation of Students is nothing compared to the abuse, harassment and trauma suffered by student politicians. I know this because I used to be a student politician.

In the recent debate over potential defederation, the current UMSU executive team has publicly stated that it recommends defederation, with one of many stated issues being negative personal experiences in working with the federation.

Multiple UMSU executives, dating back over several eras, have had similar experiences working with the federation.

In response to this, people on social media have claimed student politicians are a part of victimization culture and are over-sensitive.

These statements send the message that personal wellbeing should take a backseat to the greater good. This is a blatant contradiction of nearly every major social movement occurring right now.

In the era of #MeToo and stigma eradication, we encourage people to share their stories and their trauma not only to promote healing, but to expose toxic systems and structures. We praise provincial and federal politicians who share their stories of struggle and violence. So why do we vilify elected student leaders for sharing their stories?

In response to the claim that student leadership has produced a victimization culture, I would argue that there is only one retort: student politicians are increasingly facing a culture of dehumanization.

The reason I got involved with student politics was not to pad a resume or get free trips. I started in faculty-level student activism and was a part of campaigns, advocacy clubs and not-for-profit movements for several years. Eventually, I ran for the position of UMSU VP advocacy.

While campaigning, I was consistently sexualized, degraded, verbally harassed and gaslighted.

I had my appearance ranked online. I had my sexual desirability contemplated on an app. Instead of being asked questions about my ideas and policies, I was asked targeted personal questions about myself or others on my slate. This was not what I expected entering politics, but I truly believed this treatment would stop following elections. It didn’t.

After taking office, my team and I did work I am proud of. But when fielding questions about our work, we seldom received any about logistics of issues.

Instead, we fielded questions regarding our competency and faced personal attacks from our membership.

There is nothing wrong with questioning the effectiveness of elected officials or criticizing decisions you may disagree with. This is a healthy and natural part of democratic politics. However, in my experience the questions regarding competency and decision-making had nothing to do with the issues actually up for debate. Rather, these functioned as veiled personal attacks.

The abuse faced during national general meetings from the Canadian Federation of Students by UMSU executives is largely a humiliating extension of the abuse endured as a student politician in all other arenas.

I want to remind folks this is not just a Canadian Federation of Students issue, but a cultural issue within student politics. During my last meeting as an UMSU executive, I faced accusations of financial privilege and over-sensitivity, as well as harmful comments purely because I was an executive. I faced these same accusations during elections and throughout my term.

Claims like these are tossed around without substance or facts because, to many, executives cease to be human beings once they take office. After taking on the title of an executive, you subject yourself to an onslaught of harm and are expected to take it silently.

Stop asking leaders to hide their experiences and stop shaming them for sharing trauma and seeking resolutions. Instead, accept their stories, recognize and acknowledge their experiences and then move on to other issues, just like you would in any other situation. Listening to personal testimonies and taking seriously the harm of dehumanizing student politicians does not mean you have to politically agree with anyone.

To close, I chose to not run for re-election because I opted to prioritize my health and personal wellbeing.

While I loved my job and enjoyed working for students on advocacy issues, I chose not to stay in a position in which I was told to either swallow my feelings or face ridicule and victim-blaming for speaking about them. This is not the culture of a student movement I want to be involved in.

Going forward, the culture of student politics needs to change so student representatives are not unfairly demeaned and consequently faced with the impossible decision to continue taking the abuse or stop advocating for the interest of students.