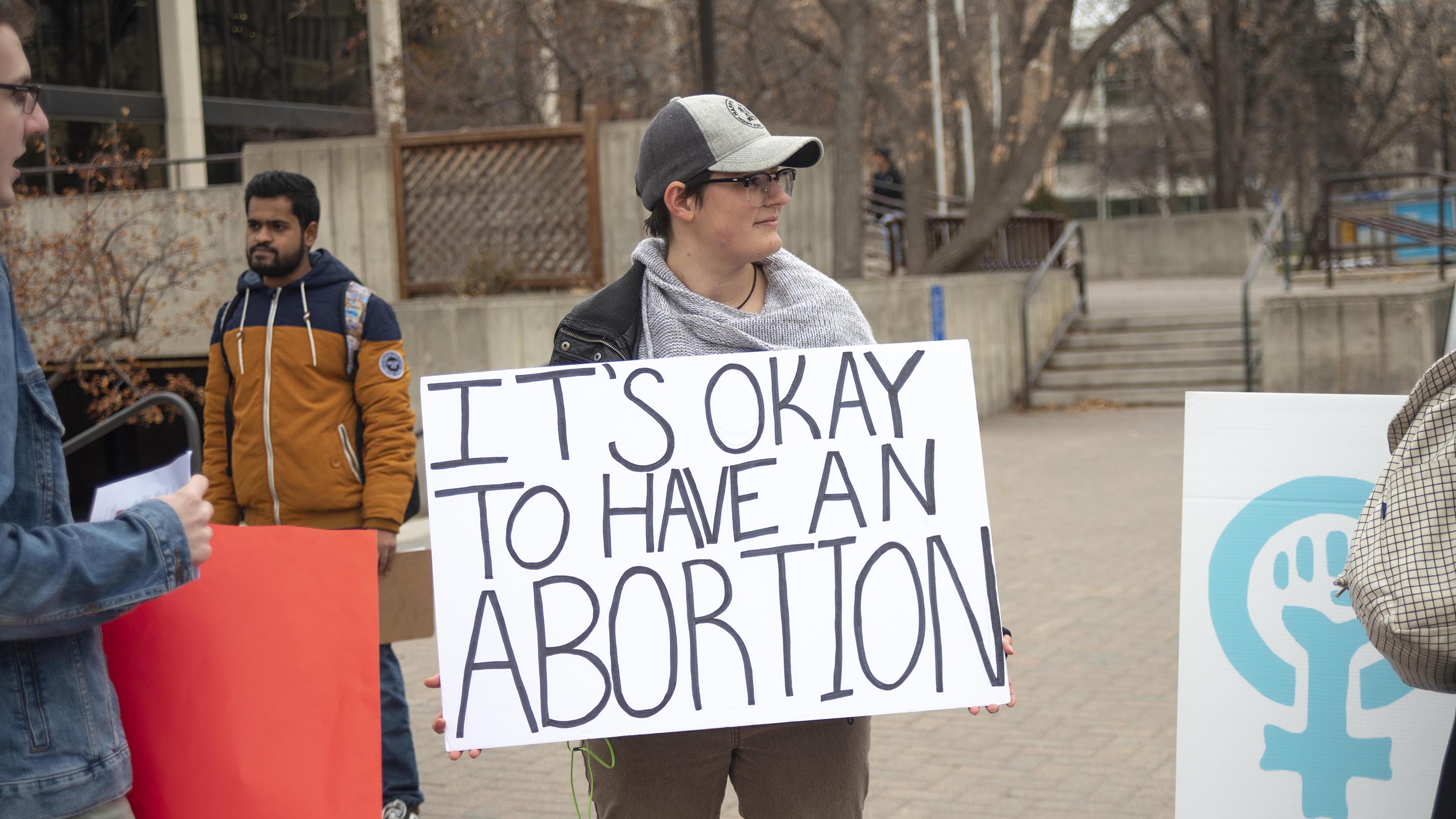 UMSU’s chambers were full Monday as two motions amending the union’s official position on reproductive rights were debated and passed.

The second motion amends UMSU’s safe environment policy to include “any act of coercion or attempted coercion with respect to making reproductive choices” as a version of “discriminatory or harassing behaviours and actions.”

It was amended within the meeting to include a further sub-clause that added “the dissemination of graphic materials or information that is misleading or false as part of any event/activity or within the group/club or association.”

The motions are only applicable to UMSU student groups.

Campaigners from the Canadian Centre for Bio-ethical Reform (CCBR) that have been demonstrating outside UMSU University Centre this fall will be unaffected by the union’s new position.

The board voted to split the motion in two because the governance and operations manual — which holds the safe environment policy — requires a two-third vote to amend, and the position statement book needs a simple majority.

An amendment was carried in which the two uses of the word “woman’s” in the initial motion be changed to “one’s.”

The session was closed for over an hour while board members debated the motions.

Both passed with overwhelming support.

“We’ve heard from many concerned students that UMSU should be doing its part to ensure a safer environment on our campus and to take an organizational stance on reproductive rights,” Sanderson said.

“So while we have existing policies and procedures in regards to the matter, we felt it was necessary to bring a motion to the board and to address this issue.”

Sanderson also clarified that the motions prohibit UMSU-affiliate student groups from “harassing students who don’t want to be talked to, this would include uses of graphic materials or imagery, often pictures or models of aborted fetuses, which create an unsafe environment for students.

“And the intent was also for this to include the dissemination of false or misleading information.”

Sanderson also stressed the motions are not intended to “police anyone’s thoughts.”

UMSU received a number of letters addressed to individual members of the  board of directors from the Justice Centre for Constitutional Freedoms — a group based in Calgary which, according to its website, works to “defend the constitutional freedoms of Canadians through litigation and education” — which suggested the board vote against the original motion on the grounds it “denigrates certain students’ peaceful expression and undermines freedom of expression on your campus.”

It also referred to the motion as “invalid.”

Elizabeth McMechan, whose official title is “chief propaganda officer” of the U of M revolutionary student movement (RSM), was present at the meeting and called the passing of the motions a “huge first step.”

“To have a body that represents 30,000 students take a stance for reproductive autonomy, it goes beyond the words that I have. This is huge.

“This isn’t being done everywhere. This is the steps that progressive universities are making. And I’m really proud to be a part of the union right now.

“This is a moment where I’m very proud to be a part of the University of Manitoba Students’ Union.”