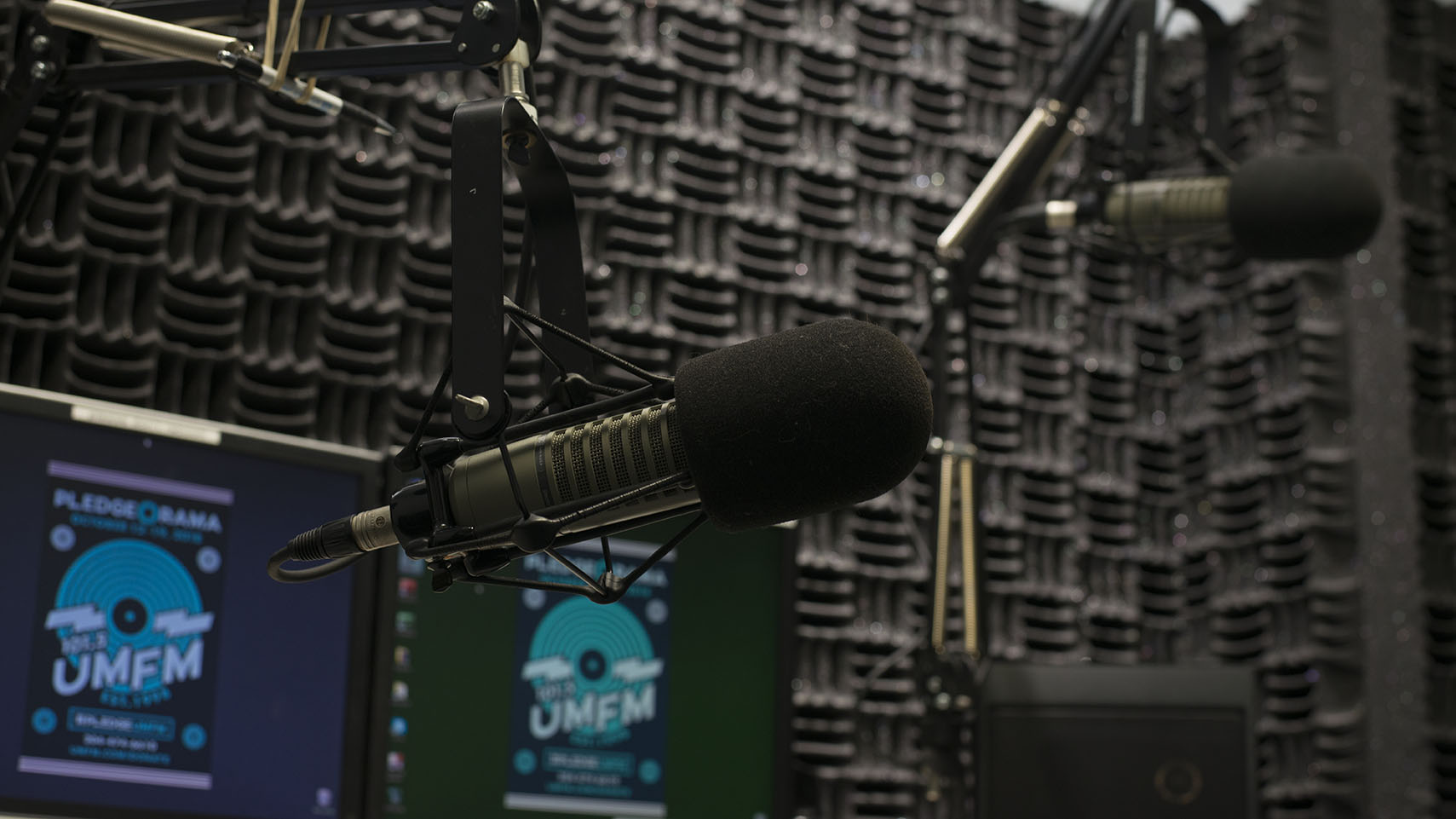 UMFM launched the first four episodes of a new podcast series about “reconciliation across boundaries” Oct. 29.

Minogondaagan: The Good Voice will feature Indigenous and non-Indigenous guests sharing, according to the UMFM website, “personal stories, ideas, research and expertise.”

The first four episodes tackle the topics of reconciliation in literature, the media, the entertainment industry and identity.

Elissa Kixen, the podcast’s executive producer, said the series will include a diverse range of voices.

“The premise of the podcast is exploring reconciliation through an Indigenous perspective and just sort of getting all different voices across the board heard and having all their truths out there,” she said.

The series is hosted by Tim Fontaine, a documentary producer for APTN and founder of satirical website Walking Eagle News.

According to UMFM station manager Jared McKetiak, the project was funded primarily by the Community Radio Fund of Canada and received support from the office of Indigenous engagement, the National Centre for Truth and Reconciliation and UMSU.

“I think that one thing that we wanted to show is that […] people have different perspectives of what reconciliation means to them and to their own community,” he said.

“And right now, I’m learning that it’s not very black and white.”

Kixen stressed that not all Indigenous people view or experience reconciliation in the same way and the series would work to illuminate that fact.

“Having different perspectives out there and just showing that not every Indigenous person thinks in the same way and has the same ideas, same solutions, same problems,” Kixen said.

Mark hopes to bring awareness to Indigenous issues that many people are still unaware of.

“I think right now some people, when they look at reconciliation, they don’t have any kind of familiar clue of what that is or what that looks like,” Mark said.

“I would want it to be like a digestible approach to understanding what reconciliation is and understanding Indigenous issues that Indigenous people face that people aren’t really aware of.”

Eight more episodes are set to launch over the next two months. Four are expected to be released on Nov. 26 and the final four on Dec. 24.

The first four episodes of Minogondaagan are available now on UMFM’s website, iTunes and Spotify. Minogondaagan will be aired on UMFM starting in January, once a week for 12 weeks.

Pledge your allegiance to campus radio