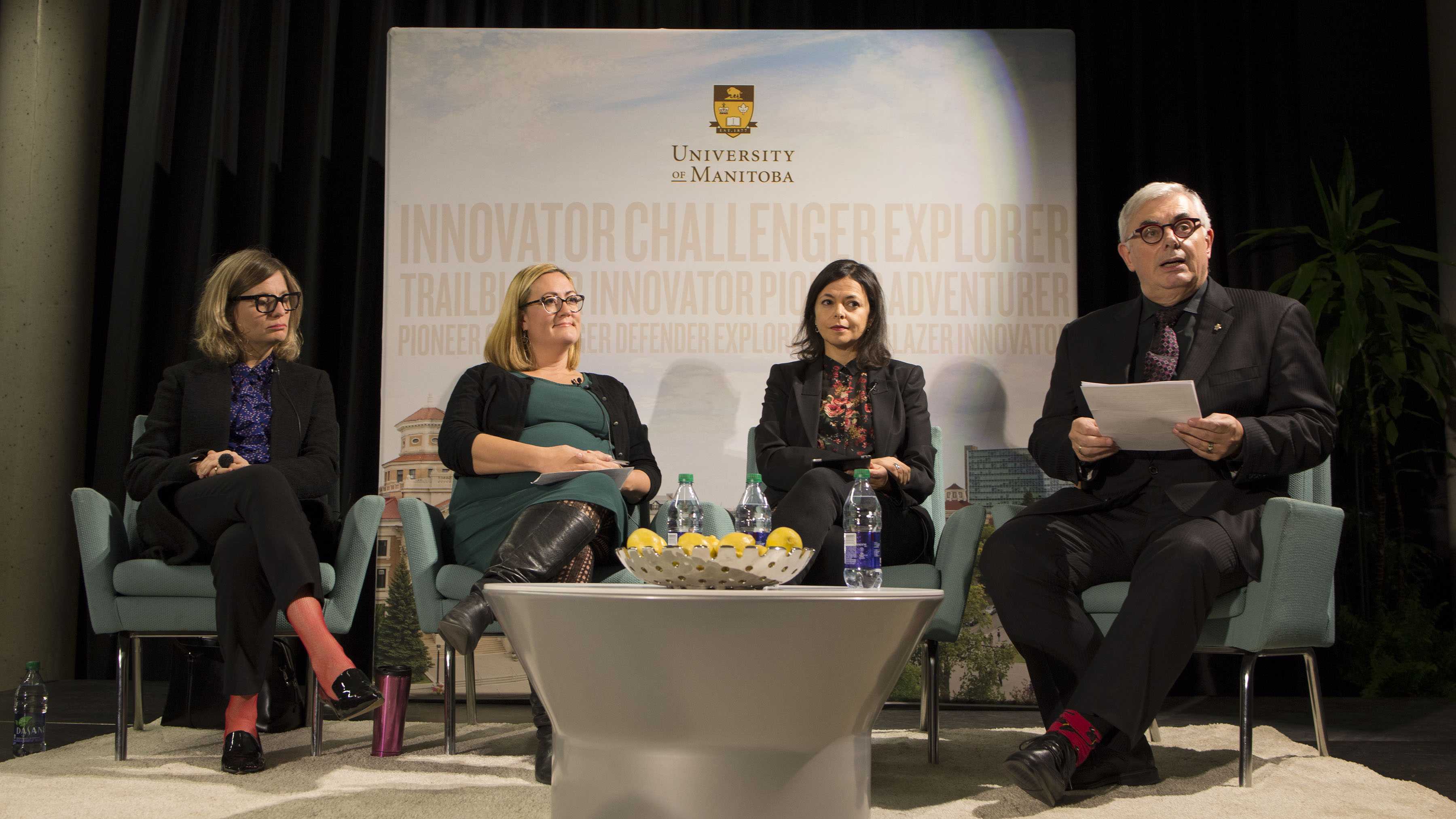 U of M alumnae from different walks of life came together to discuss what it means to be a global citizen at a panel discussion hosted on campus Thursday.

The event, called “The power of one: what’s my responsibility as a global citizen?” was part of the university’s Visionary Conversations series, which seeks to “explore tough questions and foster conversations that drive discovery and insight.”

University president David Barnard said the discussions are meant to encourage listeners to consider themselves as global citizens, and to think about how they can make a difference both locally and internationally.

A wide range of topics were discussed, including the effect of social media on global activism, the importance of supporting women who aspire to advocacy on a worldwide scale and ways for students to engage in social movements.

During the panel, the three also discussed the place of universities in creating global change.

Gunn, who developed an influential handbook for implementing the UN Declaration on the Rights of Indigenous Peoples, said academia provided an opportunity to learn critical thinking skills.

“Right, that we don’t need to give a lot of answers, but I do hope that the people coming out of our institution are able to take all the information that exists out there, and sometimes it’s an overwhelming amount, and be able to start working their way through and critically engage with that information so that then they can decide for themselves how they’re going to be involved.”

Ayed — for whom the U of M’s Nahlah Ayed Prize for Student Leadership and Global Citizenship is named — talked about universities as a place of discussion and debate.

“I feel that there are a number of debates that are going on right now that don’t really have a home, that are outside the traditional sort of government-voter conversation,” Ayed said.

Ayed explained many of the discussions that occur within university settings have wide-scale global ramifications.

“Those kinds of conversations, I think, need to happen in institutions like the University of Manitoba where, again, they’re important, they’re global in scope, but there’s nowhere really to have those conversations for ordinary people,” she said.

Michalchyshyn added that the value of universities is dependent on their ability to function as spaces that encourage free expression.

“Every campus that I have been on, or had the privilege of going to school at, feels like a safe epicenter for thought,” she said.

“For ideas, for exchange of new cultures. It has to be a very open environment, and diversity and support of students who have not necessarily had the privilege that I feel I’ve had is also essential.”