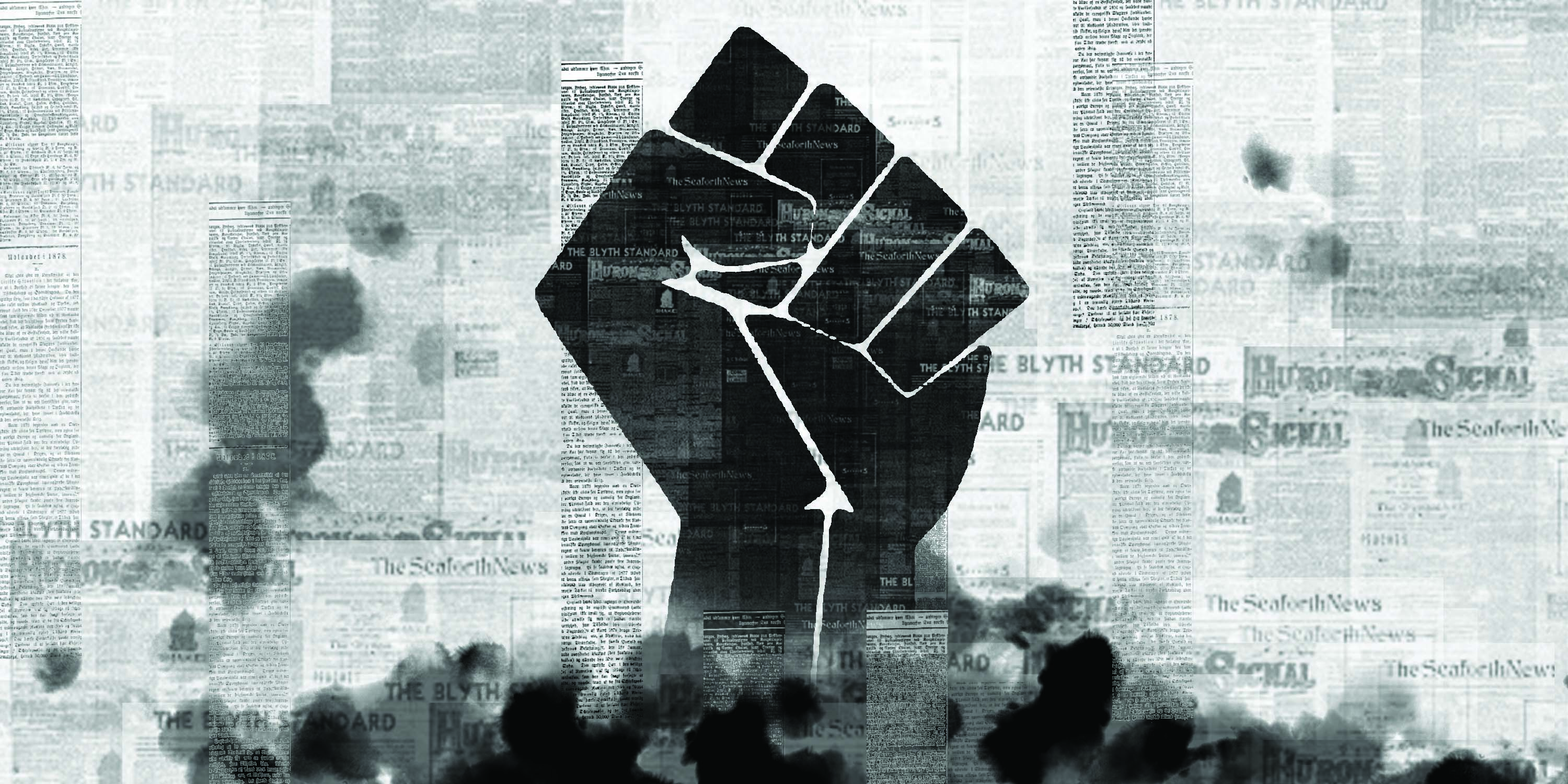 By Manitoban Editorial Board
Image by Evan Tremblay November 29, 2018

What do you do when you ask for an apology, get it, but it still isn’t enough for you? If you’re one Edmonton MP, you sue.

This is the current situation underway at The Gateway, the University of Alberta’s official student magazine.

Edmonton Griesbach Conservative MP Kerry Diotte, who was once a journalist and columnist himself, had recently come under fire for his apparent association with right-wing former Rebel Media mouthpiece Faith Goldy.

After two articles were published on The Gateway criticizing Diotte – specifically, criticizing U of A Student Union president Reed Larsen for his appearance in a photo with Diotte – earlier this month, he claimed to have been defamed by the student publication and filed a statement of claim Nov. 19.

According to the statement claim, The Gateway made unfounded claims concerning Diotte’s character, which include accusing him of being racist.

The Gateway has since retracted the claims, included amendments to both articles online and published apologies for each.

So why hasn’t Diotte retracted his statement of claim?

One must ask what the purpose of suing a small, independently-funded student paper could be for a politician. He asked for — and received — a retraction and an apology. In Diotte’s own words, as he wrote in a Facebook post: “That’s all I had asked of them.”

Financial gain doesn’t seem to be on his radar – he has said he would donate proceeds gained from a successful case to an Edmonton charity.

Diotte seems to be pushing forward with this case because what he wants isn’t to build, but to destroy. He wants more than an apology and a retraction. He wants the total financial ruin of a publication run by university students.

Attempting to take the press to court is not an unusual activity for hair-trigger-temper politicians. Our own premier, Brian Pallister, threatened to sue the Winnipeg Free Press in April of this year over stories published concerning unpaid taxes on his vacation home in Costa Rica. Pallister has yet to act on these threats.

Just last year, the Manitoban was threatened with a motion looking to trigger a possible referendum on funding, explicitly citing an editorial that criticized the then-executive council as cause. While the motion was swiftly withdrawn, the concerning reality that publishing words critical of the very power structures newspapers are meant to critique could result in an end to the paper’s resources lingers. Diotte’s case speaks to that same fear – his lawsuit is meant to influence future press coverage.

Diotte’s claim included a statement that the articles “injured in his personal credit, character, and reputation as a citizen.” Continuing with this frivolous lawsuit speaks as much to Diotte’s character as the since-retracted commentary.

It also speaks to a wider disregard for both student journalism and journalism in general in this day and age.

The press must be able to pursue truth without fear of complete financial destruction by the groups it seeks to hold accountable. Student press is particularly vulnerable to baseless bullying by powerful officials, and the disrespect shown here to The Gateway by Diotte is apparent.

Diotte is a public official whose job is to serve his community. Engaging in a lawsuit with the purpose of strategically silencing students is directly antithetical to this.

If Diotte really were the “strong defender of free speech” he claims to be, he would understand that seeking $150,000 in damages is not a productive way to promote those beliefs.

Intimidating Canada’s student journalists is not the solution.

The Manitoban calls on Diotte to drop his frivolous lawsuit and stands in solidarity with The Gateway.