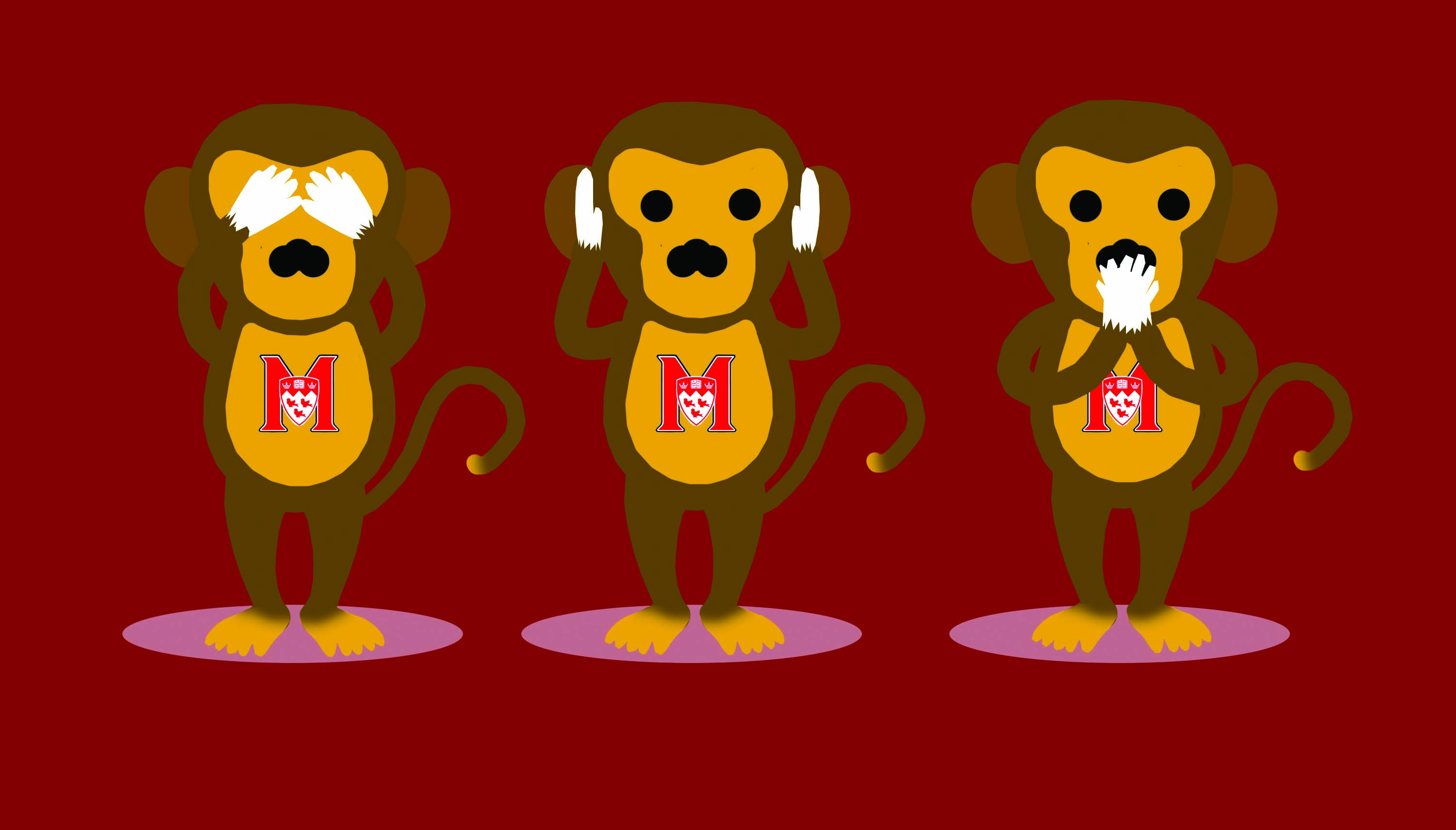 “Intent does not erase impact.” It is a simple phrase that has been given great meaning.

The aforementioned phrase — and variations of it — are brought up to explain how seemingly innocuous acts can have unintended racist, sexist or ableist outcomes. How innocent actions can harm people in unforeseen ways.

Basically, regardless of the intent of an action, the outcome is what matters.

The phrase is simple and could become the mantra used to help sway those resistant to renaming sports teams and other organizations in the future.

The sentiment worked at McGill University, where students voted 78.8 per cent in support of a non-binding resolution to change the name of McGill’s athletic programs — the Redmen. As such, it bears analysis.

To understand how the phrase “intent does not erase impact” comes together and fits the McGill situation, we must break it into its two components: the intent and the impact.

The intent was innocent

The current Canadian social climate has pushed us to reevaluate our relationship with Indigenous cultures. We have begun to question our own history and status in an attempt to understand and push forward in reconciliation efforts.

One avenue of change has come through reclaiming or removing offensive terms from prominent organizations.

However, those supporting the McGill Redmen name are quick to argue the moniker originally had no connection to Indigenous peoples.

In the 1920s, the nickname Redmen was adopted in reference to the red uniforms worn by the various athletic teams. Prior to this, other terms used included “red and white” and “red team.”

The name also had roots with the university’s founder, James McGill — a man of Irish heritage.

The term “red men” was used among Celts in ancient times and is still used today to describe those with red hair.

There was no allusion to Indigenous Canadians or any racist symbolism in the beginning. Yet, what began as an inside joke became something much worse just a decade later.

The impact leaves the past behind

As early as 1938, the McGill Redmen began to be referred to colloquially as the “Indians.” Indigenous imagery even appeared on the helmets and jerseys of the McGill football and hockey teams until being removed in 1991.

Even more troublesome was the nickname given to the women’s hockey team.

In the 1960s, the club was regularly referred to with a racial slur against Indigenous women.

McGill never moved to officially adopt any of these titles, but media, students and the program itself used the nicknames for decades.

Clearly, despite innocent intentions, the name Redmen was perverted almost instantly and has become something worth changing.

Hudson Meadwell of McGill’s department of political science in an interview with CBC said, “There is no moral equivalence between removing an historic indignity to Indigenous people by changing the name of men’s sports teams and retaining the name.”

How to move forward

With the resolution in place, the ball is now in McGill administration’s court. Will they listen to their students and join a slew of organizations changing their identities? Or will they side with the alumni who feel attached to the name?

The alumni argue an emotional bond exists over the name, there is a family behind the name and removing it would erase a well-intentioned history.

They certainly would not be the first university program to drop a nickname under organized pressure.

In 2015, the University of North Dakota adopted “Fighting Hawks” as the new nickname for its athletic clubs.

The program had used the moniker “Fighting Sioux” until 2012 and then went nameless until 2015.

However, there has also been ample resistance to these changes. Dan Snyder — owner of the Washington Redskins — has continuously fought against changing his team’s name, deflecting the issue at every turn.

Snyder said the name “represents honour, represents respect [and] represents pride” and said he respects the opinions of those that see otherwise.

Meanwhile, opponents argue the name is demeaning and racist.

As the old saying goes, “the road to hell is paved with good intentions.” While the original meaning behind a team name or logo may be pure, the perspectives of marginalized groups cannot be ignored.

There will be those resistant to such change. There are those unwilling to look toward the past with anything but blind admiration, and those unwilling give in to politically correct culture.

However, to borrow a meaningful phrase, “intent does not erase impact.” You may have thought nothing of a name, of an action or of a policy, but that does not give you the right to tell someone their pain — or their offence — is not valid.

Just because you understand the meaning behind the name Chicago Blackhawks or feel pride in the name Washington Redskins, does not give you the right to tell others to sit down and shut up.

We need both sides to come together and have a frank discussion about what is to be done. Hiding behind rhetoric and platitudes about respect do not further the discussion but serve to slow down a natural evolution.

Most of all, we need people to understand that just because your intentions are pure it does not mean your impact will not be hurtful.

Quebec separatism out, ethnonationalism in

Putting the eSports dispute to rest