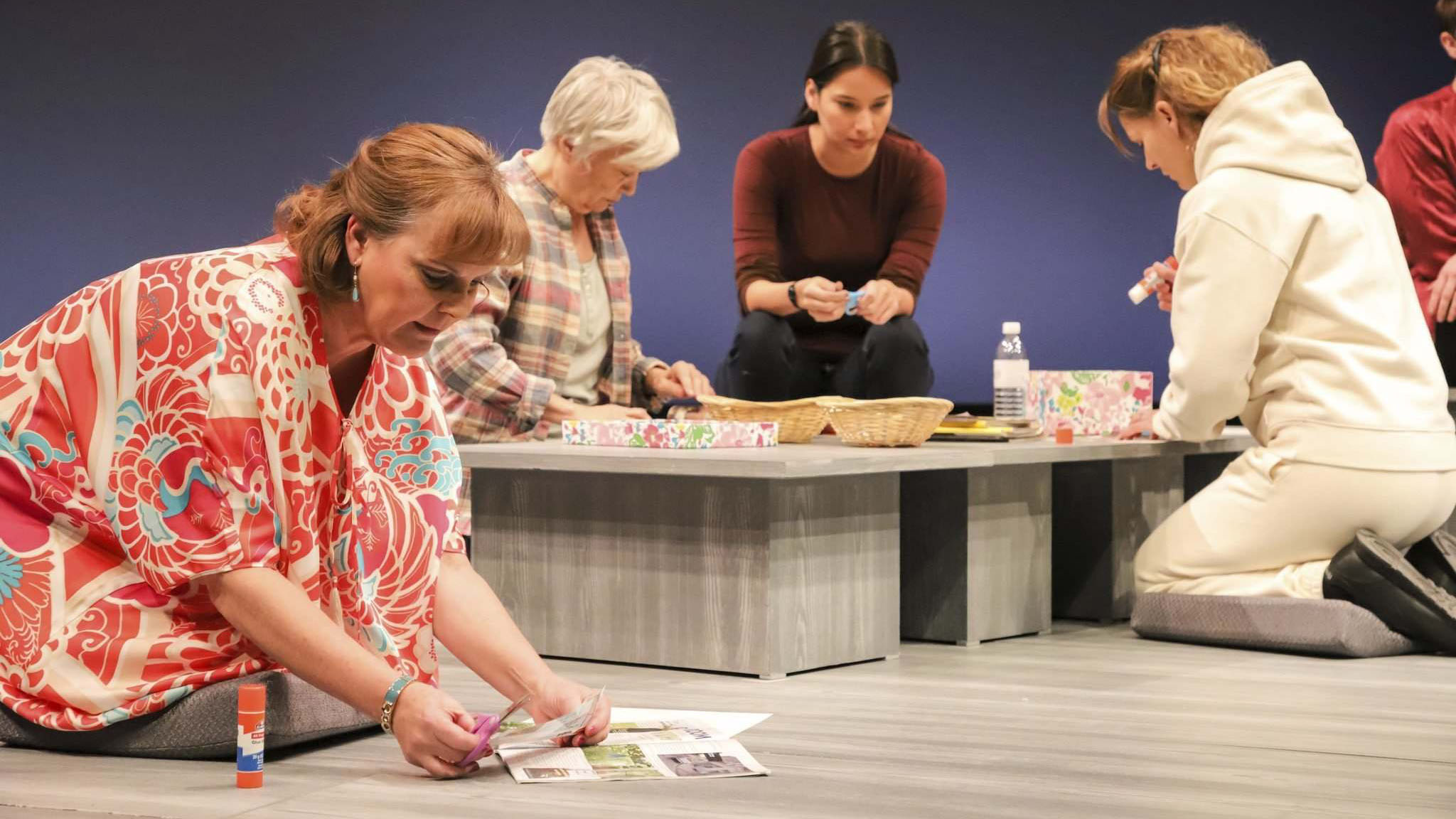 The play is both written by and acted in by Sinha.

An offshoot from her first play Crash— a solo performance of a woman’s journey of recovery — Happy Placetells the stories of seven women joined together within an in-patient psychiatric facility.

By working against the societal inclination to not deem true what is said by individuals struggling with mental trauma, Happy Placedelves deep into illuminating the human experience beyond the stigma surrounding mental illness.

The title is ironic to the setting, as it is in this very facility where the characters find fragments of hope. Although each character’s struggle is different, they find a haven from the physical and mental wounds imparted on them in each other.

Sinha’s story and the cast’s performance both allow the audience to delve into the crevices of the drama from a realistic perspective, rather than as mere observers.

One of the production’s merits is the cast’s composition from different ethnicities and ages. This diversity seen on stage gives new life to Sinha’s words, evoking the audience’s pathos toward an incident probable for anyone.

At its centre is Samira, a sexual assault survivor who the audience hears from most. Through her soliloquies, the audience learns of her assault and her search for the man who assaulted her.

Samira is admitted to the facility following a suicide attempt. Darla Contois, a Cree-Salteaux performer and playwright, captures the complexity of both frailty and strength in her gripping performance.

Alongside the patients is Louise, the group’s therapist who is brought to the stage by Daina Leitold in her PTE debut.

Leitold’s craft is clearly showcased in her capturing of Louise’s entanglement between compassion and strictness.

Helping the audience in their immersion in and understanding of the play, embedded throughout the dialogues are outbursts of laughter. Megan McArton’s and Jan Skene’s staging of Mildred and Joyce bring to the play a sense of humour, amid its prevailing sombre tone.

A brazen and harsh character, Mildred often uses sexual humour throughout her dialogues when speaking with the offstage nurses. And Joyce’s perky nature, prying into the affairs of the other patients, makes the perfect duo in bringing out some laughs.

Jamie Plummer’s minimalist set design, comprised of a few stools and built-in storages around the stage, allows for a deeper connection with the characters. The play’s sonic elements chosen by sound designer Deanna H. Choi augment the tense atmosphere set by the play’s snapping moments. Yet, ending with J.S. Bach’s Cello Suite No.1, a song familiar to most ears, gives a promising feel to its ending.

Happy Placecontains no insight to the elusive nature of healing, which was a common pursuit for the characters throughout the play. Instead, Sinha offers a moment of thought and recollection emphasizing the women’s identities not by their pain, but by who they are and the focus they put on moving forward.

“I don’t like to use the word healing because I don’t believe that one can get over or conquer the suffering that they have but we learn, and I’ll speak for myself, we learn to walk alongside it.”