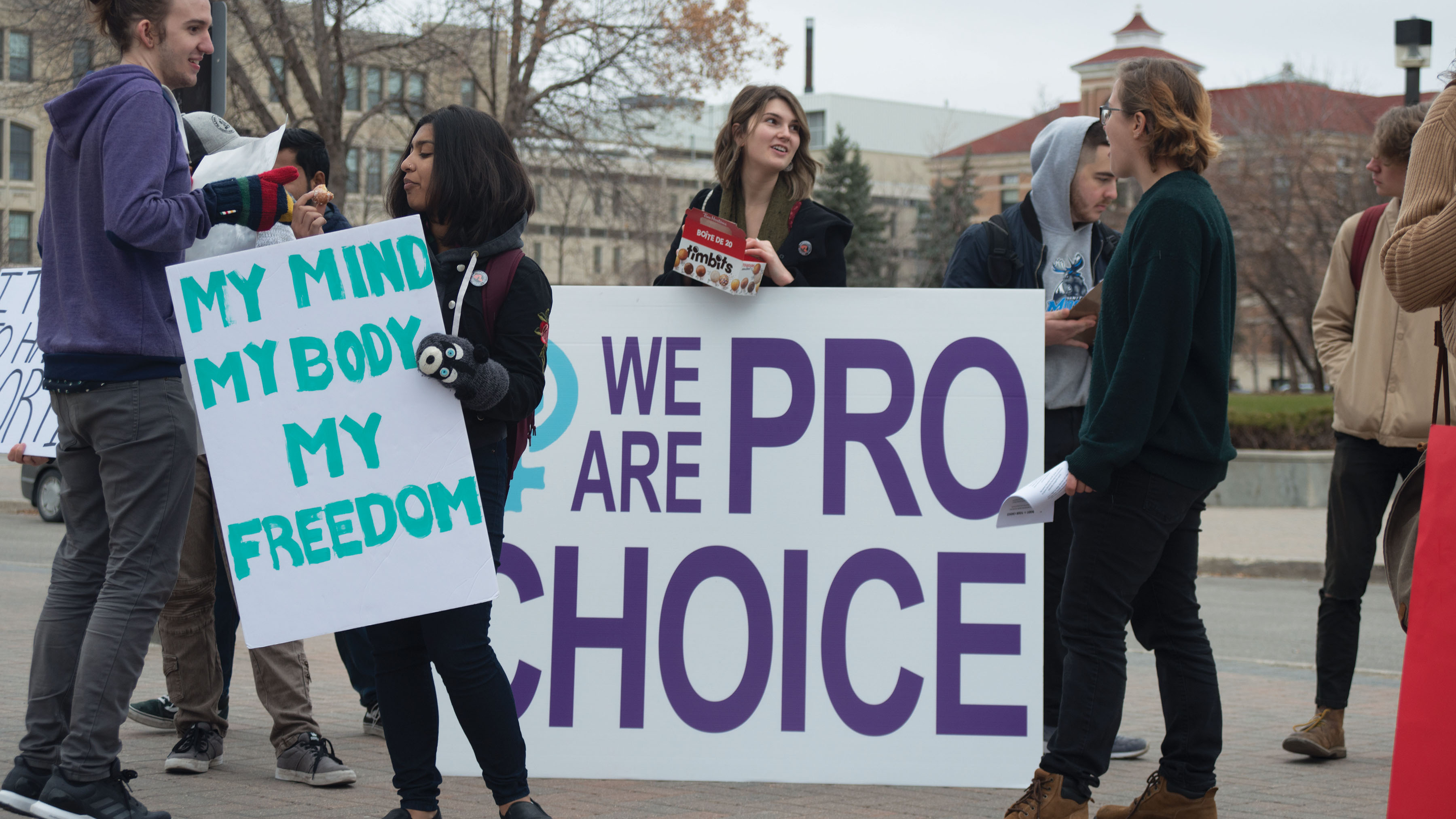 Three motions have been brought to the ASBC in the past two months, two of which are currently being edited by ASBC’s bylaws team, and one of which passed with approximately 75 per cent support.

The two motions under construction move to incorporate a safe environment policy into the ASBC’s constitution and to create a bylaw in the constitution that allows the council to include mission statements within it, respectively.

The passed motion gave the Action Against Anti-Choice Coalition (AAACC) — a chapter of the Revolutionary Student Movement — the support of the ASBC. The AAACC, which has been counter-protesting recent pro-life campaigning on campus, is a group of students working to “unite student groups, organizations and individuals in the battle against anti-choice rhetoric on campuses throughout Winnipeg and across Manitoba.”

The motion allows the AAACC to “use our name in regards to our policies, as well as ASBC’s practices, to further their efforts in promoting a safe and secure environment on campus and urge other faculties to do the same.”

This motion was passed at the ASBC’s Oct. 24 meeting.

It is expected the ASBC will vote on the two motions currently going through the bylaw committee at its council meeting Wednesday.

If the motion passes and the ASBC moves to include mission statements in its constitution, the first to be integrated will be in support of bodily autonomy.

ASBC LGBTTQ* representative Christina Trachenko, who originally put forward the three motions, said the motions encouraged a discussion within the council on whether the ASBC would be taking a side in the dialogue surrounding bodily autonomy.

“Most council members eventually agreed that being pro-bodily autonomy is actually the most neutral stance,” she said.

A preliminary motion was first brought forward by Trachenko in late September that, when passed, allowed her to conduct a survey of arts students on the passing of an eventual pro-bodily-autonomy mission statement. However, the survey was later scrapped.

“Given that the anti-abortionists were in the middle of their month-long marathon on our campus, we wanted to do something more timely,” she said.

Several ASBC representatives met separately on Oct. 22 to discuss how to present a stance in support of bodily autonomy.

According to Trachenko, the ASBC bylaws committee met to look over the motions over reading week.

— With files from Ty Brass

Close down to Hoe Down week