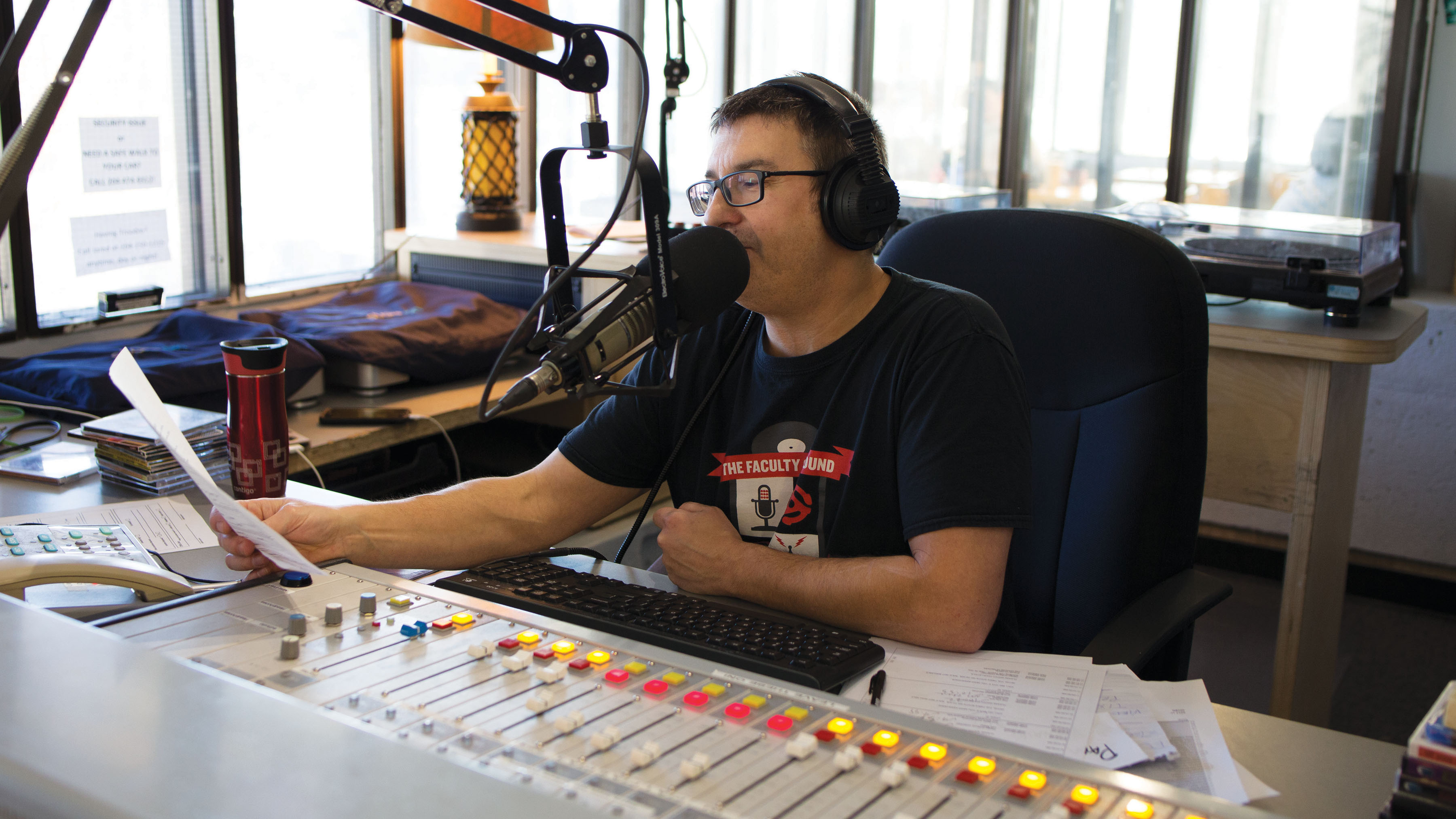 U of M radio station UMFM’s annual pledge drive Pledge-O-Rama ended Friday after raising $41,578 for the station — more than $5,000 beyond its goal.

According to UMFM station manager Jared McKetiak, Pledge-O-Rama has met its goal every year and has only become more successful over time.

“So seven years running and we’re, you know, on track to hit our highest total ever this year.”

The funds raised from Pledge-O-Rama account for about 15 to 20 percent of the station’s annual operating budget. The majority of the station’s funding is provided by student levies from both undergraduate and graduate students.

“What we found was that it wasn’t quite enough to, I guess, cover the cost of running the radio station,” McKetiak said.

“And so we started Pledge-O-Rama seven years ago to help offset those costs.”

The original goal amount was set to cover two projects for the radio station.

With the funds raised, UMFM plans to digitize its music library and add more ways to listen to the station around campus.

The station is aiming to install 25 to 30 new listening stations around campus, similar to the one in the tunnel from the UMSU University Centre to the science complex.

McKetiak said bringing UMFM to more spots around campus is more affordable than some might realize.

“During the last 16 years it’s become infinitely more affordable and doable, I guess, in terms of installing hotspots like that,” he said.

“Through the use of like a micro-computer or Raspberry Pi, and then using Wi-Fi wireless speakers we can comfortably do one listening station for about four to five hundred dollars.”

The concrete buildings on campus are not particularly conducive to radio waves and prevent on-campus listeners from tuning in to their own station.

“It’s kind of frustrating for us that probably the worst point of reception in the city for UMFM is on the U of M campus,” McKetiak said.

“So we know that there’s lots of support for the station here and we hear from a lot of students and faculty that they’re listening to us, but it’s all online. So, we just want to make it easier.”

The station is looking to “blanket the campus” with coverage, installing the hotspots in lounges across campus and even on the Bannatyne campus.

Even after the phone lines are closed, McKetiak said donations continue to roll in two to three weeks after the drive ends.

“It’s super awesome that the city of Winnipeg and sort of listeners, not only across the province, but people across the world who donate,” McKetiak said.

“It means a lot, I know to me, to the staff, to the volunteers, that people believe enough in what we do to give money towards it.”

According to McKetiak, UMFM receives approximately 450 to 500 donations each year. This, he said, is visible proof the radio industry is not going anywhere anytime soon.

“People talk about how radio isn’t really a viable medium anymore, and obviously I’m biased, but I disagree with that,” he said.