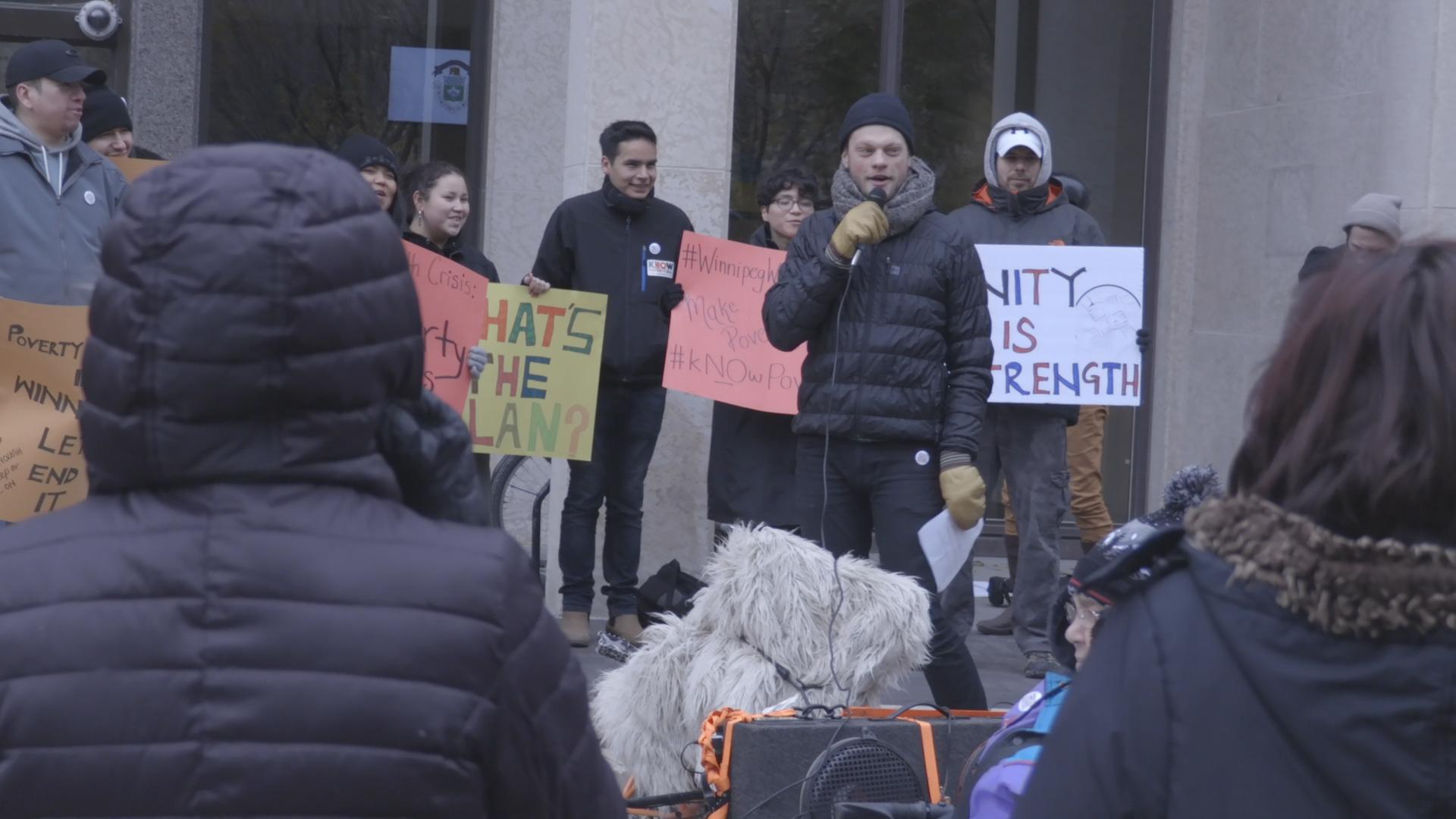 Manitobans marched from City Hall to the legislative building Thursday to advocate for a poverty-free province.

Lorie English, chair of Make Poverty History’s city working group and executive director of the West Central Women’s Resource Centre, spoke to the congregation about the Winnipeg Without Poverty report.

The report, which was published by the Canadian Centre for Policy Alternatives and has been endorsed by over 90 organizations, calls on mayor Brian Bowman to develop a productive poverty reduction plan.

“It’s time now that we pull together and we force the city, we make this an election issue, and we challenge them to really start talking about poverty and in a good way,” she said.

The plan includes 50 recommendations to the city, including the implementation of safe and accessible housing options, developing policies to monitor food security in the city and replacing the Winnipeg Police Board with a community safety group to oversee the Winnipeg Police Service.

The report also calls on the city to increase transit accessibility and service, especially in low-income neighbourhoods and spaces with recorded high public transit dependency.

The 50-50 transit funding deal saw the city and province splitting the cost of Winnipeg Public Transit operating costs. The deal, which was instated in the 1970s, ended in 2017. Any increases in cost are now the city’s sole responsibility, resulting in an increase in regular transit fare to $2.95 from $2.70.

“It is a responsibility of our government, civic or provincial, to be able to provide the important transportation that the people need to get to and from work,” Chaudhary said.

“Many people are making the choice between putting nutritious food on the table for their children or to be able to provide transportation to get to and from work, to be able to get to their job.”

According to a poll conducted by the union, 79 per cent of Winnipeggers support the restoration of the funding agreement.

“We’re asking all of you — ask your candidates, for city council and mayor, what is their plan to address poverty,” she said.

“How are they going to step up and be leaders that we know their city can be? Winnipeg is a great city with great citizens, and the majority of those citizens care about lifting up the most vulnerable people in our community. And it’s time to see that same leadership from our community, from our community leaders, in terms of our city councillors and our mayor.”

Winnipeg under new management, Bowman in the hot seat