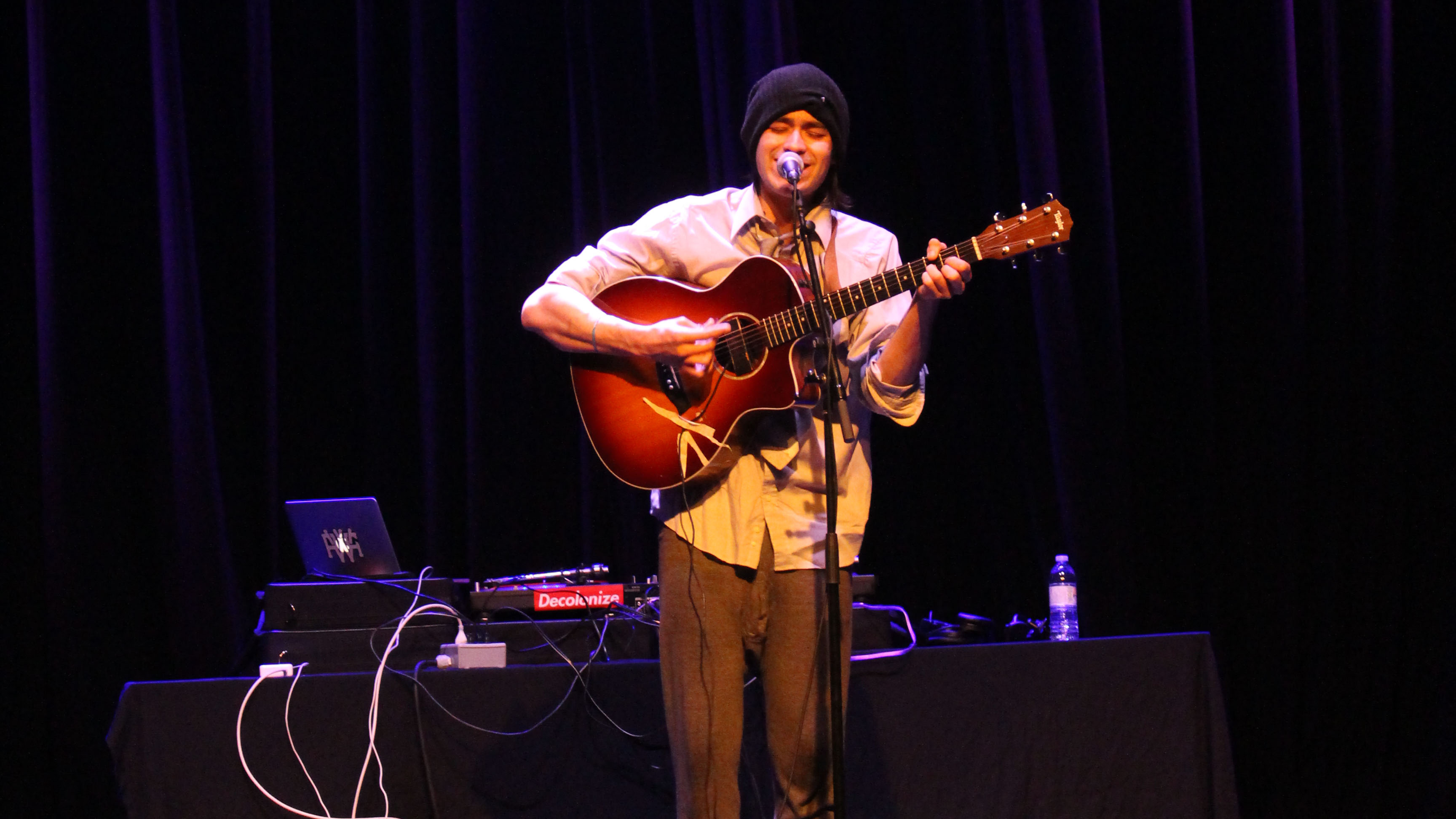 The Manitoba Indigenous Law Student Association (MILSA) hosted a talent show at the Park Theatre showcasing a great lineup of local artists and talents with a focus on Indigenous work last week.

It was the group’s third annual fundraiser, offering an array of entertainment featuring singer-songwriters, dancers and comedians.

The event also included a silent auction and all funds raised from the entire event went to those attending the Indigenous Bar Association’s 30th annual fall conference in November. The theme of the event was system disruption as it reflected on the necessary changes that must be made within the law in support of Indigenous people.

MILSA is a student-led association that advocates on behalf of Indigenous law students, offering support systems for problems present both inside and outside of classrooms.

Danielle H. Morrison, a third-year law student from Anishinaabeg of Naongashiing and one of the organizers of the fundraiser, said MILSA’s annual events are aimed toward offering financial support for Indigenous law students at the U of M.

“The Indigenous Bar Association’s conference is where we can actually connect with other Indigenous students, practicing lawyers [and] academics to actually get that support that we’re lacking in law school,” said Morrison.

It is one of the largest events that Indigenous law students attend all year, bringing keynote speakers from different areas of law. The conference will be held in Saskatoon, Sask. between Nov. 1-3, discussing ways in which child welfare and Indigenous law can be codified in the legal system.

Morrison said that the fundraiser and the conference share the same theme.

She said the fundraiser was “very fitting in the way the legal community has been affected by some very seminal verdicts that are forming out of the Gerald Stanley trial and the Raymond Cormier trial and so we’re at a very important time for law,” said Morrison.

“Being Indigenous law students, we’re faced with some interesting conversations at the law school, and I thought it would be very fitting [that] the event that we’re hosting to be the same theme as the conference.”

Jacqueline Pelland, a member of the Treaty 1 Métis nation and a performer at the event, said she found inspiration from 2018 Polaris Award winner Jeremy Dutcher’s recent comment on what he calls the “Indigenous Renaissance,” writing an entire song specifically for the event.
“If you look at art as a system and who’s controlled the narrative for so long, it’s very European colonial,” said Pelland.

“To have sort of that idea of reclaiming the renaissance to infuse it and transform it with an Indigenous lens of people of all nations. It’s really wicked and I’m super excited about it.”