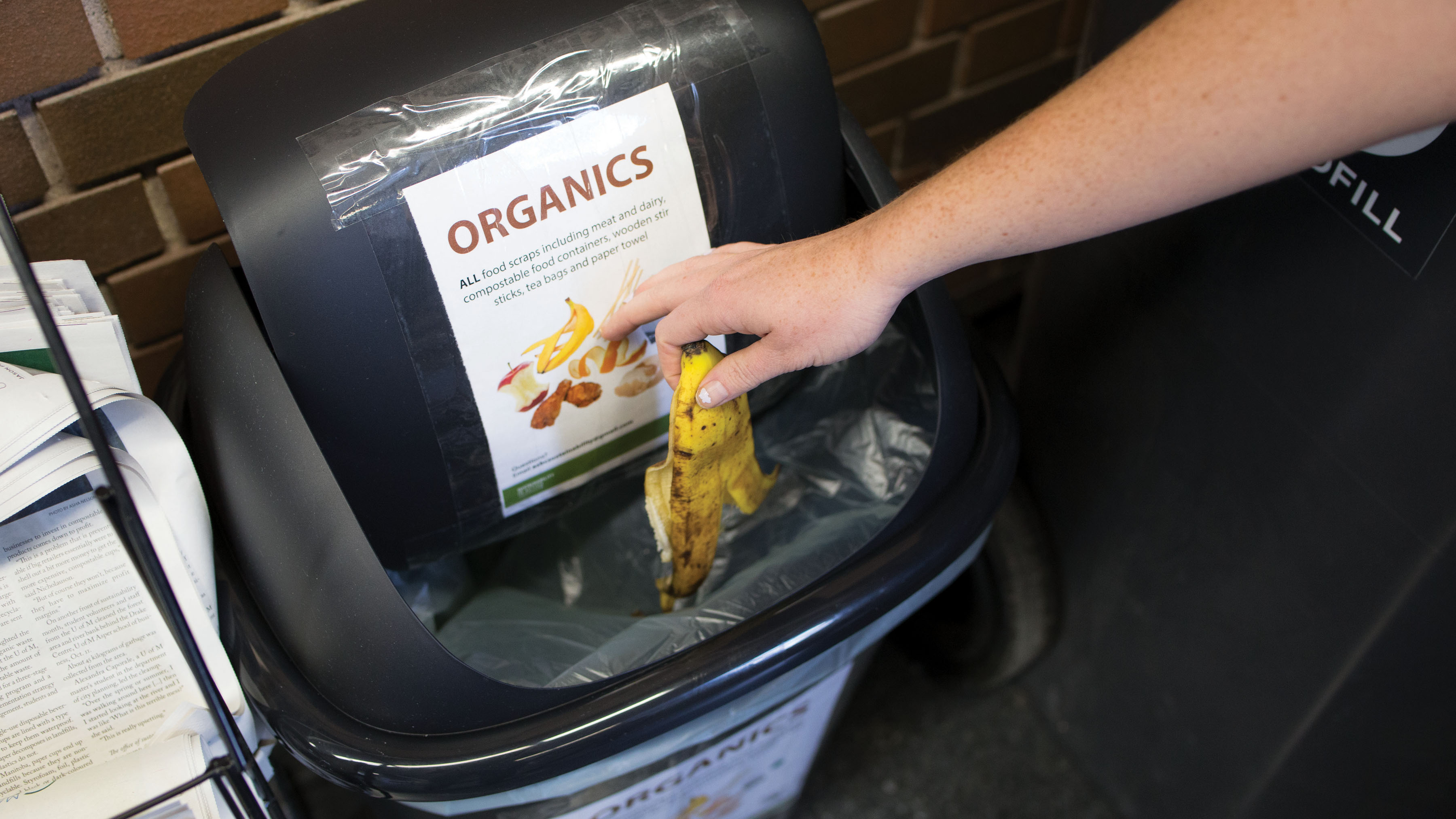 Compost bins have been placed throughout the Fletcher Argue, Isbister and Tier buildings, and students are encouraged to use them to dispose of organic waste, including coffee grounds, food waste and used paper towels.

While the ASBC has been looking into the project since 2017, work only began this summer.

ASBC director of sustainability Chantal Delaquis has been a driving force behind the program. Delaquis joined the ASBC in August and immediately prioritized getting a composting program in place.

She said a sizeable portion of the U of M’s current waste is compostable.

“When I was coming up with the proposal I looked at the waste audit that the office of sustainability did last year and over 50 per cent of our waste is compostable,” she said.

“There are other universities that have composting in place already and I just thought that as one of the larger universities, or the largest, in Manitoba, we should definitely have that as well to set an example for sustainability.”

These compost bins are a first for the U of M. According to Delaquis, the ASBC experienced some pushback from the university administration.

“There’s a lot of concern from maintenance and physical plant about things like fruit flies, and smell and animals and those types of things,” said Delaquis.

“So it took a lot of diligent planning to show them that I had a step-by-step way to deal with these issues so that they wouldn’t have to, because we don’t want to put extra work on the maintenance staff for this type of thing. It’s entirely student-run, with student volunteers.”

Despite concerns from the university, Delaquis said she does not expect there to be any maintenance issues with the program.

“I have volunteers scheduled every evening to at least check on them, or empty them if needed, and clean them, so we’re hoping that’s not going to be an issue.”

The program is what Delaquis calls a “pilot project,” and the first eight-month run is expected to cost anywhere from $1,500 to $1,800.

According to the office of sustainability, the U of M will be covering 50 per cent of the cost of pick-up and “look[s] forward to receiving data on this pilot.”

U of M spokesperson John Danakas said the maintenance concerns did not affect the university’s support for the program.

“The university, through its office of sustainability, is fully supportive of the composting initiative, helping pay costs and attract volunteers,” he said.

“Discussions regarding logistics and risks are necessary for the success of the initiative.”

Delaquis said the initial plans were scaled back to keep the program within budget.

“We originally wanted to start with nine compost bins around the faculty of arts,” Delaquis said.

“We reduced it to five […] for cost reasons. Otherwise, I think it’s a really great investment for the Arts Student Body Council.”

Delaquis noted the program is already inspiring students on campus.

“A couple of weeks ago somebody from the engineering faculty contacted me, because they’re trying to get some composting in their faculty as well,” she said.

Delaquis said she hopes more student groups will take the initiative to grow the program with the goal of eventually having more compost bins spread out across campus.

“Long-term, we want other student groups to kind of take the initiative to get it started so we can have it across campus,” Delaquis said.

“And then from there, hopefully the administration will see it’s something that’s really important to students here.”

Drought signals need for sustainable agriculture
Climate challenges lie ahead, but governments can reduce risks by investing in food

The future of aerial vehicles