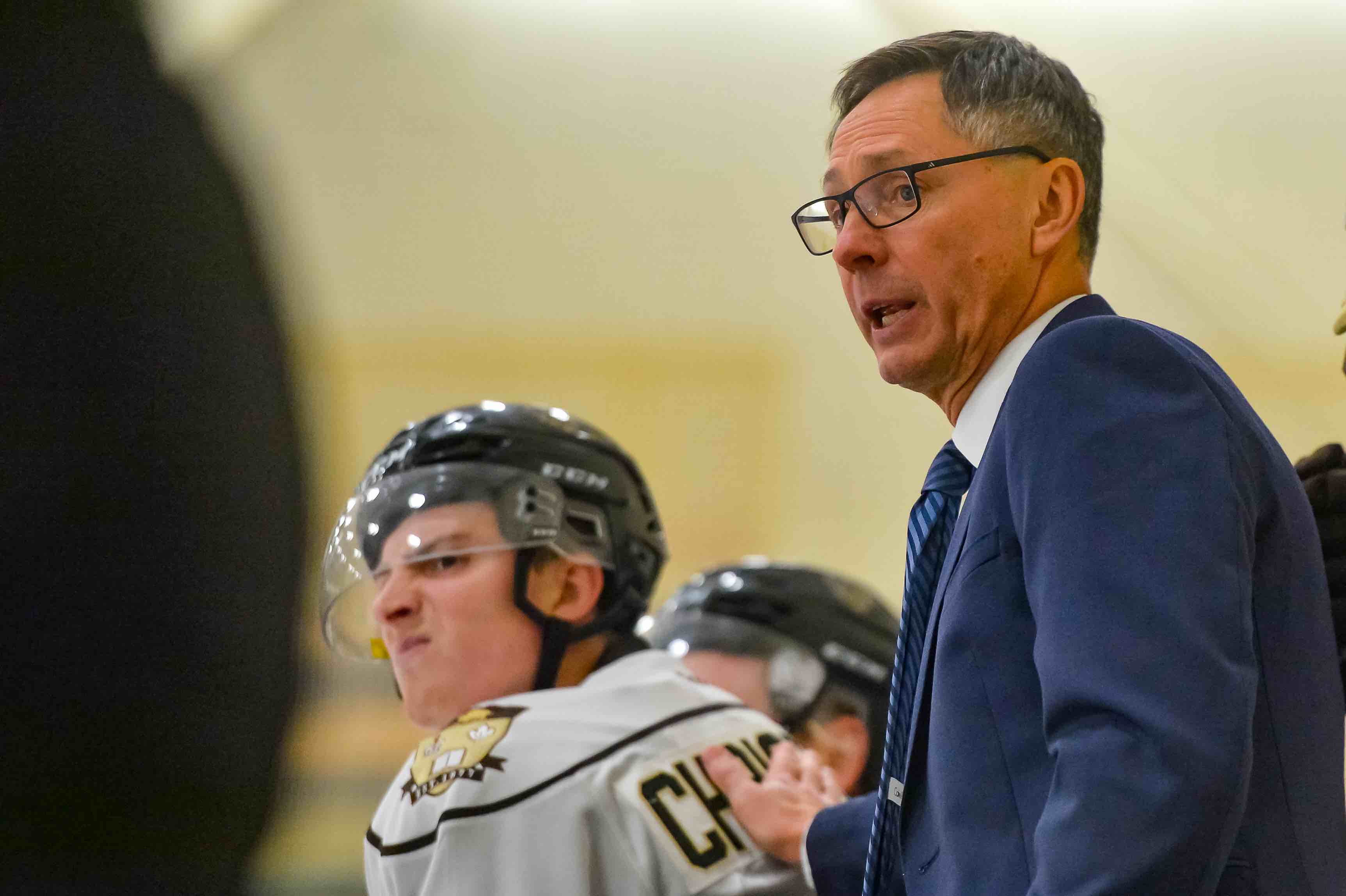 The U of M Bisons men’s hockey team was back in action Friday night, taking on the University of Alberta Golden Bears, stunning the defending champs with a 3-2 comeback win.

The two teams played with fire, exchanging hacks, slashes and barbs throughout the game. Manitoba used it to its advantage, clearing rebounds and clogging passing lanes.

“We need to be aggressive on our forecheck, as I said, working hard — working with purpose though — and being physical when those opportunities are there.”

The game started poorly for the herd, as a powerplay goal lifted the Bears up just over a minute in. Luke Philp sent a cross-ice pass to Cole Sanford and he went shelf on Bisons goaltender Byron Spriggs for the 1-0 Alberta lead.

The Golden Bears powerplay kept clicking eight minutes later, as Philp connected with Sanford again to give Alberta a 2-0 lead in the first period.

In the second, Manitoba got a goal on its own powerplay. Devon Skoleski banged home a rebound, setting the stage for heroics by the captain.

At 7:23 of the second, Brett Stovin picked up a drop pass from Liam Bilton as the herd entered the Alberta zone. Stovin toe-dragged and went bar down, knotting the game at 2-2.

“When you’re down 2-0 and the guys are starting to sink on the bench, as a leader you wanna do something that’ll get them back into it,” Stovin said.

“So that first goal kinda got us going and we kinda said on the bench, ‘Keep going.’ And, I mean, getting that break, coming in on a two-on-one […] my heart started going and I was like, ‘This is the chance. ’”

Manitoba completed the comeback in the third off the stick of Nick Zajac. Adam Henry picked up the puck while trailing the play, sent a pass to Brett Brooks, and he went cross-ice to Zajac for the finish, giving Manitoba a 3-2  lead and the win.

“It’s a good feeling, haven’t put the puck in the net for a long time — I think it was November of last year — so wasn’t really too thrilled with the second half of last year leading into the playoffs. So, it’s nice to get the first one out of the way.”

The Bears and Bisons will be back in action tonight at Wayne Fleming Arena. Puckdrop will be at 7 p.m. CDT.