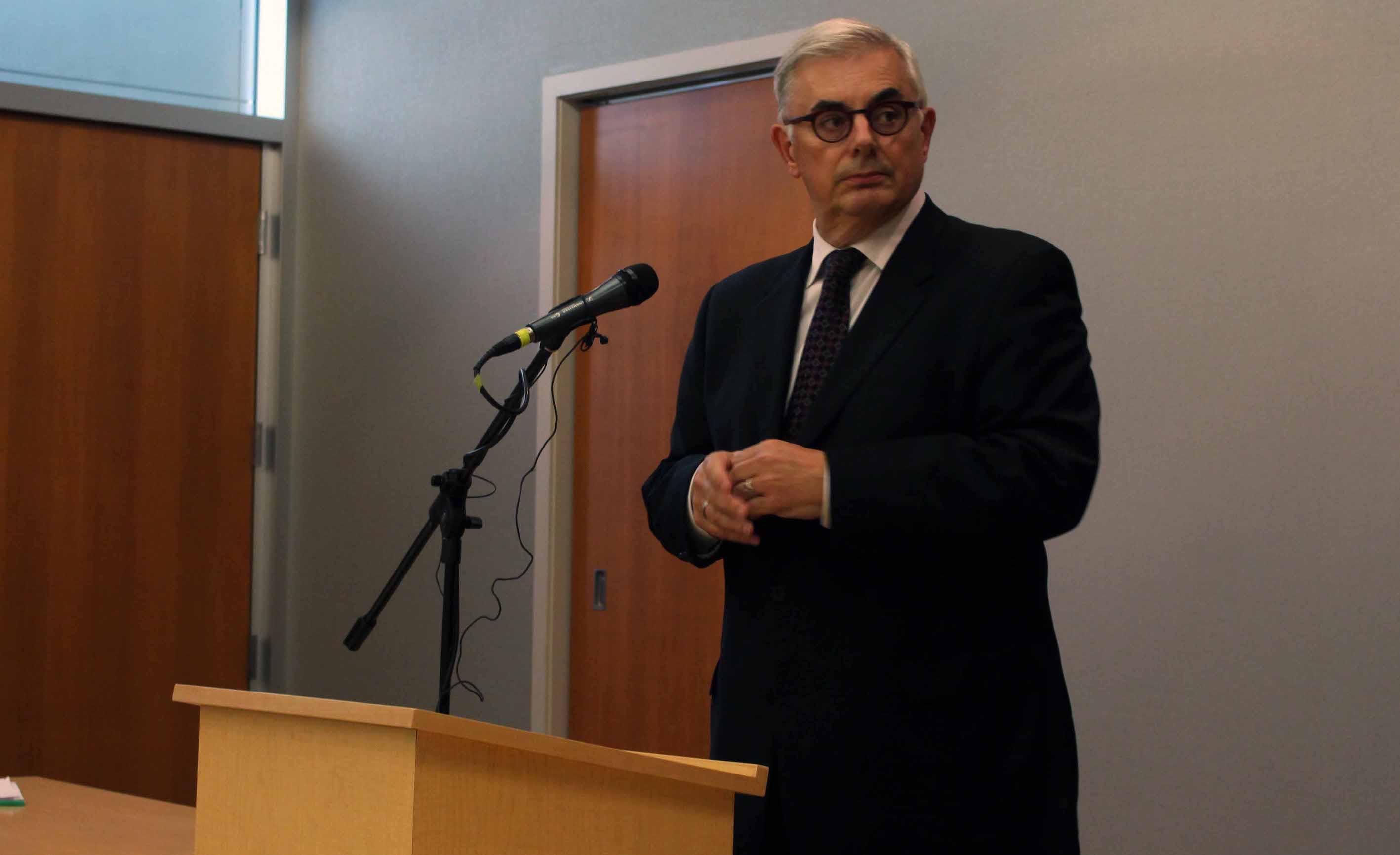 As the U of M administration continues to develop its policies to combat and prevent sexual violence on campus, students have had an array of reactions and responses to several cases of sexual misconduct from professors toward students that have recently become public.

On Sept. 5, the first day of classes, U of M president and vice chancellor David Barnard called a press conference and issued an apology to students affected by inappropriate behaviour on campus.

It was reported this week that former jazz professor Steve Kirby has been arrested on charges of sexual assault relating to an alleged incident that occurred while he was a professor at the U of M.

Asim Ibrahim, a second-year student in the faculty of science, said the recent influx of news surrounding sexual violence on campus was indicative of a wider issue.

“It’s quite surprising that something like this would happen here,” he said.

“Over the last year, we’ve heard many instances of sexual misconduct all over the place, but when it happens close to home, it serves as a clear reminder that this is a real problem everywhere and that everyone should deposit their efforts to make sure that post-secondary institutions should be safe for all students.”

Christine Hildebrand, a fourth-year philosophy student in the faculty of arts, said she is concerned about the intentions of the administration after learning of the media conference and ensuing apology.

“Personally, I find it difficult to tell whether the administration’s apologies and promises to act against sexual violence on campus are coming from a place of concern and compassion for students […] or whether they are primarily concerned about making themselves appear as though they care about the physical and mental safety of students as a way to protect themselves from losing students — and thus, losing money — in the future,” she said.

Hildebrand added that she hoped for improvements to the U of M’s mental health services. As part of a release by Barnard on Sept. 5, it was announced the university will be expanding its support services for those affected by sexual violence.

“I also believe that mental health services, as they currently exist on campus, will need to undergo some changes if our university is serious about caring for those who have suffered sexual violence, as well as other mental health concerns,” she said.

“At the very least, we need to have multiple counsellors who are well-trained in areas concerning sexual assault available on campus each day of the week. We need to have more mental health services available in general.”

Third-year faculty of arts student Mohamed Soussi Gounni expressed concern over how long it took for the U of M to comment on the cases.

The university was first approached with complaints involving Kirby in 2012. He quietly retired in June 2017 after being on leave for six months. Winnipeg police became involved in the investigation in June 2017. Charges were laid in June 2018 relating to a 2014 incident.

“It is honestly very disappointing to see that it took so long for the administration to do anything about it,” he said.

Gounni added that the focus on consent training seems like a positive first step. Student groups on campus can participate in consent workshops hosted by student group Justice for Women, and it was announced at the media conference that all new faculty and new academic administrators “learn about consent culture, sexual violence policies and responding to disclosures” as a part of their orientation.

“I feel like mandatory consent training will be key to avoiding a similar situation from happening again, he said.

“Jakob [Sanderson, UMSU president] and his team are on the right track, I believe, with the prioritization of consent culture, and the administration should seriously look into implementing it.”