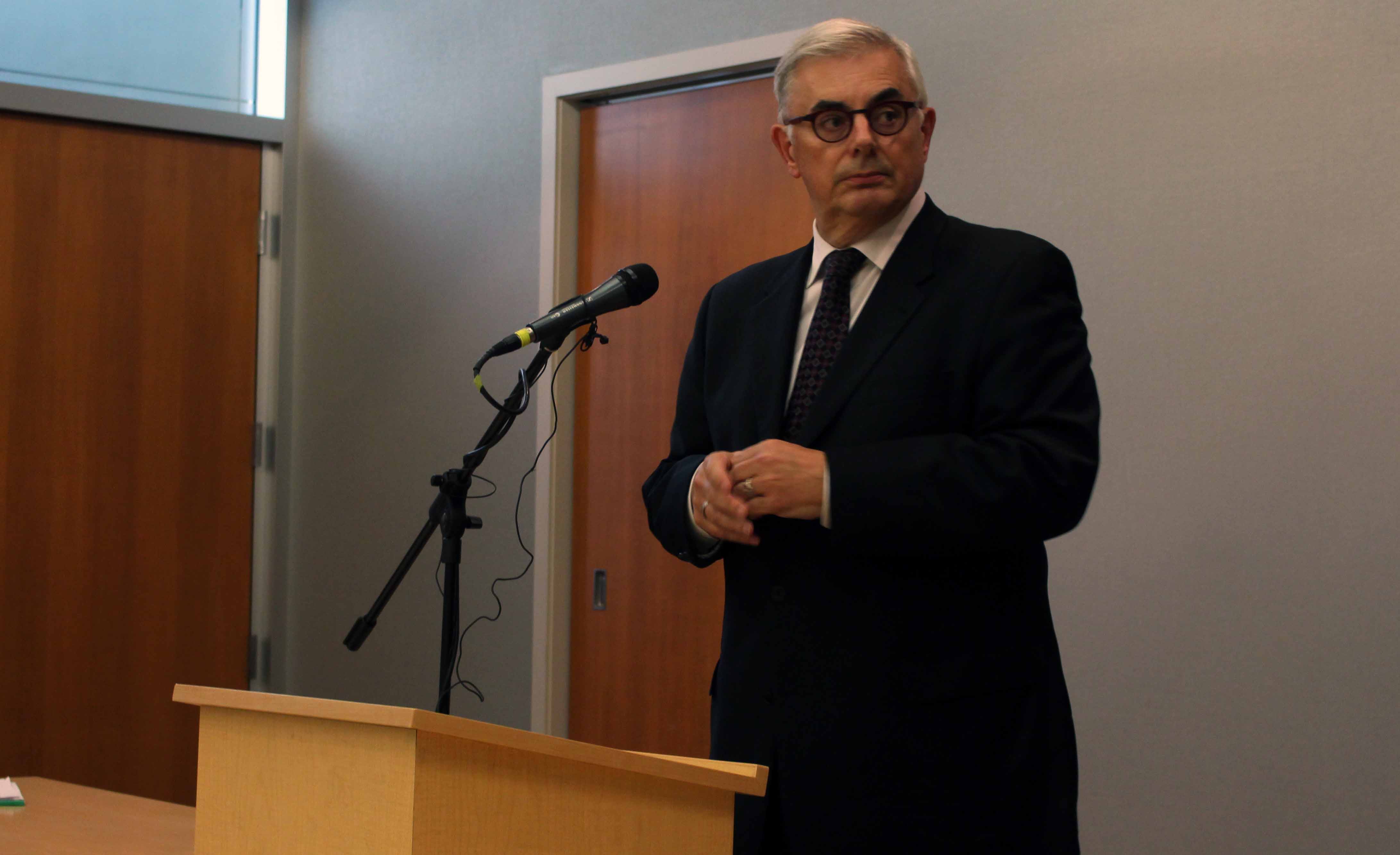 Public apologies serve to quiet, to mask, to chill. For this reason, president Barnard’s words must be rejected.

Once offered, the onus turns away from the perpetrator and attention becomes fixed on the question of the apology itself. Was it well-intentioned? Well-staged? Should its targets accept it?

These are all irrelevant questions while living under a crisis of justice.

The #MeToo movement has brought to the masses a style of consciousness-raising once practiced locally by radicals in the feminist and lesbian-separatist movements. What this practice reveals (as experienced in the black power movement, and the workers’ movement prior) is a common ancestry — that the plight of the downtrodden is not simply reducible to individual idiosyncrasies or personal failings, but rather structural features of society and its failings.

The public process of accepting that the condition of women constitutes a crisis of justice means we have achieved progressive momentum which cannot be afforded as a loss. Apologies issued from the detached leader of a powerful institution which does not speak on behalf of the perpetrators is a distraction from the pressing project of creating change in the interests of those marginalized by current practices.

Some changes they are.

Students are told they will receive better supports on campus. Meanwhile, existing university mental health supports are by definition mere general counselling services, lacking in high-quality professional care. Pre-existing infrastructure is unable to even support its own services. Already, the student counselling centre is said to hear approximately five cases pertaining to sexual harassment or violence a week, annually coming to over 250 cases.

Expanding resources for services that are already choked is not what makes the administration’s proposals unsatisfactory. Even sinking ships need someone bailing water. No, it is the generally vague character of the recommended changes — reviews of old policies with zero new directions identified, “more” resources, as well as “more” mandatory orientations, workshops and community consultations.

These latter changes pick up on the minutiae of a much larger issue: that sexual violence is a fundamentally cultural problem. Solving it will require pulling at the very levers of culture itself.

Apologies and institutional measures alone will do nothing to quell the waves of sexual violence that have been washing over society since its conception.

In the meantime, it is possible to shift culture through institutional means at sites of intersection. One site is the way law and order doles out privilege unequally. This manifests in current disciplinary procedures and privacy laws that enable predators to keep calm and harass on. Turning the cultural tide will require the seizing and reorientation of such systems.

Contrary to the liberal dictum running amok in common explanations of legality, law maintains and dynamizes the motions of power in society. Legal regimes are not neutral bodies possessing glacial indifference. Insofar as law grants and rescinds privileges, it does so on a basis determined by those who control its institutional articulation. Take general legal rights as an example. When the system of law went unchecked, rights were retained exclusively for the powerful. See the storied struggle for universal suffrage and the recent inclusion of marginalized groups in the “human” camp with the implementation of anti-discrimination codes.

In the recent past, legal entitlements were exclusively granted to a propertied class of men while upheld by a mythos of universality whose narrative preached “rights for all” in the abstract. Discourse surrounding employment privacy law functions similarly.

It was claimed in the Manitoban that stories like Steve Kirby’s should not lead us to strip away employee privacy protection. Allegedly, workers will lose if we dismantle these protections. This demands the unapologetic follow-up: which workers? And whose rights?

Part of the legislation encoding these privacy laws is the Workplace Health and Safety Act. It should be obvious by now that it is effectively his safety and his protection these laws have in mind. His rights will be lost if we modify privacy laws to centre legal power on victims of sexual harassment (a supermajority of which are women, not men).

In the academic context, privacy laws currently serve to protect the identities of individuals found guilty by university investigations of committing sexual misconduct, harassment or violence, whether the acts themselves fit a strict legal definition or not. Especially troubling in the university context is the problem of excessive professorial power over students, compounded by laws which do not allow universities the ability to disclose publicly that a teacher is or was the subject of an investigation.

This at once endangers potential students while offering a line of flight for privately disgraced teachers — they may flee the scene of the crimes, leaving their sins, resulting carnage, and accountability behind.

With marginalized students’ interests in mind, privacy law should be amended such that an institutional roster is created which publicly records teachers under investigation as well as those found guilty. Some are prone to shelve this proposal as self-evidently silly. “The costs outweigh the benefits,” or “This makes it too easy to abuse the system.” Quick conclusions like these rest on a crude utility calculation embedded with two problematic assumptions: a high-risk tolerance for women’s safety and doubt-casting on women’s credibility as accusers.

Alongside building a public information infrastructure for victims and potential victims, we must harken for a comprehensive disciplinary regime  — this, in an institution with the notorious precedent of having stricter guidelines in place for accidental plagiarism than sexual harassment. Institutional space must be carved out for disciplinary committees with the power to mete out consequences as swift as they are severe.

In order to be effective, disciplinary arms must have reach into the domains that matter. If predators will flaunt basic acceptable conduct, then they must be forced to listen with a well applied corrective: institutional power.

Desirable punitive mechanisms include salaries and funding being subject to reduction, threats to prestige and academic standing, scrutiny of credentials, suspicion toward teaching powers, revocation of privileges, a categorical ban on all professor-student relationships and, as a finale, the viability of terminations and expulsions.

Some may protest that this threatens collective bargaining, emboldening employers, but of course, the critique here extends to unions just as it does administrations and larger legal regimes. The interests of labour are not to be axiomatically privileged over the interests of women.

Sexual harassment, violence, gross displays of what some merely label misconduct: all are impermissible. Every student deserves to be treated as one among equals — typically, this is what one calls “justice” in the public square.

When this standard is deviated from, retribution is rightful.

And, as one French revolutionary helpfully reminds us, “to punish the oppressors of humanity, that is clemency; to forgive them, that is barbarity.”