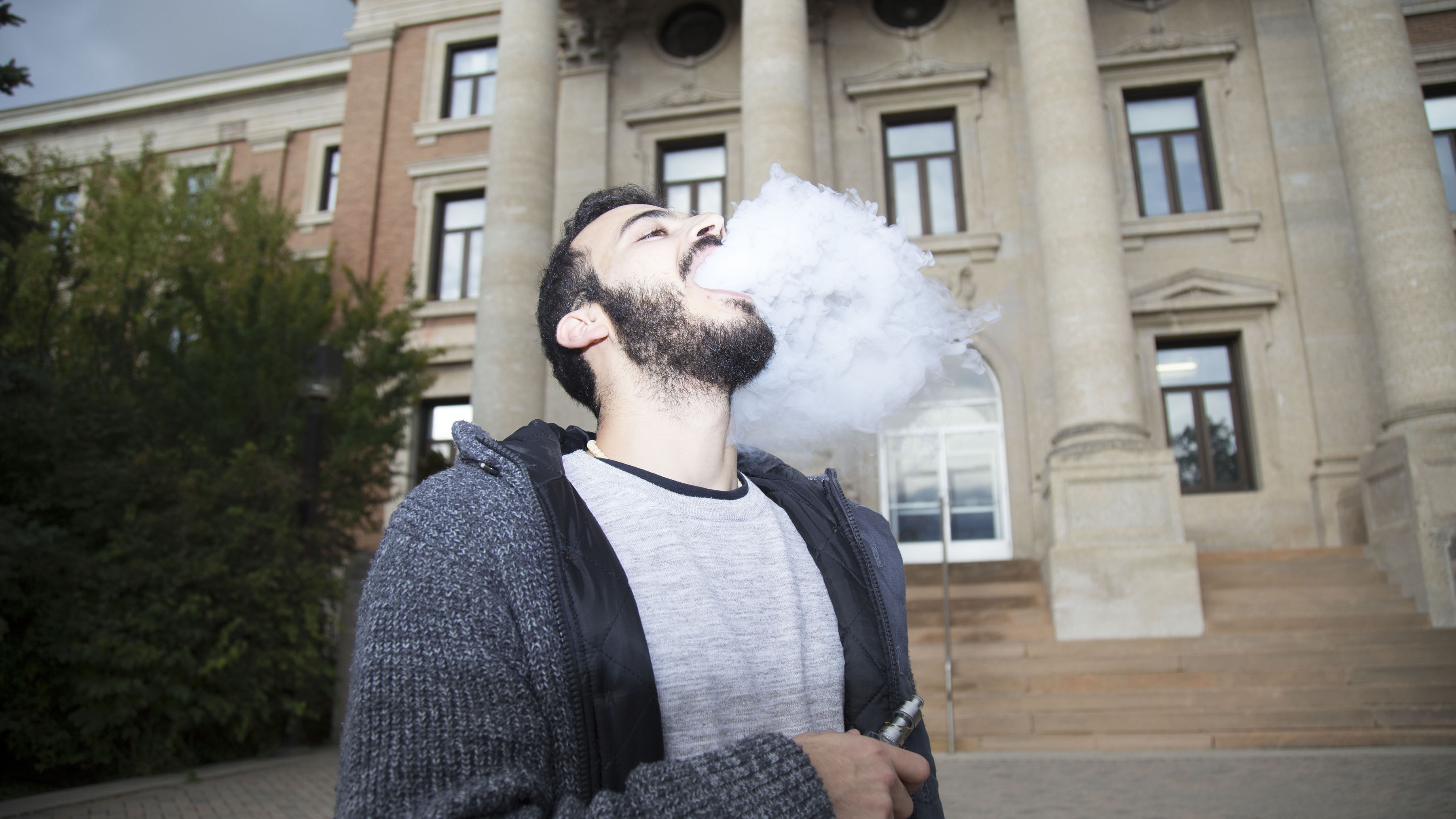 The U of M Fort Garry campus is looking at going smoke-free.

The announcement comes after a Sept. 13 report from the Canadian Cancer Society, which showed there are 65 “100 per cent smoke-free” campuses in Canada. That number is up from 30 campuses in 2017, and four in 2007.

The report shows a growing number of Canadian campuses are banning smoking completely both indoors and outdoors and encourages more universities to follow suit.

Any smoking restrictions would reportedly not include Investors Group Field events.

U of M Fort Garry campus policy does not allow smoking of any kind either indoors or within eight metres of any buildings, but otherwise students are free to smoke on campus grounds. The U of M’s Bannatyne campus has been completely smoke-free since 2006.

The University of Winnipeg implemented a smoke-free policy in 2008, which was updated in 2015 to include vaping and e-cigarettes.

U of M spokesperson John Danakas said a ban is not necessarily being considered. Rather, the university, following the language used by the Canadian Cancer Society, is considering ways of “creating a smoke-free campus.”

Danakas said the conversation is still in the early stages and would not give specifics about what the transition would look like.

While there is no timeline in place, Danakas said “the conversation will include all relevant groups on campus, and with the appropriate support something could happen next year or in the coming years.”

Other universities have opted to create designated smoking areas instead of banning smoking outright.

The Fort Garry campus spans nearly three square kilometres. If a student has back-to-back classes, they may have only 10 to 15 minutes to travel from one class to the next.

That may not be enough time for a cigarette if they have to leave campus to do so.

Erin Minor, a student and smoker, said, while she did not support a campus-wide ban, designated smoking areas would benefit students.

“I would say I’m against it,” Minor said. “Just because I know several smokers — especially [considering that] I’m in the fine arts department — and there are many smokers among us here.

“I believe if there were regulated smoking areas it would be better than banning it across the entire campus.”