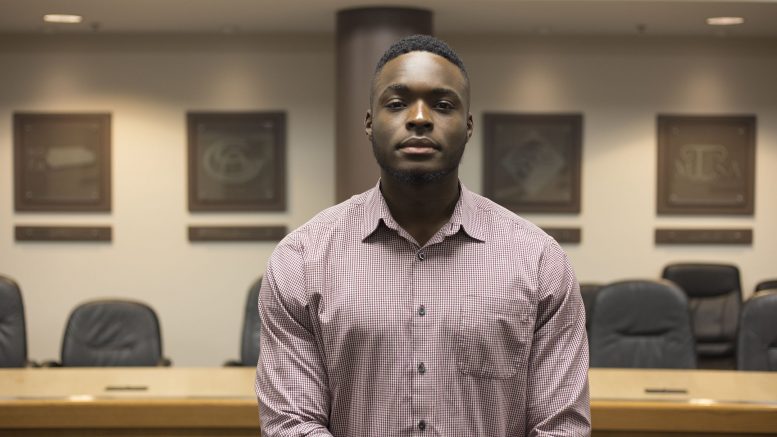 As the provincial government drives hikes in tuition and reductions in student needs by cutting funds to public university education, many international students feel they are bearing the brunt of the consequences.

The 6.6 per cent increase in tuition announced earlier this year applies to all undergraduate and graduate students, including those from outside of Canada who pay more than three times the fees of their resident counterparts. A rise of 6.6 per cent translates to just under $300 for resident students, and just under $1,000 for international students.

Unique to international students, however, have been the recent announcements that the province will  scrap their universal healthcare coverage to save $3.1 million, becoming the first province in Western Canada to do so.

Cristina Aliu, an international student from Spain and vice-president of Arts Student Body Council, has already been forced to rethink the way she will approach her studies in the upcoming school year.

“These changes definitely affect my own experience here as an international student,” she said.

“As I will now have to rely more on scholarships to be able to afford tuition and if I do not receive any, I may have to work extra hours this upcoming year to also afford all my living costs, resulting in less time to be focused on school.”

“Without a doubt, international students compare which school will be best on the basis of tuition and quality of education,” Otisi said.

“With this increase in tuition, the University of Manitoba will witness a decrease in the admission of international students.”

“Our presence in Manitoba greatly influences the economy and diversity for the better, and increasing tuition for international students would likely make it more attractive for some of us to study somewhere else,” she said.

International students make up about 18 per cent of the U of M’s student body.

Aliu said that while these funds would be “very helpful,” she still believes more could be done. Otisi referred to the funds as “a start.”

UMSU president Jakob Sanderson said that the student union would continue to pressure the provincial government into reconsidering these recent changes.

“We will continue to advocate for more affordable education for international students,” he said.

“And we would warn the provincial government that they risk becoming a far less attractive option for international students if they continue these types of dehumanizing measures. That will have negative effects on our campus and economy.”

Sanderson added that UMSU was currently involved in the process of finding a healthcare provider that would allow students the highest level of coverage possible.

UMSU has unanimously supported international students’ issues in the past — in March, the student union encouraged its members to support petition E-1524, which calls upon Minister of Immigration, Refugees and Citizenship Ahmed Hussen to allow international students to use full-time paid experiential and work-integrated learning experiences toward their residency applications.

Aliu said that while she has yet to receive any direct support in the process of helping her transition to private healthcare, she believes that the UMSU board of directors will provide support to her and other international students during this trying time.

“I know that UMSU will be working hard to make university more affordable for both international and domestic students, through new initiatives, and that they will put the students’ interests first as opposed to monetary benefits,” she said.