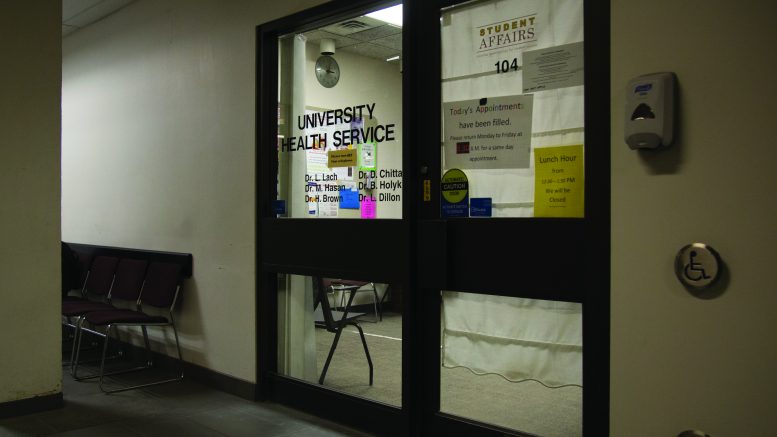 The provincial government announced March 27 it plans to cut universal healthcare coverage for international students enrolled in post-secondary institutions across Manitoba beginning in the fall of 2018.

The government expects to save approximately $3.1 million by cutting healthcare for foreign students and compelling international students to pay premiums for private coverage during the course of their studies.

U of M executive director of public affairs John Danakas said the U of M “deeply value[s]” international students, and the university continues to advocate on their behalf to the provincial government.

“When the government’s changes were announced this month, the university promptly informed students and, in fact, moved quickly to alleviate stress on international students by committing to addressing the new costs in the transition year of 2018-19,” he said.

Danakas added that the U of M is working closely with other post-secondary institutions on this issue, and that the university will keep students informed via regular e-mail updates.

“We have also met with UMSU to ensure that any health insurance is compatible with UMSU health and dental coverage,” he said.

Tanjit Nagra, outgoing UMSU president, said international students enhance the campus experience for all students studying at the U of M.

“Many of these students are involved on campus through various student clubs or associations, and volunteer their time to give back to our community, all while enhancing the student experience of themselves and those around them,” she said.

Nagra added the upcoming policy change will “negatively impact the U of M” and other post-secondary institutions in the province.

The PC government passed Bill 31- the Advanced Education Administration Amendment Act – in November last year. The bill rolled back legislation put in place by the NDP in 2012 that held tuition increases to the rate of inflation.

The province also reduced the operating grant for post-secondary institutions by 0.9 per cent when it unveiled its most recent budget in March. The U of M announced last week that it will increase tuition by 6.6 per cent for the upcoming 2018-19 academic year.

The policy change, coupled with the upcoming tuition increases, will compel students to look at other provinces that offer universal healthcare coverage, Nagra said.

“The provincial government needs to step up and invest in our education, it’s in their jurisdiction to do so,” she said.

“Itis not our job as students to pay off the provincial deficit,” Nagra said.

“The government in [this] way is limiting us,” she said. “There are some inhibitions now, attached to being an international student in Manitoba.”

Jalali said the changes will make Manitoba a less attractive option for foreign students looking to study in Canada.

UPass back on the table