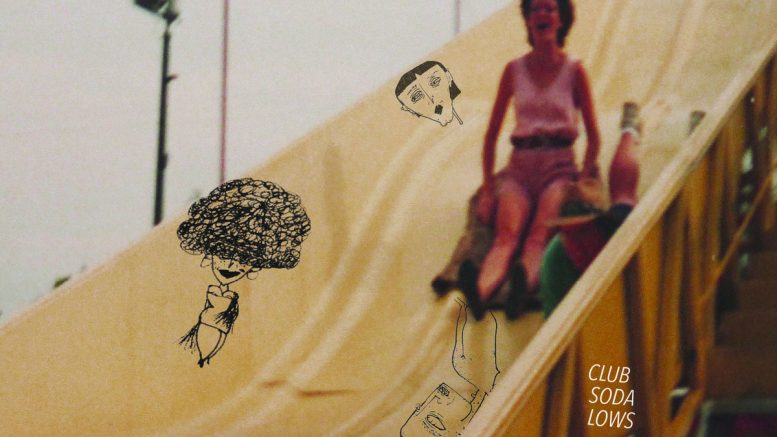 On March 23, housepanther released its debut album Club Soda Lows on Bandcamp, a solid effort that effectively pulls off a stripped-down slacker vibe.

Describing the music as “power pop for the anxious peeps of the world,” housepanther lives up to the band’s credo. Club Soda Lows has a nostalgic ‘90s feel to it, with poppy riffs and snappy drumming.

Lead singer and guitarist Bailee Woods crafts relatable lyrics about millennial woes such as online dating, dreading the gym, and one-night stands. Her sweet and monotone vocal performance makes the album easy to sing along to. Her simple and repetitive lyricism with the melody carrying vocal oo’s and ahh’s leaves you humming long after each song is over.

It is hard to tell if the sound quality of the album is meant to complement their casual garage band esthetic, but at times it falls short and occasionally takes away from the quality of the songs.

There are noticeable mixing and mastering mistakes on the album, some songs fluctuating greatly from the set volume. There are also noticeable differences in instrumentation mixes from song to song, which leads to one instrument overpowering the rest of the band. This causes confusing mixes which distract from the listening experience of some songs.

The overall debut effort of Woods is strong, and the feel of the album makes it an ideal soundtrack for the everyday life of a 20-something heartbroken lackadaisical stoner. Aside from the discrepancies in mixes, Winnipeg will definitely have an appetite for housepanther’s simplicity and honesty on Club Soda Lows.

Creativity in a climate of constant change