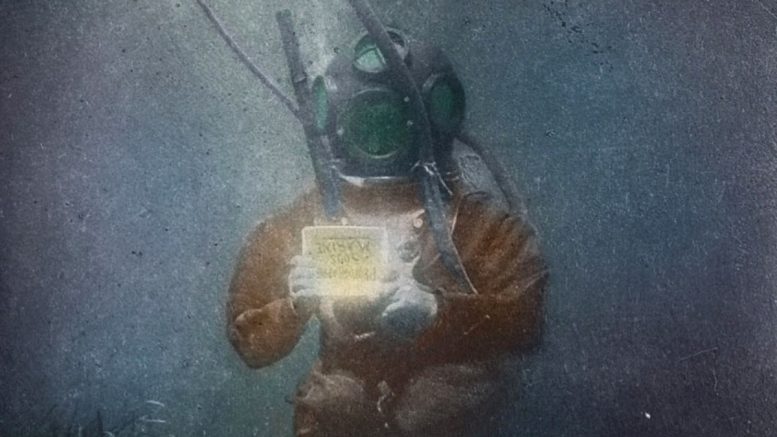 Graham Hnatiuk and his band Hearing Trees are currently touring British Columbia for the release of their debut full-length album, Quiet Dreams.

The Winnipeg-based alternative rock project has been releasing music annually since their first self-titled EP in June 2014. Quiet Dreams dropped on March 2, which marked the first day of their 50-day cross-Canada tour. The band continues to refine its sound, which resulted in the distinct moody home soil nostalgia that this album offers.

The album begins on a high note of upbeat indie sound and undeniable emotional effort with “Lights Out.” Hnatiuk’s vocals lead pensive and driving rhythms through a nostalgic and distinctly domestic soundscape, saturated with subtle guitar licks and calm yet unyielding piano notes. The highs of the album are subdued, and offer subtle contrast to the overall anxious, moody feel of Quiet Dreams.

“We’re All Puppets,” midway through the album, is an energetic song that contrasts with the rest of an album that otherwise calls back to its title. The introspective, dreamy sound brings to mind the emphatic poetry of The Tragically Hip, mixed with the energy of indie act The National.

Drums play a crucial role in keeping the tempo driving forward and anchoring the album’s sound, with Hnatiuk’s guitar occasionally mellowing to a more ambient accompaniment, as displayed in “Fishing.” The songs are built around Hnatiuk’s lyrics, allowing his stories to bloom like flowers.

Hnatiuk’s tone of voice and intonation fills the album with a sense of warm nostalgia reminiscent of Steven Page. The storytelling in Quiet Dreams shows that their narrative type of lyricism is alive and well in Canada.

The third track, “Holes in the Sky,” stands out as a strong spot in the album, giving the right blend of energetic and moody ambient sounds before the album’s gentle descent into gloom. This poetic album nods to traditional Canadiana while driving forward with a thoughtful and progressive take on the genre.

Hearing Trees plays its release show for Quiet Dreams in Winnipeg at The Park Theatre June 1 .