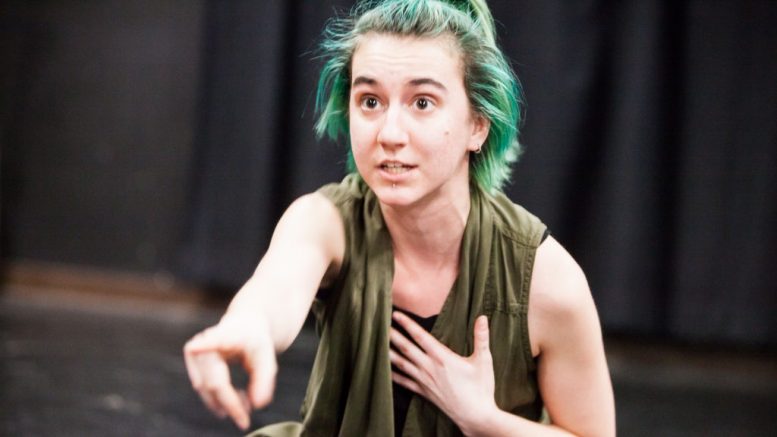 Performances across the city will occur from March 4 to March 10, the final event being two showings of monologue collective International Women’s Week Cabaret of Monologues: I am Unstoppable. The two showings will be at 4 p.m. and 8 p.m. March 10 at the Asper Centre for Theatre and Film.

Hope McIntyre, artistic director of Sarasvàti Productions, said International Women’s Week is important because it is a time to reflect on the successes of the past, but also a time to look forward toward how much more progress is needed for women to reach equality – especially for women facing additional intersectional barriers.

“Storytelling is a powerful way to share experiences, open people’s eyes, explore the world we live in, and enjoy a shared experience” said McIntyre.

“By telling multiple women’s stories, we allow the community to mark International Women’s Day by giving the stage to women who are often not heard. It is important as we move forward, working towards equality for all.”

The event has been running since 2003 and moved to a larger location this year due to previously sold-out shows. Additional changes this year are the style of performances featured at the cabaret – including dance and photography pieces – and the addition of an American sign language interpreter to make the final performance more accessible.

“There are a variety of performances, styles, stories, and approaches,” McIntyre said.

“We like to say there is something for everyone with both comedy and more dramatic work, as well as the exciting inclusion this year of mime, dance, and even photography.”

Kristy Janvier is a dancer that will be performing her piece ObScene at the show this year.

“I wanted to make a dance that shows some of issues [or] things women may carry […] I hold a personal question of why women don’t support, carry, one another in the world,” said Janvier.

“Because there is no text, it’s open to interpretation from the audience to take what they see [or] understand from it.”

Actress and advocate Cynthia Fortlage is the creator and actress of I Got 99 Problems, My Penis is Just One. The performance is about the relationship between a transgender woman and her cisgender wife.

“The essence is acceptance without understanding. In North American culture we always ask ‘Why’ first,” Fortlage said.

“‘Why?’ is a question to gain understanding. Yet you do not need to understand me in order to accept I am a human being first, just like you. The same can be said if we are discussing Indigenous issues, religious issues, [LGBTTQ*] issues, and many other hot topic issues.”

Actress Lorraine James has been performing with Sarasvàti Productions for over a decade. She will be performing Althea Cunningham’s piece Sweet An Nice, which focuses on a pregnant Jamaican immigrant who expresses her struggles after moving to Canada and how nothing will stand in her way of making a better life for her and her family.

James said that people may get more than just an enjoyable show from the different monologues performed at the event.

“Many audience members will arrive wanting to be entertained but will leave enlightened by the other stories and perspectives,” she said.

McIntyre said the event is appropriate for all genders to attend, and it is important for all people to hear the stories being performed to creating a more caring and committed community.

“Our goal is to amplify voices not often heard in the mainstream so that everyone can better understand perspectives that might be foreign to them,” said McIntyre.

“This is how we develop empathy and work towards change that will benefit everyone.”