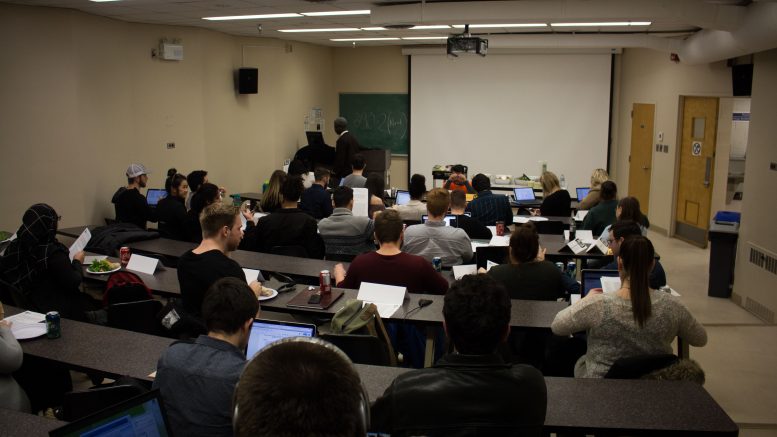 At its regular council meeting March 15, UMSU council unanimously approved a motion encouraging its members to help increase the number of student signatures on petition E-1524.

Centred around international students and their route towards a permanent residence (PR) status, the petition calls upon Minister of Immigration, Refugees, and Citizenship Ahmed Hussen, to amend the eligibility guidelines under the Canadian Experience Class (CEC) – an express immigration category – to allow international students to count full-time paid-experiential and work-integrated learning experiences, such as co-op programs, as eligible work experience for their residence application.

The petition was created by the University of British Columbia’s Alma Mater Society vice president external affairs Sally Lin and sponsored by Vancouver East NDP member of parliament Jenny Kwan. At press time, the petition has 297 signatures, with 227 from Manitoba.

UMSU president Tanjit Nagra said the University of Manitoba’s large international student body, coupled with the union’s membership with the Undergraduates of Canadian Research-Intensive Universities (UCRU), prompted the executive to expedite advocacy efforts to inflate the number of signatures on the petition.

UCRU is a collective of undergraduate student unions from eight of Canada’s research-intensive universities. Every year, an UCRU delegation meets with members of parliament and policymakers on Parliament Hill to discuss and advocate on behalf of the more than 235,000 students under its purview.

Most recently, the collective has focused discussion on ways to improve policies that impact Indigenous students, the Canada Student Loans program, undergraduate research funding, and international students working towards attaining their PR status.

“For example,” she added, “an Asper student that is on a co-op term cannot use that work term towards their application for a PR.”

The petition will remain open until June 16.

The Science Students’ Association has continued its push for a referendum question on an opt-out for the Manitoban levy, currently set at $12.19 per student each year.

The UMSU Governance and Operations manual states that a motion pursuing a referendum question, and is not submitted by the executive, must have at least 1,000 signatures in the form of a petition from university students for it to be considered in council.

UMSU executives said they will now seek to validate the petition.