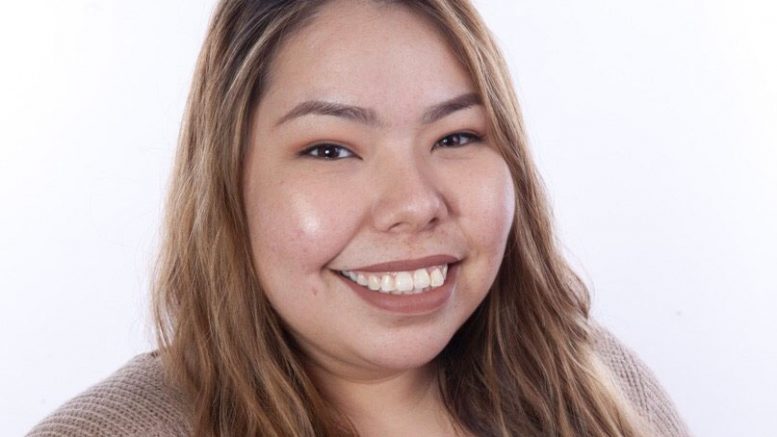 Alannah Mckay, Abubakar Ibrahim, and Eun-Bi Kang are running uncontested in the 2018 UMSU general elections for the positions of Indigenous, international, and LGBTTQ* students’ representatives, respectively.

The are no candidates running for students living with disabilities and women’s representatives.

The Manitoban sat down with the candidates to discuss their platform for the upcoming 2018/19 academic school year.

With one term as the University of Manitoba Aboriginal Students Association (UMASA) director of finance under her belt, fourth-year criminology and native studies student Alannah Mckay said her candidacy as Indigenous student’s representative will focus on the thorough implementation of the Truth and Reconciliation Commission’s recommendations to post-secondary institutions.

Mckay highlighted her work as a liaison between UMSU and the Canadian Federation of Students for the launch of the ReconciliAction campaign – which launches Mar. 27 – as an example of enabling Indigenous students to advance their voice throughout campus.

“I want to be the voice for Indigenous students here and other students in general,” she said. “This is for them. I don’t do this just for myself. It’s for our student body here, and I feel like that’s a very Indigenous perspective to go about it.”

A student intern at the National Centre for Truth and Reconciliation, Mckay said she hopes to see her community come together as a collective to create an environment where all nations feel welcome.

“Being an international student is not just about coming here and getting an education, it’s about the experience […] about the moments you share with people,” Ibrahim said.

Ibrahim added that he plans on setting up an international students’ office, where students can come together to articulate their concerns and suggest improvements they want to see compliment their student experience. Ibrahim said he wants to establish workshops that can help current and new international students “engage more in school activities.”

“One of the workshops I’m planning on doing is a résumé and tax returns workshop,” he said.

Linguistics major and LGBTTQ* community representative candidate Eun-Bi Kang said her experiences with the struggles LGBTTQ* minorities encounter on a regular basis has been her main source of motivation for wanting to spearhead her community’s representation in the union.

Kang emphasized the role awareness and education will play in her platform.

Kang said her aim is to use her candidacy to “educate people that sexual and gender minorities aren’t as abnormal as they think,” adding that it is vital to have a “forum  where people can come out and share their experiences.” “I’m  not saying that every single person, straight or gay, has to go out there and I don’t know, give a hug to a transgender person or whatever,” she said. “I just want them to have their horizons broadened and I feel like engagement with the community is a good way of doing that.”

Speaking to student members of the LGBTTQ* community on campus, Kang said, “I  just want to let them know that I’m willing to listen to any opinion.”

“I just want everyone to feel included, or feel comfortable,” she said.