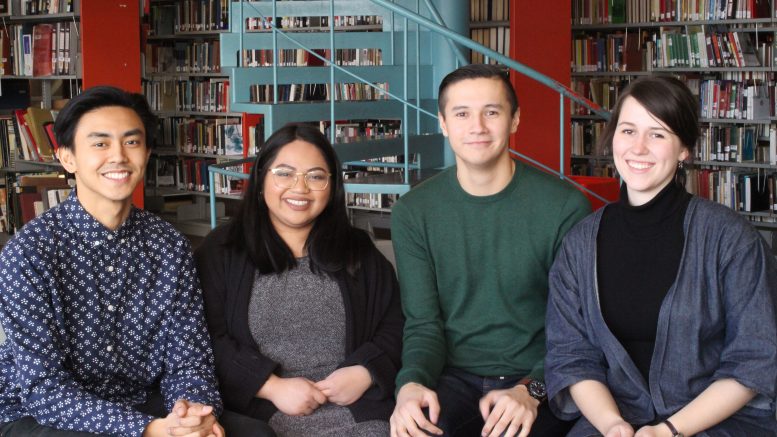 By Malak Abas
Image by Courtesy of Jade DeFehr March 14, 2018

UWSA Engage, led by president Morgan Brightnose, ran unchallenged and was voted in for executive positions of the University of Winnipeg Students’ Association.

UWSA Engage focused its campaign on working against tuition increases, partnering with local campaigns and community groups, and working to increase campus resources for marginalized students.

Outside of the Engage executive slate, board of directors’ candidates were also elected. Daniel Denton was voted in as science director, receiving 297 votes to Tessa Bortoluzzi’s 276. Ugonna Chigbo and Meseret Kahsay took the community liaison position as a team, receiving 349 votes to Mia Ryder-Marks and Nicholas Warsza’s 215. Megan Linton won the board of regents position, with 305 votes to Sophia Hershfield’s 261.

These votes translate to about a 6.8 per cent turnout by University of Winnipeg students. Comparatively, the UMSU general election this year brought out about 25 per cent of the student body, down from 27 per cent in 2017.

The election also saw the passing of a referendum that presented a 25-cent levy per credit hour on education courses which will be used to create awards, grants, bursaries, or foundation investments specifically for University of Winnipeg education students.