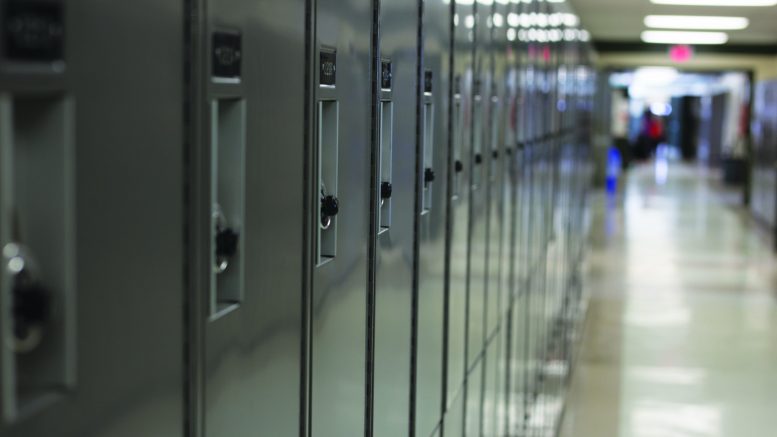 Manitoba minister of education and training Ian Wishart announced in a press conference Feb. 8 that the provincial government will invest a total of $1.323 billion in primary and secondary public education for the 2018-19 school year, increasing funding by $6.6 million or 0.5 per cent – half of the one per cent increase schools received last year.

The province will also phase out the Tax Incentive Grant (TIG) over the next six years, which rewarded school divisions that did not raise their property taxes.

“We believe this limit on education property tax is achievable in light of Bill 28 […] which comes into effect for all public school teachers as of July 1st,” said Wishart. “This will ease some of the financial pressure on divisions.”

Passed in June of last year, the Public Services Sustainability Act freezes wages for public sector workers – including public school teachers – for two years, followed by a 0.75 per cent increase in the third year and a one per cent increase during the fourth.

School divisions will also see a 15 per cent reduction in their administration cost caps. Wishart said that over the past three years, all divisions have kept costs below their respective caps and as such this reduction will not hurt “divisions which have already made an effort to streamline administrative costs.” Failure to comply, Wishart said, will mean reduction in funding.

As well, the province wants to reduce the number of teachers’ collective bargaining units with a centralized bargaining process, with Wishart saying Manitoba is “literally the last province” permitting each school division to negotiate teachers’ salaries.

Wishart said that with 38 separate bargaining units for public school teachers, the result is “a replication 38 times over of a process which generally delivers very little variation in settlements.” Wishart called this “inefficient and it takes our teachers’ and trustees’ time as they sit around the bargaining table.”

“We want to free up teachers,” Wishart said. “So instead of negotiating, they can be in the classroom and focus on children’s education.”

The push towards central, province-wide bargaining, which will require regulatory changes, coincides with the expiration of teacher contracts on June 30.

Wishart also announced a $40,000 increase in Intensive Newcomers Support (INS) grant funding “to help divisions with new arrivals of refugees and other high-needs English as an additional language students.”

INS sets out school programs targeting newcomer students in Grade 6 through 12 who have experienced significant disruption to their education as a result of warfare, civil conflict, or poverty.

Reiterating the government’s commitment to education, Wishart said the PCs will launch a review of the K-12 education system in early 2019. This review will look into factors such as quality of education, how the public education system is financed, roles and responsibilities of school boards, and taxation power of school divisions.

“We believe governments at all levels must live within their means and provide services taxpayers can afford,” Wishart said. “When school divisions create their budgets for the year ahead, we expect them to manage their expenditures accordingly.”

Wishart noted that this “significant increase in funding,” comes “in spite of the fiscal challenges our government inherited.” However, the 0.5 per cent increase is the smallest in nearly two decades.

The Manitoba Teachers’ Society (MTS) president Norm Gould said the 0.5 per cent increase is actually equivalent to a 1.5 per cent funding drop because it “sits at less than a third of the rate of inflation.”

MTS is the collective bargaining organization for all of the teachers in the province’s public schools.

“Teachers are facing large increases in student enrolment, a growing influx of refugee and newcomer students, chronic – and I mean chronic – child poverty, and more special needs kids than ever,” Gould said, “and this is what the government thinks our students are worth?”

The government’s funding announcement was questioned in a statement issued by NDP education critic Matt Wiebe.

“What the government announced today is a de facto cut in the schools and classrooms we rely on to educate the future leaders of our province,” said Wiebe in the release.

Wiebe was also critical of TIG’s gradual removal, claiming that this will leave “a $61 million hole in the budgets of school divisions at the end of six years.”

“Not only does this funding cut hurt students, but heavy-handed changes to the collective bargaining process is disrespectful,” he said.

When asked during the press conference about estimated savings following public school funding changes, Wishart said, “We don’t know hard numbers, we just know there are significant savings to be had there.”

Wishart said that alongside the reduction in the administration cap, the two per cent local levy change, and freezing of teacher salaries – which, he noted, was “the biggest single part of [school divisions’] costs” – coping with the small 0.5 per cent increase is “doable.”