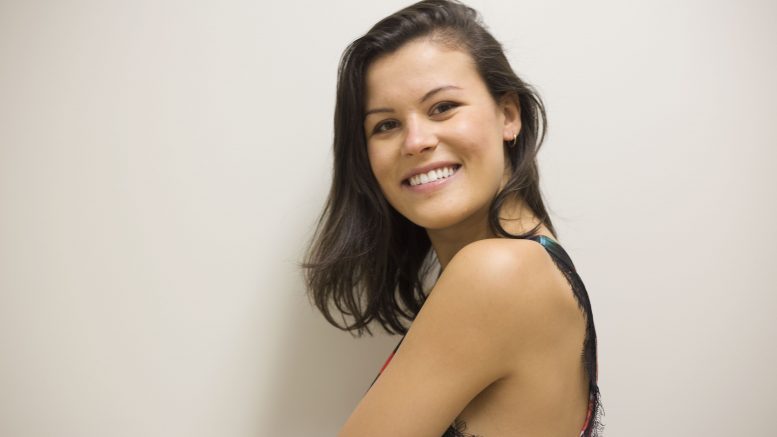 The Winnipeg Symphony Orchestra (WSO) premiered one winning piece, and one piece each by the six other emerging composers that participated in the Composers Institute. Wachniak applied to the WNMF Composers Institute last fall with her piece Disjunction. Wachniak was one of the two Manitobans selected.

There, Wachniak, and the other selected composers had a behind-the-scenes experience of WNMF and attended development workshops. Wachniak said her experience with the WNMF was a meaningful one.

“It’s also uncommon for an emerging composer to have their work performed by a professional orchestra, so I’m incredibly grateful,” said Wachniak.

“Premiering work with the orchestra of my home city has been extra special.”

Wachniak began composing at a young age: her first competition win was in Grade 5, when she won a melody competition that was made into a short piece played by the WSO.

“The premiere at the WNMF was like a real deal follow-up a decade later,” she said.

“It’s really special to have made the connection with that little dreamer in me.”

Wachniak began playing piano at a young age and even though she disliked it, her parents pushed her to keep playing. Her interest in composing started with the mistakes she would make while practicing.

“At some point, I started tuning into mistakes I was making in my scales and pieces that sounded interesting – a finger slipping from one note to another, beginning on the wrong note,” she said.

“I was more interested in exploring how I could expand certain mistakes into something musical than focus on the actual material.”

Those mistakes and her parents’ encouragement to keep playing led Wachniak to start composing.

“I dabbled in composing and song writing as a kid, and eventually took a composition class in high school, [at] Miles Macdonell Collegiate, which is what got me thinking seriously about pursuing composition further,” she said.

In the program, Wachniak was also presented with many opportunities that have helped her become a better composer by pushing her creative boundaries.

“The composition department has provided great opportunities to workshop and premiere pieces with performers in and outside of the faculty,” she said.

“I’ve worked with several ensembles, including the [U of M] wind ensemble and orchestra, as well as guest performers from other cities. These opportunities aren’t readily available to young composers, and I am so grateful for this type of first-hand education.”

Wachniak is set to graduate from Marcel A. Desautels faculty of music in May, and her graduation recital in March will feature the premiere of her first chamber opera, written “for three vocalists, percussion quartet, and electronics.”

Following graduation, Wachniak will be attending the composition academy at Lunenburg Academy of Music Performance in Lunenburg, Nova Scotia.