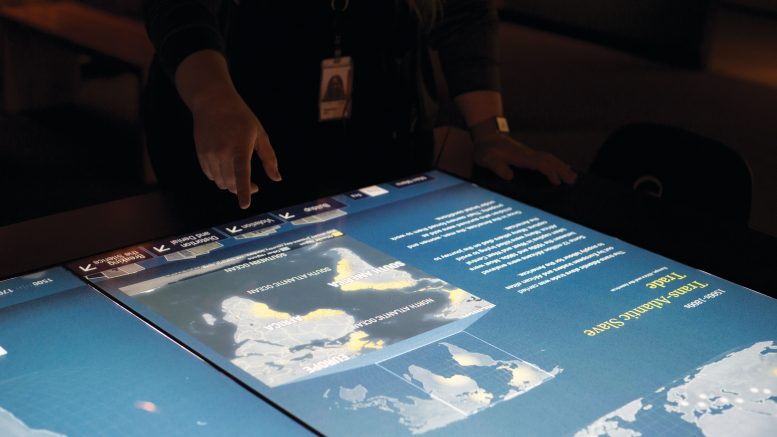 The talks mainly focused on three areas: the Trans-Atlantic Slave Trade, the Underground Railroad, and the story of Viola Desmond – an entrepreneur and community leader who challenged segregation in a Nova Scotia theatre in 1946. In 2018 she will become the first Canadian woman to appear on a banknote.

“I think that very often, in the Canadian context, we’re not aware of Canada’s own history as it relates to slavery and segregation,” she said.

“The museum has now been open to the public for three years and a name like Viola Desmond is beginning to become more familiar to Canadians. But I would say that there’s still a very low level of knowledge and understanding.”

Cassie said Black history is significant for all Canadians, not just those with African descent.

“These are human rights stories and they’re significant to people of African descent, but they’re also significant to all Canadians because it’s part of our shared history and it represents, at times, very dark chapters but we need to be aware of this context,” she said.

She said that while the event last year was met with positive feedback, it became evident that not many in attendance were knowledgeable on Black history.

She said CMHR will be hosting an exhibition on Nelson Mandela this summer to keep the conversation going.

“With that we’ll have an additional opportunity to explore the legacy of Nelson Mandela, of apartheid,” she said, “but also, it allows us to look at what are some of the contemporary issues that are continuing to be faced by people of African descent.”

Local bands and ex-pat cyclist team up to help