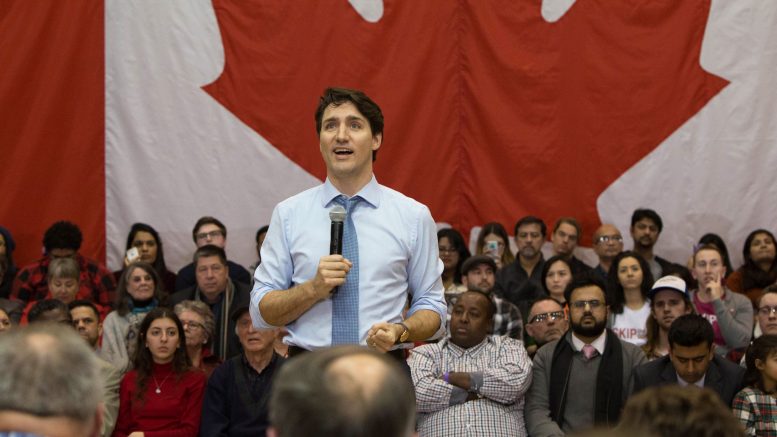 If Justin Trudeau wants to improve immigration policy, then Canada’s framework needs to focus on retaining international talent for the Canadian economy. The government can easily do this by increasing permanent resident admissions for international students.

Such a strategy is, simply, the best policy route to fit together the interests of Canadians and newcomers alike.

International students contribute to society at an early age through investment in their studies, gaining work experience, and applying their knowledge to their chosen fields. By improving their own lives, they are also giving back to Canadians by contributing to the economy and enriching Canadian culture. They are ideal candidates for permanent residency because they are proving themselves every day through study and work.

Canada relies on immigration to maintain population growth and fill the economic need for workers. Immigrants also bring in a substantial inflow of cash as they move to Canada to study, work, or travel. Canada is an attractive destination for international students who, as a group, contributed $32.2 billion to our economy in 2016.

Of course, Canada’s immigration policy should not be reduced to economic policy. Trudeau has managed to avoid this outcome successfully in a host of areas.

For instance, Trudeau’s Liberals have made strides in improving family reunification by decreasing processing times and reducing application backlogs. The cap of sponsorship applications has been doubled, to 10,000 in 2016. In a decline begenning before the Liberals came to power, from 2012 on the pileup of applications for parents and grandparents has shrunk by 72 per cent. The Liberal government also settled more than 40,000 Syrian refugees from November 2015 onward.

Moving forward, the federal government should place a greater focus on settling international students, all of whom are considered temporary migrants. Gaining permanent residency through other areas such as skilled workers, family sponsorships, and humanitarian obligations is less ideal for the state since it puts a greater strain on the immigration process, requiring more resources to settle immigrants who are often older in age and late into careers.

For those who are granted residency, getting to Canada is the easy part. The difficult part is settling in. Once immigrants arrive, there is a need for extensive resources: job training, language development, and other community services to help with the integration process.

These resources can be expensive for taxpayers, though demand varies by case. Overall, however, newcomers require support unique to their prior experiences which can be difficult for large-scale government programs to provide. Community programs are better suited for this task, meaning local levels of government should be entrusted with these program, at a drain of their own coffers.

Measuring the effectiveness of support provided to newcomers can be difficult not because of a lack of resources, but a shortage of time on the newcomer’s part. Immigrants are forced to focus on gaining employment and adjusting to their new lives in the short-term, such that improving language skills and education for the long-term can often become an afterthought. Gaining recognition of previous credentials is a time-consuming task as it often requires newcomers repeat their studies in Canadian institutions, a luxury many cannot afford because of a lack of time and money.

International students, however, are willingly investing their time and resources in post-secondary education. Many gain employment for the first time while still in school, giving them ample time to adjust to Canadian culture by expanding their social and professional networks while improving their English literacy.

While this is a longer road that requires years of post-secondary studies, followed by work permits before ultimately receiving permanent residency, it is ultimately the road best taken. International students are better able to contribute fully to society and achieve personal success due to their improved language skills, Canadian certification, and training in the Canadian labour force.

In 2016, of more than 266,000 international students, only 8,246 individuals were granted permanent residency. This ratio needs to be increased.

The addition of international students to our labour force makes it more diverse without being less educated, making us a stronger economic competitor in the global market. It also addresses the old stereotype that immigrants take away jobs from Canadian citizens, since immigrants who gain residency through work permits and post-secondary education have undeniably made their fair share of sacrifices and contributions to our economy.

By denying international students the opportunity to participate in our society, we hurt our economy and lose the chance to develop our national culture. Canada needs a plan addressing how to settle international students at a measured pace. Ultimately, we should be focusing on retaining new talent developed at home, rather than importing skilled labour.

I am a hunter, not a criminal

The banality of bourgeois ethics