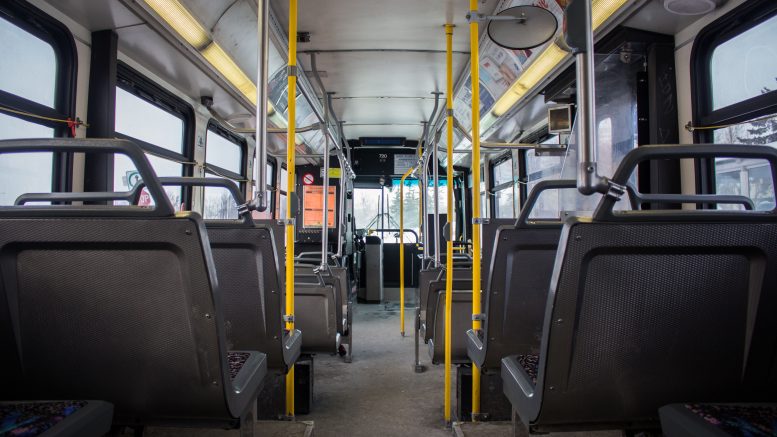 UMSU council unanimously passed a motion encouraging the union’s executive to lobby the City of Winnipeg to introduce an optional universal transit pass (U-Pass) for the summer term at its regular meeting Jan. 4.

UMSU president Tanjit Nagra said many students have shown interest in this new initiative in the semesters following the introduction of the regular U-Pass during the 2016 fall term. The summer pass would cover the period spanning May to August.

“We know that students are not just using transit options and sustainable transportation options from September to April, they’re using them all year,” she said. “That’s why we want to explore the idea of a summer U-Pass.”

Currently, the U-Pass, offered during the fall and winter terms, represents a $132.50 per term charge automatically assessed as a student fee. Only students who live outside the city or those registered with Handi-Transit can opt-out.

The last months of 2017 proved turbulent for Winnipeg Transit and the students who depend on it.

In November, the City of Winnipeg’s preliminary budget proposed reductions to bus service in the form of cuts to 23 routes, as well as a 25-cent fare increase – the largest fee hike since 2008.

The proposed fare increase follows the provincial government’s moves to end a 50/50 transit funding agreement with municipalities and freeze provincial transit funding to the city at 2016 levels. This has resulted in a $10 million shortfall in Winnipeg Transit’s operating budget. 50/50 transit legislation guaranteed provincial funding for municipal transit agencies in Manitoba, requiring the province to match municipal contributions to transit agencies.

In December, mayor Brian Bowman and the city council’s executive policy committee – in response to concerns raised by transit users and to acquire funds to offset the loss of provincial funding – approved a budgetary amendment to increase on-street parking fees by an extra 50 cents an hour on top of the planned $1-per hour increase.

The 25-cent fare hike remained and went into effect Jan. 1.

Nagra said that these developments have motivated UMSU’s continued meetings with city council representatives – including the chairperson for infrastructure renewal and public works committee, Marty Morantz – to address concerns regarding opt out eligibility, the summer U-Pass, and a $5 fee for the U-Pass card that will be implemented in the fall 2018 term.

“We did put the idea out there of a summer U-Pass, and [Morantz] had said it’s the first he had heard of it and he wanted something from UMSU saying that this is something we want to explore.”

Nagra said that with the regular fall and winter term U-Pass – which came into effect almost two years ago after a student referendum in October 2014 – already in place, students can rest assured that a potential summer U-Pass will have a “much shorter process” of implementation if approved.

She also noted that any potential summer U-Pass would be introduced as an optional, additional fee.

“We would hope it’s more of an optional fee students could pay to get the pass,” she said. “And we would hope it’s available for not just those enroled in summer but also those that are returning in the fall.

“A lot of students decide to work, and so on and so forth, during the summer who would still like a cheaper option for their transit pass.”

The University of Manitoba Muslim Student’s Association president Yazan Hammad said the association, which includes a large cohort of international students each year, is happy to see  that UMSU will advocate for a summer U-Pass.

Hammad said that a summer U-Pass would “ease [international students’] transition” and increase their access to “adequate means of transportation.”

“Allowing students to have a U-Pass in the summer will help them also explore the city and learn and acquire whatever they need when they arrive during that period,” he said.