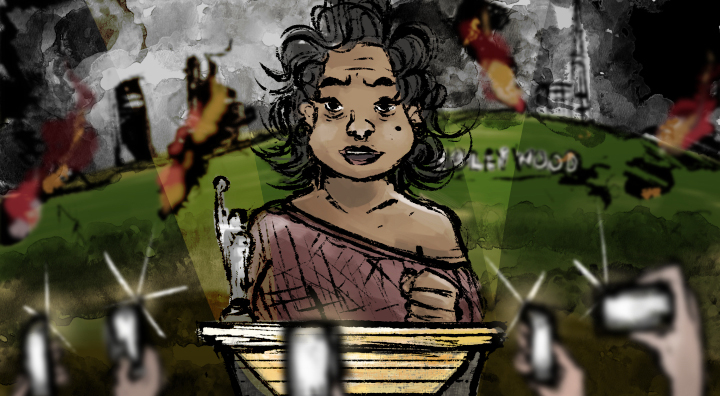 In today’s political climate, it is no wonder people like Mark Zuckerberg, Kevin O’Leary, and, most recently, Oprah Winfrey have been regarded as legitimate candidates for political office.

As we are now neighbours of a country with a sitting president who previously made a living as a reality TV host, it should not be surprising that any public figure who manages to successfully live out life on camera can now be seriously considered for the top job in politics.

There are many reasons someone in the bottom 90 per cent may feel compelled to support their favourite celebrities politically, especially recently. With income inequality growing throughout North America, and politicians appearing to do little to appease their voters – where leaders are either part of or allied to the one per cent – voters may feel they have little left to lose.

But the most telling reason is the fact that politics in Canada and the United States are by and large the domain of politicians who are extraordinarily charismatic. Cults of personalities are set up to dominate elections that are increasingly framed as horse races. Now, it is important to note that this is positive in some aspects. Having charisma – especially as the leader of a country – can lead to positive relationships with other world leaders, international organizations, and generally improved diplomacy. The detrimental side of this position is that we often have leaders that simply appeal to the public with poise instead of good policy.

This is nothing new in politics. Staging politicians has been prominent ever since the TV set became a home staple in the 1950s and ‘60s. John F. Kennedy was one of the first to effectively use TV as a way to communicate directly with Americans and promote his image, which played a signigicant part in his 1960 election to president. In Canada, John Diefenbaker was used TV to craft himself as a personable, relatable character. When his opponent Louis St-Laurent failed to embrace the platform, it arguably cost him and the Liberals the 1957 federal election.

What came along with this new age of political showmanship was a watering down of policy. Politicians are no longer held accountable to their party’s platform, but rather to an image the public has subscribed to. In turn, these policies became something that, election after election, have benefited less and less of the population. We have created a snowball effect of electing more and more “likeable” candidates whose policies fail to represent the people who vote for them.

Today in Canada and the U.S. we have leaders who rely on their publicity and image more than policy. Previous U.S. president Barack Obama was elected at age 47 after gaining publicity for his keynote address at the 2004 Democratic National Convention – a speech which had a combined audience of nine million people. Although Obama offered a progressive direction for the country, much of his popularity during his presidential run was built upon his debates with John McCain, where he was able to demonstrate his personable character.

Most recently, Canadians elected Justin Trudeau, who defeated Stephen Harper in the 2015 federal election. Despite campaigning heavily on a middle-class tax cut, Trudeau’s greatest appeal seemed to be his youthful, fresh, and polished look – an alternative to the dated, outlived Harper, who represented the past. Through debates, he was able to put his charisma and ability to identify with young voters in particular on display.

Even to this day, Trudeau’s down-to-earth approach to politics has been extremely successful. He has maintained a constant 52.7 per cent in popularity ratings, and consistently gets standing ovations in town hall meetings when responding to questions or hecklers alike.

Through both Obama’s and Trudeau’s charismatic nature, both Canada and the U.S. have exercised great diplomacy in various ways. For example, through the U.S.’s disarming of Iran’s nuclear program, and attempts at improving relations with Cuba, and Canada’s attempt at finding a nonviolent solution to the North Korean crisis.

The real issue comes when discussing their true policy. When it comes down to it, both of these leaders have been nothing but slightly more progressive versions of their successors, even though they were elected on the premise of offering something far different. Obama will be remembered primarily for his implementation of his insurance company cash-grab healthcare bill – which will likely soon be dismantled under the Republican government anyway – and the fact he was the first black president in America’s history. An escalation of drone strikes and deportation rates as well as a continuation of George W. Bush’s war in Iraq and Afghanistan also contribute to Obama’s legacy, along with his doing little to fix a corrupt campaign finance system and private prison system.

While Trudeau is only about halfway through his four-year term, he has not been all that different from Harper when it comes down to policy. Trudeau approved two major pipelines just a year into his term, he has failed to forward any kind of meaningful legislation to reform the loophole allowing wealthy Canadians to dodge taxes in offshore havens, and his government followed through with an arms sale to Saudi Arabia.

When people feel as if character and rhetoric is directly correlated policy, things only get worse. It is then that television celebrities come into the equation. There is a troubling disconnect between reality and fantasy in the mind of someone who thinks that an immensely wealthy billionaire has the priorities of the lower- and middle-class families in mind. Yet the celebrity ranks of the upper class still have broad appeal to people upset with current governments due to their popularity and suave personalities on TV shows viewed by millions.

What has become clear is that we as a society are hooked on a political system not based on policy, but on who is captivating. If we want good, representative policy, then we must look beyond the slim-fitted suit jacket and perfectly styled hair and elect a candidate who has our best interests – and not their own best ratings – in mind.