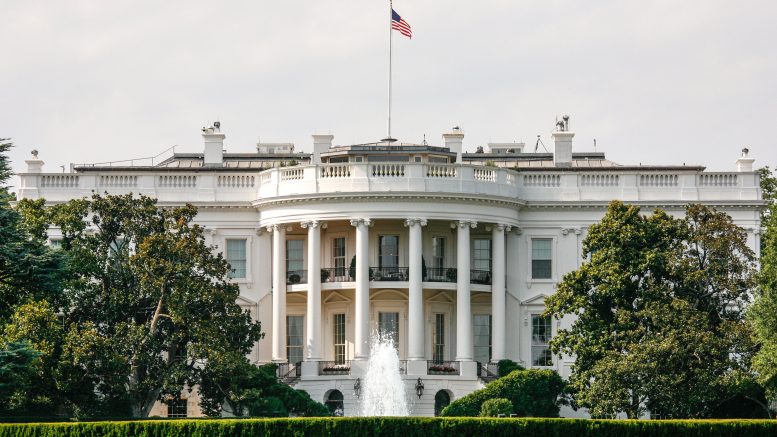 The state of affairs existing between the two major parties in the United States is extremely troubling.

The federal government was shut down Jan. 20 for little reason. Republicans, in the majority, essentially held hostage the Children’s Health Insurance Program (CHIP), which provides an inexpensive insurance option to children who belong to families who earn too much to qualify for Medicaid. The Republicans also refused to make a clean deal on the Deferred Action for Childhood Arrivals (DACA), which allows children of illegal immigrants – labelled “Dreamers” – to legally obtain a driver’s license, enrol in college or university, and secure over-the-table employment. The nearly 700,000 people falling under this program pay sales, local, and income taxes – contributing an estimated US $2 billion per year to the American economy.

The shutdown ended when the Democratic leadership was given a promise from Republican Senate Majority Leader Mitch McConnell that an open debate would be held on the fate of Dreamers before Feb. 8. Democrats then voted with the Republicans on a three-week extension of funding for the federal government.

This is hardly promising. Senate Minority Leader and top Democrat Chuck Schumer openly acknowledged there is no guarantee McConnell can be held to his word. After the shutdown ended, President Donald Trump did not hesitate to take to Twitter to rub in a rare truth – per CNN’s chief white house correspondent Jim Acosta – that the Democrats “caved” on the shutdown.

As a part of these negotiations, the GOP – champions of small government – demanded an increase to the already swollen defence budget. Worse, Democrats in negotiations pledged more to defence spending than was initially requested by the White House.

The most frustrating factor in this whole situation is senate Democrats. Not necessarily all of them, but the party leaders and those who blindly follow. The program they were fighting for was DACA, which is supported by 87 per cent of Americans – not among only Democrats, but the entire country.

However, these spineless Democrats refuse to stand up and fight for DACA. What ever happened to the Democrats’ “resistance” against Trump and the GOP? Their “resistance” is nothing more than a sad punchline. It is obvious the Democrats have simply decided it is easier to side with Republicans on these military expenditures than to stick up for Dreamers in a principled fashion.

After all, the source of the Democrats’ campaign donations – legalized bribes – are not Dreamers, but the same defence contractors as Republicans. Prominent Democrats in negotiations, Schumer and House Minority Leader Nancy Pelosi, have collectively received over US $700,000 from the defence lobby over the course of their careers.

At the heart of the problem are the two main groups that reside in congress: strong Republicans and weak Democrats. Two sides of the same coin, sponsored by the same millionaires to do the same thing: drive the country further right.

We’ve seen this play out time and time again, like when Democrats had a filibuster-proof supermajority in 2009 for two years. A supermajority – when a single party has complete control over the house, senate, and presidency – frees up the governing party from appealing to the other to tally enough votes for legislation to pass.

Yet former President Barack Obama failed to use this effectively. Instead, his government attempted to gain bipartisan approval for the flagship Democratic proposal, the Affordable Care Act, or Obamacare. The program was developed from an idea of a conservative think tank in 1989 and was first passed in Massachusetts under Republican Mitt Romney. Ultimately, every single Republican voted against the bill, and the U.S. was left with a healthcare system that was nothing more than a watered-down giveaway to insurance companies instead of the true socialized medicine it could have been. These constant half-measures only help to further the country’s right-wing momentum.

When Republicans gain any kind of power, they do the opposite – offering little to no olive branches toward bipartisan agreement. Gerrymandering districts, providing a substantial tax cut on corporations and billionaires, and refusing to confirm the Supreme Court choice of a president for almost a year all occurred at the hands of the Republicans before the present fight over DACA. These are all ways Republicans fought tooth and nail for what they want, regardless of their disturbingly unpopular positions – be it their desire to enrich corporations at the expense of the middle class, their heartless desire to cut social programs, or their callous attempts to end legal immigration altogether.

All this does is cause further disdain for congress – which recently hit a low of 16 per cent in approval rating. When you have one party fighting for the most unpopular positions, and the other clearly afraid to fight for anything at all, it is no wonder Americans are fed up.

This style of political dysfunction has had disastrous effects on public policy, specifically economic policy. For example, the federal minimum wage of US $7.25 has not been increased in almost a decade. Meanwhile, worker productivity is sky-high. Adjusted for inflation and productivity, American minimum wage in 2017 should have been around US $20 an hour.

Why is it that the U.S. spends more on their defence budget than the next eight countries combined, yet cannot seem to have a debate on socialized medicine without some pseudo-intellectual claiming it just cannot be afforded? The country has drifted so far right, and they are being left behind by every other major Western country because of it.

Unfortunately, the same tragic effects of these shifts hit those who vote for these politicians the hardest. And the vicious cycle continues.

The systemic issues behind Drumpf’s following

Back to business with U.S. election concluded