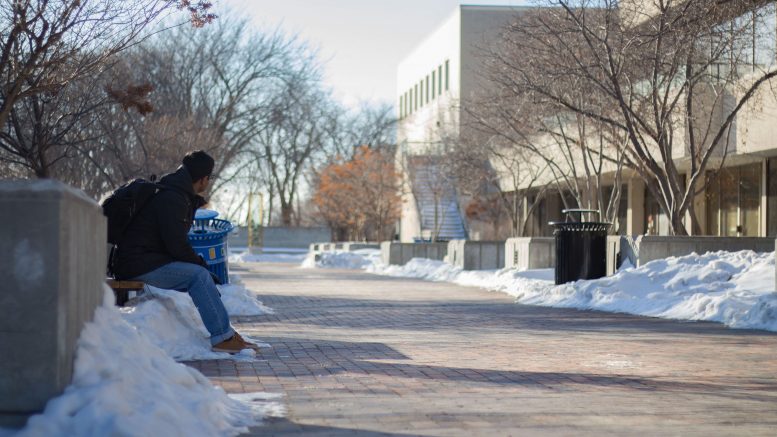 The Muslim Student Association (MSA) is hosting regular gatherings called Bandaids for the Soul at the U of M Fort Garry campus.

The program is aimed at ending the stigma attached to mental illness in the campus’ Muslim community, and more broadly within the city of Winnipeg.

MSA president Yazan Hammad said the group has hosted three sessions since the inception of the program in November.

Hammad said he is passionate about the cause as he “struggled with mental health problems” and that discussing these issues with a group of peers is more comfortable than speaking to a psychologist, which he said is “too formal.”

Hammad said the sessions were not aimed at solving problems, but to help people come up with their own solutions having listened to the lived experiences of their peers.

She said the program was created to give people a space “to express their feelings.”

“We’re not here to give a cure,” Naseri said. “We don’t have the medicine for your mental health problems but we can help you – we can be the Band-Aid and be part of the healing process.”

Rahma Shahin, a volunteer with the MSA, said she felt that “within the Muslim community, there’s huge stigma [attached to] mental health,” which makes people less likely to speak about it.

“We are non-judgemental,” Shahin said. “Whether you are Muslim or non-Muslim, whether you’re brown, black, white – it doesn’t matter to us. For us it is all about your problems and how we can be a part of the solution. And we just want a safe space where anyone can come and have a place where they don’t have to be scared to speak up.”

The slogan for the program is “Together not alone, we make it feel like home.”

“That is the whole point of this,” said Hammad. “It doesn’t matter what your religion is, what your race is, nothing matters. As long as you’re a human being, you are welcome to come and share whatever you like.”

Allison Kilgour, VP advocacy, said, “one in five Canadians will struggle with mental illness, and of that one in five, only a quarter will receive the help that they need.”

She said the weeklong event will bring together different groups from “on and off campus tabling and sharing resources” with regard to mental health including many planned activities and games.

She noted that students are a population of individuals struggling with mental illness due to stress and other reasons associated with being a student.

“With potential tuition increases, the cost of living and the current job market, as well as the stress of classes and everyday life, many of our students are in need of more mental health support,” said Kilgour.

Kilgour noted that UMSU had decided to prioritize mental health by constantly seeking new ways in which students could be provided support.

UMSU made sure to include mental health services within its Health & Dental Plan and introduced Empower Me, a free, 24-hour counselling services to all students enrolled in the plan.

Kilgour added that during the wellness week, UMSU will launch a new program called “Speak Up U of M” – a program intended to spark conversations around mental illness on campus.

However, she noted that “access to proper supports is lacking all across Manitoba” and UMSU continues to advocate for changes from the university as well as the provincial government.

Belal Zia, a clinical psychology student at the U of M, said that although the university has resources to help students cope with mental health struggles – such as the U of M Psychological Service Centre – there is still room for more to be done, which is “where the stigma piece comes into play.”

“Stigma is definitely a huge challenge, and we’re doing the best we can to try to figure out why there is such stigma surrounding mental health,” Zia said. “I personally think it’s because you can’t see mental health challenges necessarily and problems you can’t see are ones that we have a hard time accepting.”

Kilgour said “Bell Let’s Talk has been an incredible success” in encouraging these discussions.

“We wanted to include this day in our programming and involve the entire campus community to remind everyone that this is an issue that affects all of us, and that it’s up to all of us to change the culture and how we think and talk about mental health,” she said.

Zia also stressed the importance of creating awareness surrounding mental illness as a way of addressing the matter.

“I think the remedy for that is actually education,” he said. “The more we shed light on mental health difficulties, the easier it is for us to help people get access to services that will help them get better.”

U of M bolsters indigenous support with two new funds