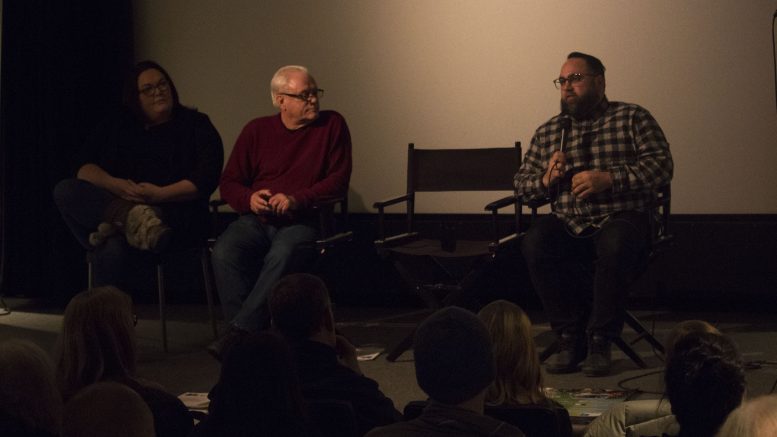 The film highlights the role of social enterprises and cooperatives in building an economic system based on principles of inclusion.

Canadian CED Network supports individuals and enterprises that “promote sustainable growth” by engaging with the community members and views development as a “bottom up process.”

Sarah Leeson-Klym, Manitoba regional director of Canadian CED Network, said the idea for this project was imagined two years ago when Molly McCracken, director of CCPA-MB, approached her.

“We wanted a shareable and easy to understand film that could get past the concepts and capture people’s attention about community economic development,” said Leeson-Klym.

Leeson-Klym added that the aim of the project was to “raise the profile of community based economic development” in conversations being held around the province leading up to the provincial elections of 2016.

Leeson-Klym said it took longer than expected to raise funds for the project.

“When the Manitoba Research Alliance came on board, we added the component of a report documenting the history of CED in Manitoba,” she said, adding that it made the project stronger and more relevant with “tools that can serve a variety of needs to increase understanding of this way of approaching social and economic change.”

Though Winnipeg is revered as a leader in CED by practitioners across Canada, she said that broadening the scope allowed the documentary to link “ideas of convergence, economy, and connection to government in the never-implemented [Northern Manitoba Development Strategy].”

John Loxley, professor of economics at the U of M, is featured in the documentary.

Loxley, in the documentary, described how community organizations use an international approach known as convergence strategy to determine the needs of the community and fulfil those needs through employing local residents and retaining the surplus within the community as opposed to going elsewhere.

Loxley said the principles highlighted in the film are “Neechi principles.”

These include the “use of locally produced goods and services, production of goods and services for local use, local re-investment of profits, human dignity, public health, long term employment of local residents among others.”

The Northern Manitoba Devleopment Strategy was a plan created by the government of Manitoba in the 1970s to undertake the development of the far-removed northern communities of Manitoba and tackle severe poverty, but was never fully implemented.

Commenting on the struggles faced by youth and young adults, Leeson-Klym said, “It is hard to secure long-term, full-time employment and the education needed is expensive. We know this affects young people from marginalized communities more.”

She said social enterprises and organizations are mobilizing youth and creating spaces for them to develop and use their leadership skills, which is central to good community economic development.

One such social enterprise featured in the documentary is Mother Earth Recycling, which recycles mattresses and electronics and at the same time employs youth and members of the Indigenous community in the North End of Winnipeg.

“That kind of shift starts to change dynamics in families and set an example for kids who might be struggling with issues of generational poverty,” Leeson-Kylm said.

Leeson-Klym said that institutions and various levels of government can either champion or inhibit CED.

“They’d use the principles of CED to guide decision-making across government – not just focused on single departments or programs like community services or neighbourhood renewal,” she said. “They would move their citizen engagement processes past consultation into real co-creation and partnership with communities.”

She said supporting CED means understanding the needs of communities and responding to those needs in a responsible manner.

“There are elements of this happening, but to really get there, we need a blend of strong advocacy from communities, responsive political leadership and healthy political debate, and capable public servants with adequate resources allocated to this kind of approach,” she said.

“We think that blend could start to control the unsustainable and unequal effects of our current economic model while building resilience and local prosperity here.”