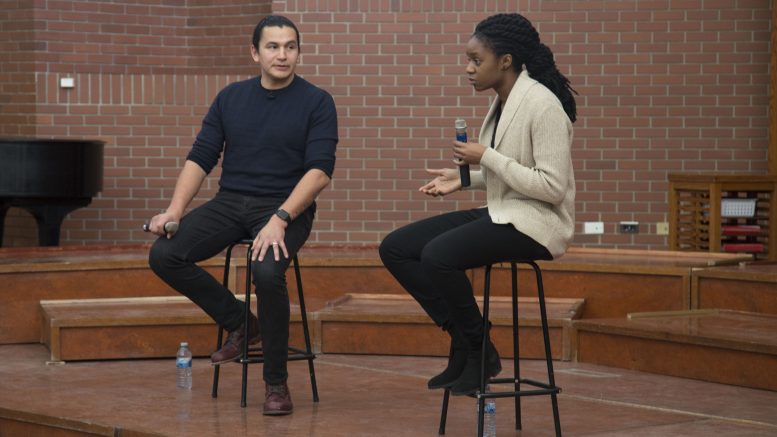 Wab Kinew, provincial NDP leader and Uzoma Asagwara, a local physchiatric nurse respond to public concerns over the state of healthcare in Manitoba.

Manitoba’s NDP is criticizing of the opening of Prota clinic, a private, for-profit medical testing facility in Winnipeg.

The private clinic offers echocardiograms for $650 for those who can afford to pay for testing out of pocket.

The NDP letter said this creates a “VIP health system for the wealthy in our communities” while it drains “resources and trained staff from the public system, and hurts the quality of care we can all expect, leaving the rest of us with second class care.”

The provincial government has not objected to the private clinic and argued that such clinics have been operating in British Columbia, Alberta and Saskatchewan for many years.

“If those services are available for purchase in other provinces, there is no legal reason, then, they shouldn’t be available in Manitoba, and I don’t know why the NDP would want to subrogate Manitobans to second-class Canadians,” Goertzen told reporters.

The NDP letter argues that privatizing essential elements of the healthcare system does not solve the problem of wait times and that creating a service fee for health care runs against the health act.

“Encouraging profiteering in our health system is against the values of public health that Canadians and Manitobans hold dear and that is enshrined in law,” the letter reads.

“The challenges of illness are difficult enough without getting a bill in the mail afterwards.”

The letter argues accessing healthcare should not be “determined by the size of your bank account” and that it should be accessible to all regardless of socio-economic status.

Goertzen retorted that the system is already being interfered with “in that way” given the availability of existing private clinics in other provinces that offer tests.

According to Goertzen, tests are not subject to the CHA as the “feds haven’t acted on any of those provinces.” He added that Manitobans should not be treated differently.

Goertzen said he hopes the clinic’s opening has a positive effect on wait times in the province.

“What I do know is that in other provinces, their citizens are able to access services and in Manitoba they have not been able to, and I don’t understand why we should be treated as second-class Canadians,” he said.

Kinew and Uzoma Asagwara, a local psychiatric nurse, hosted a town hall at the West Broadway Community Ministry Jan. 13 to discuss the state of health care in Manitoba, access to mental health services, and to explore policy options surrounding mental health and addictions in the province.

The town hall was attended by more than 100 people, many of whom spoke about the social determinants of health, which include housing, income, gender, race, sexual orientation, first language, and religion. Community members gather at the West Broadway Community Ministry for the town hall on healthcare on Jan. 13.

Asagwara said these “determinants can act as barriers to accessing health care” and the government should invest in preventative care for the overall well-being of people.

“I heard a lot today about the needs around mental health in our community – particularly with addictions – but also just mental health in general and how people face barriers and they feel as though maybe they are not being heard, or they are not able to access some of the treatment that they need if they have a mental health issue,” Kinew said in an interview.

“I also think that one of the big things that stood out to me was the amount of people who talked about social determinants of health, like poverty or housing issues, and how that can impact peoples’ well-being and I think that is where, as a government and as political leaders, we need to focus more of our attention,” he added.

Kinew again expressed his criticism of for-profit diagnostic clinics and said the language being used by the provincial government is concerning. “They are going to use a similar approach in other areas,” he said.

Kinew said he is looking forward to engaging with the federal minister of health to discuss the issue in detail.

“They have acknowledged that they have received the letter,” he said, “but we haven’t had the some of follow up. So we’re still waiting on [that].”