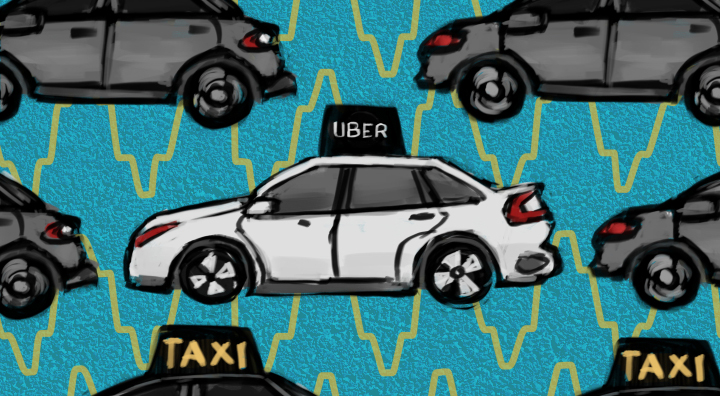 Taxis are absolutely terrible. Anyone who has ever taken one knows that they’re often too hot or cold, make you sick with how aggressively they are driven, frequently smell of cigarette smoke, and – above all – are expensive to ride.

In no place is this more true than Winnipeg, where the two largest taxi companies each have an online Google rating of under two stars, based on over 300 reviews each. For those without a vehicle, public transit and taxis are the only realistic option for transportation in cold weather and for long distances.

This is all set to change, however, with a bill passed in the legislature under the Progressive Conservatives. Bill 30 repealed The Taxicab Act – legislation originally introduced 30 years ago – dissolved the Taxicab Board, and allowed for municipalities to write their own regulations governing limos, taxis, and ridesharing applications.

Naturally, it was strongly opposed by Manitoba’s taxi industry, which has long benefited from a government-regulated monopoly. The price of a taxi license in 2016 exceeded $400,000 and the two largest taxi companies together controlled 407 out of 410 standard taxi licenses in the city. With a huge financial barrier to entry and a grotesque monopoly like this – stifling any realistic possibility of competition in the taxi industry – it’s no wonder service has been poor for years.

Some members of the legislature – namely former NDP MLA Mohinder Saran and NDP MLA Jim Maloway – went so far as to call the bill discriminatory toward the East Indian community, given Indo-Canadians form a large portion of taxi drivers. Yet there is nothing inherently discriminatory about allowing municipal governments to regulate an aspect of the transportation sector. It is done in almost every other major city in Canada.

The taxi industry, having already poured hundreds of thousands of dollars into licensing that rideshare operators are not legislated to assume, has lobbied for compensation from the city if companies like Uber and Lyft are permitted to operate in Winnipeg.

If at this point you do not want the two largest taxi companies to go bankrupt, or at the very least have a negative view on the prospect of ride sharing coming to Winnipeg, it might be because you are a taxi driver or owner of a soon-to-be uncompetitive taxi company. Given public perception of the taxi industry in Winnipeg, most people in the city likely do not want these companies subsidized through their tax dollars to help them compete against ridesharing companies.

Winnipeg’s taxi service is terrible. Despite the compelling  truth of this statement, we need to be wary of embracing the idea that apps such as Uber and Lyft will have nothing but a positive impact in communities that allow them free reign. This is not the case – not by far, according to the experience of cities that have already walked the path Winnipeg is about to start down.

What apps like Uber do is classify the people who drive for them as private contractors rather than employees, a legal distinction which allows the company to avoid a great deal of labour regulations. Surely, though, Uber and Lyft drivers are employees, not contractors. It’s important to recognize that as employees, drivers for these companies deserve to be treated fairly – the same way an employee at any other company would be.

Uber has alleged – and recently lost a case based on this position in the European Court of Justice – that they are merely a technology platform, rather than a transport service. Uber’s European legal battle was just an attempt to avoid the laws and regulations which transportation services like taxis and limos have to abide by. If Uber and Lyft want to compete in the market, then they must be regulated the same way other transportation companies are to keep competition as fair as possible. This ultimately leads to the best product for consumers.

Currently, Uber is only succeeding on the market because its business model is built around dodging government regulations. Much like Amazon, Uber operates at a loss, and relies on a stream of external investments so that it does not immediately need to make a profit. Uber prices its services well under the market rates, and customers can view the existing user discounts for Uber at any time, allowing it to drive any pesky competitors out of business.

It would be naive to think that Uber, as soon as it has achieved market domination, will not then raise its prices.

Uber recently claimed that some regulations may prevent it from coming to Winnipeg: specifically, licensing. Manitoba Public Insurance (MPI) submitted a document in Dec. 2017 detailing how it planned to roll out licensing for ridesharing apps. Licensing would be in the form of “vehicle for hire insurance packages,” with plans available for different allotments of estimated work time, all purchased by individual drivers instead of Uber’s preferred method of purchasing blanket insurance through the corporation.

Uber is opposed to any kind of barrier to entry that is not exactly what it wants. It is a multinational corporation concerned with its bottom line, not whether or not drivers are adequately protected in cases of costly accidents. This is all despite the fact that licensing packages offered to Uber drivers would be a quarter of the price of those offered to taxi drivers, where a taxi and Uber driver work identical hours.

It’s important to remember that other large businesses have played these types of games before. A corporation like Uber is not likely to pass up one of the largest cities in Canada as a market because of a few regulatory battles when it has overcome others in the past.

What would happen if there were little or no regulation placed on ride-sharing apps? This would result in a company in charge of policing itself – where employees are treated poorly, customers are not protected, employees are not suspended for violating terms and conditions. Companies require external sources of authority to impose standards, given that the motivating drive for any corporation is self-interest and profit. Without regulation, any conflict between self-imposed standards and profit would be resolved by appeal to the almighty dollar.

Regulations proposed by MPI and city council are for everyone’s benefit and safety. Let’s not be blinded by the dream of imagined greener grass just because our current taxi system is less than ideal.

The trouble with transit