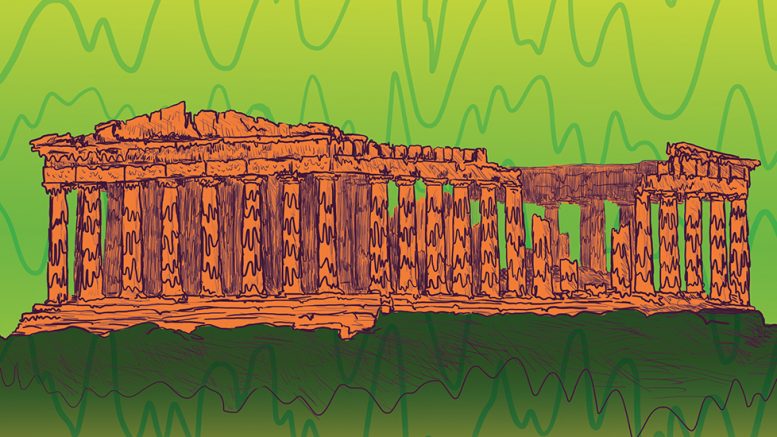 There is something quite peculiar about the current state of democracy in the United States.

One does not have to go far back to find a time when a Trump presidency was an idea as ludicrous as his career in the television industry. Even after blowing away the likes of Ted Cruz and Marco Rubio to become the Republican candidate for the presidency, the majority of the country’s news outlets still neglected his chances of overpowering Democrat Hillary Clinton’s status quo appeal.

In hindsight, this may be a sign of journalistic ineptitude. But, allegedly, Trump’s own campaign team was also sure of his defeat – right up to the night of the election. This bizarre narrative was explicitly revealed in Michael Wolff’s spellbinding new book, Fire and Fury: Inside the Trump White House.

Fast forward to election night: as a Trump victory grew more probable as voting results poured in, Wolff said his son Donald Jr. told a friend that his father “looked as if he had seen a ghost,” and that his wife “Melania was in tears.” So, it turns out that Trump was in sync with what most Americans think: he is in no way fit for the presidency.

Fire and Fury has dominated  American political conversation since its first excerpt was released online by the New York Magazine on Jan. 3. The book is already a best seller with over a million orders in the U.S. alone – it was only fully released to the public on Jan. 5. There is, however, one slight conundrum with how Wolff’s narrative has been taken up by the left, especially as he has yet to respond to the rallying cries of critics to release audio tapes authenticating his sources and claims to have done many on-the-record interviews while writing his book.

Through projects like Wolff’s, opponents of Trump and the alt-right are depositing their interests and discontent into the same schismatic bank that promises more social disorder. The essence of what was wrong with Trump’s campaign has been its ill-devised populist and alarmist rhetoric that has proven divisive amongst the American populace. Who would have thought that modern-day America, supposedly the face of Western liberal democracy and democratization efforts worldwide, would be a place where neo-Nazi movements and blatant anti-immigration notions could garner legitimacy by virtue of the ‘neutral’ positions its leadership maintains?

Indeed, in light of the white-supremacist Charlottesville rally, President Trump confidently relayed that “there is blame on both sides.” It is clear that Trump represents a bleak aspect of American culture that is deviant and lagging in the ideology of American democracy’s progression in its domestic arena. But, one thing we can learn from the liberties that have been manifested following civil movements over the last century is to transform moral beliefs into state-sanctioned codes of behaviour.

In calling for the recognition of their liberty, movements mobilizing around their moral beliefs called for formal liberties to be applied to society as a whole. To learn from the agendas of civil movements over the last century is to transfer this inclusivity into how we behave in our relationships with other people and in society generally.

While mobilizing around policy is one thing, some of the left’s tendency to construct their mobilization around the premises of hate-spewing attacks and name calling of its opponents is simply an imitation to the very formulation of the alt-right strategies they deem unwelcome. By understanding this, these segments of the left should change their rhetoric and show optimism that historical redundancies – racist, misogynistic, and xenophobic convictions – can slowly die out. It is arrogant to imply the existence of a higher-moral ground where the opposition to the alt-right fails to disengage with the same divisive techniques that comprise a large chunk of the alt-right’s relishes.

Yes, Trump is a self-proclaimed business mogul – but one that has declared bankruptcy six times during the course of his adult life. Trump has criticized the exportation of American manufacturing into China – and yet all the production of one of his clothing lines takes place, yes, in China. In a state of the union address to Congress, he remarked that ‘education is the civil rights issue of our time’ – yet the New York Attorney General sued Trump for $40 million for defrauding students through “Trump University.” An entire anthology outlining the hypocrisies and shortcomings of Trump, pre- and post-presidency, can be quite easily assembled through elementary online research.

What is most telling in this is that Trump often tends to provide for his own setbacks because he appears to be unable to fish out just what exactly it is that he is doing. This pattern can also be said true of alt-right movements: their demise can be easily hastened if we leave them alone to sit back and enjoy a drink of introspection, with acerbic undertones of realizing their ignorance on many contemporary issues. No, immigrants do not steal jobs. No, terrorism is not a phenomenon that began with 9/11. No, there is no scientific basis for a ‘superior’ race.  When they finally wake from their ‘introspective’ coma, the alt-right will register the stunning magnitude of their political illiteracy.

Just how do you get these statements under review by their very proponents? Do not give them a reason to fight back. In all honesty, the way Trump is presented in Wolff’s book is nothing short of what was already evident – he simply is not fit for the presidency. So, the best course of action moving forward is for Wolff to authenticate his sources, then to have his narrative available to the alt-right, without using it as a source that creates further division among the American people. Do not use Trump’s blunders as a launch pad for name-calling, personal attacks, and spreading hate against his followers. Focus on mobilizing around policy, not around the promoters of policy you dislike.

Let Trump be Trump for the couple of years he has. Let his presidency and the position that the alt-right holds be maintained, because, when it is all over, it will be regarded as the failure of the alt-right. Let it prove to itself that it is inapplicable and wrong. What this idea represents should not be noted as naive passivism. Instead, it should be seen as the left’s opportunity to disassociate themselves from the same techniques that have been historically prevalent in the alt-right domain. Do not add more fuel to their fire by allowing a defensive zeal to motivate their movements.

It is not too idealistic to hope that, for once and for all, the alt-right can die out on their own.

The sky is falling

G20 public engagement at the U of M