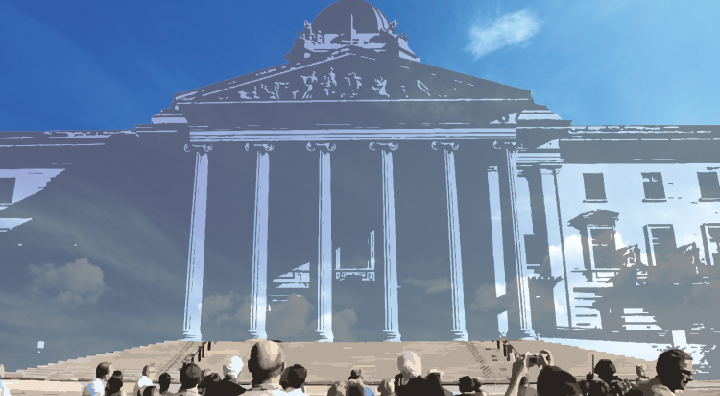 After waking up early on the morning of Nov. 10 and scrolling through Twitter to catch up on news from the night before, I stumbled upon a tweet from an NDP MLA that had me doing a double take.

Rob Altemeyer, the MLA for Wolseley, tweeted that the provincial PC government passed Bill 31 at 2:25 that morning – or night, depending on where 2:25 a.m. falls on your day/night spectrum.

The bill will allow universities to increase tuition by five per cent plus the rate of inflation annually and will relax restrictions on course-related fees.

The vote was part of an all-night marathon that saw nine pieces of legislation passed between 7:30 p.m. and 3:30 a.m.

Although no parliamentary rules were broken by holding the nuit blanche session, nor was our democracy put at risk from such a move, the optics of passing such a significant piece of legislation in the hush of a cold November night, with no one to bear witness save those partaking, are questionable indeed.

This, at a time when the provincial government has come under fire for their handling of students who opposed the legislation, only deepens concerns that the PCs are not giving students a fair opportunity to participate in decision-making.

On Nov. 9, a group of students staging a peaceful sit-in outside the premier’s office were escorted out of the legislature. During question period on Nov. 10 – hours before the government voted on Bill 31 – Pallister referred to the peaceful protest as a “rebellion.”

Students concerned about access to affordable education, albeit passionate, are not equivalent to the Métis provisional government of 1870 or the Rebel Alliance from Star Wars, Mr. Premier. There is no “rebellion” going on.

Pallister’s words hardly surprise me, however.

Last year, I spent months covering the provincial government at the legislature for the Manitoban. In that time, I heard the premier regularly use colourful and downright strange language to attack his opponents.

One afternoon, during the U of M faculty strike – which allowed me to sit in the legislature’s press gallery daily, as all my classes were cancelled – Pallister accused the NDP’s then education critic Wab Kinew of “peacocking for students.” On other occasions, the premier would randomly bring up Kinew’s past as a rap musician to embarrass him during question period.

I was at the legislature, witnessing this flippancy day after day, because I felt students needed to know what was going on in the halls of power of our province – on account of the fact that the goings on at the legislature have a direct effect on U of M students now more than any time in decades.

After the PCs were elected in 2016, it seemed clear that significant changes to provincial funding for university students and programs were coming.

We knew those changes would affect most U of M students, so the Manitoban got a membership to the legislature’s press gallery. We got the membership to stay as close as possible to the decisions being made on education issues and, to the best of our ability, hold the politicians to account for those decisions.

The faculty strike last year provided us with our first major opportunity to prove we were able to do that. In the lead up to the strike, the Pallister government issued a wage-freeze directive across all public-sector jobs. That directive included professors at the U of M.

Amidst a three-week strike, the faculty association cried foul and submitted an unfair labour practice complaint to the Manitoba Labour Board. All the while, students were put out of class and forced to reconcile lost course time well into what should have been the holiday break.

During press scrums at the time, Pallister repeatedly responded to the simplest of questions about the ongoing dispute with platitudes like: “I will not negotiate in public,” and “we were elected to fix the broken finances of the province and that’s what we’re going to do.”

He still uses that last one on a regular basis.

Following the strike’s resolution, I decided to begin pressing the premier and his education minister, Ian Wishart, on the possibility of university tuition hikes.

The previous NDP government placed a cap on tuition increases in 2011, tying them to the annual rate of inflation, which usually hovers between one and two per cent in Manitoba. The PCs never specifically campaigned to lift that cap, nor did they say they would if they were elected, but with all their talk of fiscal responsibility and “cleaning up the NDP’s mess,” the writing was on the proverbial wall.

Every question I got in on tuition to either the premier or Wishart was dodged or denied. That is, until March of last year.

Studying for a midterm on a Wednesday afternoon, I learned the government was planning on introducing a piece of legislation the following Monday that would allow universities to raise tuition. Immediately I emailed and called as many contacts at the legislature as I could for an advanced copy of the bill.

The legislation was introduced along with seven other bills on the same day. The provincial government was rushing to get all the bills they had been working on introduced that Monday so it could be voted on by the end of the session.

Political reporters were inundated with demands from their editors to get stories written about each one. Attention that could have been directed toward Bill 31 was split between legislation on ride sharing and marijuana legalization that was tabled the same day.

I reported from the legislature regularly between October and March last year. I continuously asked whether the government was planning on allowing universities to increase tuition. Not until the day they introduced Bill 31 did I get a solid answer on the issue.

The provincial government should have been more transparent about their plans to increase tuition.

The Washington Post’s dreary new motto is “democracy dies in darkness.” If the PCs continue to hold all-night voting sessions and keep journalists in the dark on their legislative plans, then worries over just how open this government is will persist.