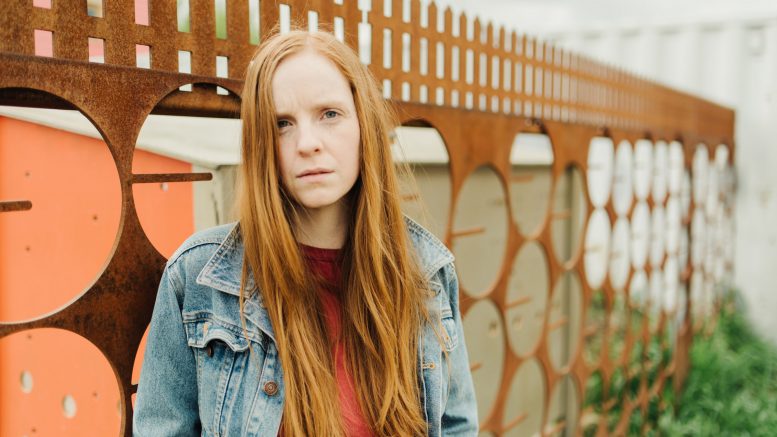 Faith Healer, an indie pop duo hailing from Edmonton, will be playing Dec. 20 at The Handsome Daughter.

The band has been touring across North America since Nov. 16, and Winnipeg will be one of the last of 35 stops, with only three more shows until Faith Healer wraps up the tour on home soil.

Faith Healer was originally the name for lead member Jessica Jalbert’s solo act, an alias she created to avoid being labelled as just a singer/songwriter. Since then, member Renny Wilson has joined the band to form a touring duo that released their first LP, titled Try 😉, which was released on Sept. 8 of this year.

Faith Healer most recently played in Winnipeg on Sept. 11 of this year and say they are happy to be back. Try 😉 also has a Winnipeg connection, the second song on the album having been written here.

“We had a great time last time we were in Winnipeg, it’s always a treat to be there. I wrote ‘Light of Loving’ when we were there in 2016, so it’s sweet to be able to perform it there,” Jalbert said.

After a visit to Salisbury House co-owned by singer of successful Winnipeg rock group The Guess Who, “Rene says Burton Cummings’ nips ain’t so hot, though,” Jalbert added.

Though the burgers are not up to Faith Healers’ standards, local music on their radar including local noise punk band tunic, and the local band they would most like to tour with is none other than 60s pop group Chad Allan & The Expressions (band of locals Allan Kobel and Randy Bachman).

They are currently touring with fellow Edmontonian rock artist Cecil Frena, set to release his album The Gridlock on Feb. 9 next year.

“We’re on tour with Cecil because he’s an old friend from our hometown in Edmonton. He’s done a lot of touring and has put together a great string of DIY dates all over America, a lot of places Canadian bands often don’t seem to play,” Jalbert said.

“So far it’s been very cool and enlightening, we’ve seen some unique sights.”

With a majority of the Canadian music industry being in Montreal and Toronto, living removed from the action has made Canadian musicians more inclined to move to those cities. Jalbert, however, has decided to stay in Edmonton.

“It’s hard to stick around when the winters are like they are, and the industry is a bit separated from the rest of North America’s industry. I’m sure Winnipeggers can understand,” she said.

“I’m sticking around though, my family is here and it’s a beautiful place, plus I get to tour a lot so it doesn’t really matter to me where I live.”

Wilson, the other half of the duo who now resides in Montreal feels differently about his hometown.

Faith Healer will play The Handsome Daughter Dec. 20. Tickets are $10 at the door.