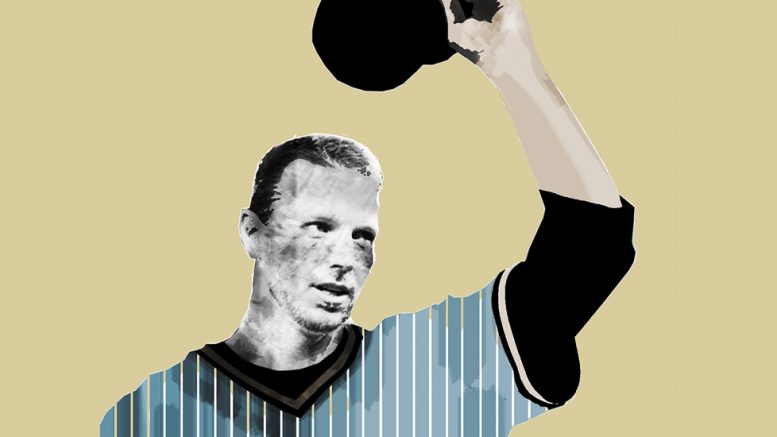 After retirement, Roy ‘Doc’ Halladay once mentioned in an interview, “I’ve been dreaming about flying since I was boy but was only able to become a pilot once I retired from baseball.”

On Nov. 7, that dream was cut short after a flying accident off the Gulf of Mexico took his life. Mere moments after the news broke, an outpouring of stories and condolences were told and shared by teammates, opponents, fans, and anyone else that had a chance to witness the man that was Roy Halladay, a testament to the character he brought on and off the field.

My personal story and connection with Halladay is that of a young sports fan who was trying to find the excitement my dad found in baseball. Growing up, the only sport I felt I really loved was hockey. I hadn’t yet been born when the Blue Jays won their back-to-back World Series titles in 1992 and 1993, and so I didn’t really have that connection as a fan my dad did with those euphoric moments for the franchise. I was more of a hockey kid, like most of my friends, and at the very least we had a team in the Manitoba Moose that had a major league connection as the farm team for the Vancouver Canucks. At the time, actively watching and following baseball seemed trivial.

After Halladay’s shaky entrance into the major leagues in 1998 – which included being optioned to the minors in 2000 – his coming-out party happened in 2002, when he was named an All-Star for the first time in his career. 2002 was also the year Canada’s men’s and women’s hockey teams won the gold medal at the Winter Olympics in Salt Lake City. I remember the men’s game being exhilarating to watch, huddled around the television with my family watching Canada defeat the neighbouring rivals the United States in dominating fashion.

But the Olympics are only two weeks, after all, and hockey season comes to an end around June. So at that point in time it seemed sports had come to an end for the year, and so I had to distract myself with other matters. As a seven-year-old, that included bothering my dad.

It was a Friday, June 7, 2002. My dad was starting to watch the Blue Jays as they hosted the Colorado Rockies, playing at what was formerly known as – and for some fans, still is – the Skydome. I don’t remember much from that day, and seeing as how I was able to watch the game I must have finished my addition and subtraction homework, or something to that effect. My dad told me to pay attention, because Roy Halladay was pitching. At that time, the name had no value to me. It was unlike when I heard names like Martin Brodeur or Steve Yzerman, so what was the big deal?

Maybe it was the movement on his pitches. Maybe it was the efficiency he worked with. Maybe it was the culmination of those factors and then some that displayed complete dominance. Whatever it was, I realized what the big deal was. This man on the mound had stuff that wanted me to keep watching. The way that he came on, did his work, and walked off, it was admirable. It was badass. And it was something that childhood dreams are made of. Forget the sticks and pucks, I wanted to pitch like Roy Halladay. The stat line for that game, by the way, was a complete game two-hit shutout in 106 pitches – 73 for strikes.

After that, the only Jays games I wanted to watch were games Halladay was pitching. Even as a seven-year-old, I knew this team still sucked, my evidence mainly coming from my dad yelling at the television set, complaining so-and-so should or shouldn’t have tried to hit that ball, as if it was that easy. In 2017 he still does this.

When Doc was on the mound, there was no way you could get me to leave the TV. If I had to drive around with my dad, you’d bet that he’d flip on the radio so we could tune in to hear what magic Halladay was dealing from the mound.

Halladay was a beacon of optimism and hope in the sea of mediocrity that was the Blue Jays. Every year of not reaching the postseason was a disappointment, but on the days when Doc was on the mound, it he made it seem that the team was going to be alright. Even against the powerhouse Yankees and Red Sox, it didn’t mean anything. He came to work to do his business, and then left as if it was just another day at the office.

I was 14 by the time Halladay was traded to the Philadelphia Phillies prior to the start of the 2010 season, and I wasn’t upset at all. I mean, this was a guy who was constantly putting the team, and dare I say the country’s baseball fans, on his back, trying to help Canada’s only – after the Expos relocated in 2004 – major league baseball team push for a postseason berth not seen since 1993.

Though Halladay never had a chance to win a ring, I think most fans would agree with me when I say he’ll always be a champion in some respect in our lives. Whether it’s through what he did on the mound or how he acted like a genuine, friendly human being off of it, I can only guess that I’m one of many people he had an impact on, even though we had never formally met.

The kid who loved hockey still loves it to a certain extent; I am Canadian, after all. My love for baseball has manifested itself in learning about it, writing about it, and surrounding myself constantly with the game, all because of a guy who wowed the imagination and wonder of some seven-year-old from Winnipeg who never really gave baseball a real chance up until that point.

I still wish I could pitch like Roy Halladay.