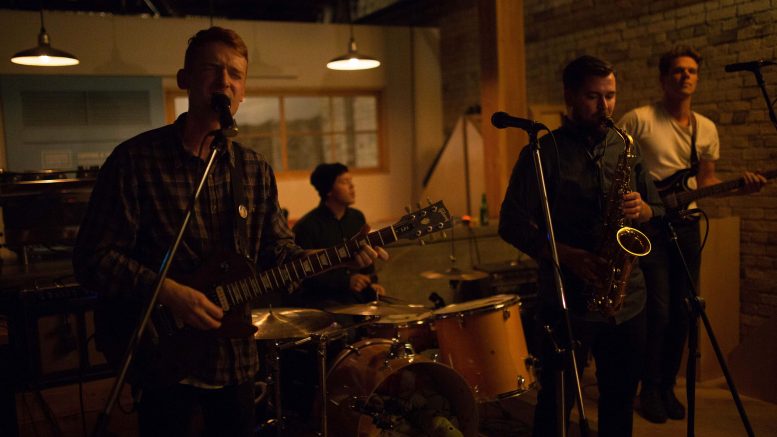 Their second full-length LP occasionally departs from the shores of pure indie to explore some roots and country waters, while staying close enough for an easy swim back.

Trio Stefan Hodges, Adam Nikkel, and Ian Ellis write gentle, emotional, and at times heavy songs that will tug your heart strings to the tune of bittersweet nostalgia, creating a sense of aging and history behind each song.

Nearly every track on the album is a new release. “Gone Again” came out on the latest version of Beach Station Blues, and “Heart of Darkness” is a cover.

The album opens with “Gone,” and “Gone Again,” which, while sharing more than part of a name, are not necessarily meant to be understood together. “Gone” carries a relaxed head-bobbing tempo that bolsters a simple melody. “Gone Again” brings it down a notch, while retaining a similar drumbeat. This version of the song differs from the previously released version mostly in volume only, likely due to the recording method used for the album.

This new album was recorded and mixed analog. Nick Liang engineered the record on his reel-to-reel tape machine with a couple rented compressors. The band recorded each track in only a handful of takes to keep the songs fresh and preserve tape, according to Hodges. He attributes the raw, stripped down feeling of the album to this recording method.

That raw sound comes through most noticeably for the first time, unsurprisingly, on “Lists,” a quieter and slower song that couples gentle acoustic guitar with light and bright piano notes that follow Hodge’s voice throughout the melody. “When You” steps back into the fun indie style of Animal Teeth’s last album before “Can You” moves forward into their newer style with a country roots spin, with harmonica joining in for a slow and gently haunting song that begins with the lines “Cut me in two, I can spread myself thin.”

The album art, a piece by Britney Kornel that was commissioned for this record, gives a subtle hint as to the album’s contents. Overall, A List of Things to Say is like a small old boat on soft lake waters, carrying the listener through one emotional landscape after another. From content and carefree upbeat tracks to bittersweet but not quite sad slower tracks, each song is expressive; it is just a matter of which emotion Animal Teeth chooses to express next.