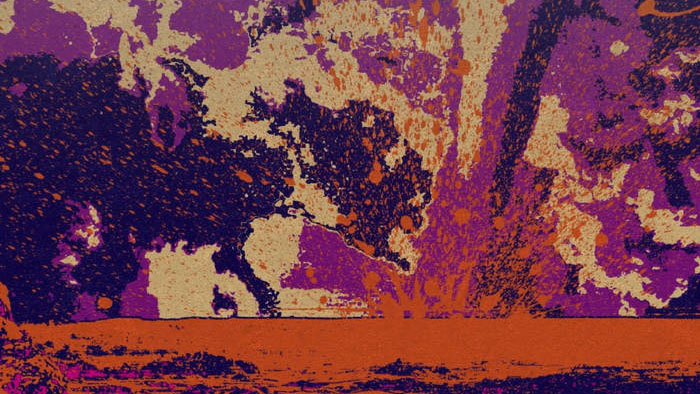 Local genre-bending experimental jazz fusion group Odd Outfit released their debut full length album Up, Down on Aug. 16 to the delight of fans long awaiting the release of music from the quintet that formed in the summer of 2014.

The band – consisting of Alex Chochinov, guitar; Jorden Hart, trumpet; Graeme Leaver, keys; Karl Manchur, bass; and Adrian Schroeder, drums – have since experimented with expanding their purely instrumental tunes by adding a local female singer, Haita – Dana Waldie – to live performances. She is not featured on the album, but may be included in future shows or an album years from now, further layering the group’s sound.

The album starts off with “Intervention,” with background music that, though mellow, is quite complex, while the trumpet takes the lead with a painfully catchy and soaring melody that is unfortunately very difficult to sing along to. The whole band collaborates on one of these catchy melodies in “It Will Catch Up With You Too,” while passing off soloing duties from member to member.

Since the album is instrumental, the songs are much more open to interpretation, and the only words present are the titles of the song. Whirring, distant sounds could be characterized as celestial on the second track guided by the title “Moons Aligned,” where instrumentation comes in and out of focus as if circling in orbit in a slow and soothing song.

Odd Outfit chugs along on a lot of the tunes. Their rhythm section seems to rein in the ever-exploring guitar, trumpet, and keys to a place of consistency, something that creates the required ground in songs like “Blue Flower (Leaving the Cabaret)” where the unwavering bass serves as a parent to the extremely talented children saying “hey mom, look what I can do.” A break in the song featuring only the consistent bass line before the other instrumentation launches back into musical mayhem is a highlight of the album.