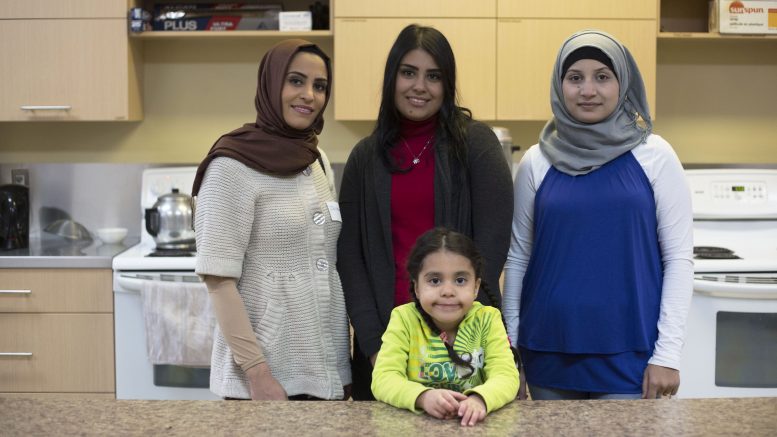 Churchill Park United Church will be hosting a fundraiser in association with the South Osborne Syrian Refugee Initiative (SOSRI) on Nov. 4.
The Syrian-themed dinner and performance will feature a three-course meal and performances by the Winnipeg Boys’ Choir, The Whiteshell String Quartet, Syrian dancing, and a variety of other performances.

The menu will be chosen and prepared by Zainab Ali and her husband, Joseph Chaeban, family members of the 13 Syrian refugees from three families that were sponsored to come to Canada by the group.

There will be traditional dishes including Syrian meat pies, grape-leaf rolls with rice and vegetables, and chicken thighs marinated with Syrian spices.There will also be Booza, or Arabic-style ice cream for dessert. There is an option for children under the age of 12 to have pizza instead.

Chaeban has been living in Canada since 1988 and has three children with Ali. Ali said that when she heard Canada was accepting Syrian refugees, she hoped to bring her family to live in Winnipeg. SOSRI was formed in 2016 when citizens of the neighbourhood heard Ali and Chaeban’s story and partnered with Churchill Park United Church to bring their families to Canada. The families were forced to leave Syria due to civil war, and had been living in Lebanon and Turkey awaiting sponsorship funds.

“It’s a unique opportunity that we had, for a community and a church to work together,” said Reverend Janet Walker.

“Everyone wanted to respond to the major crisis that went on there and sometimes we don’t know how to do that but we found that with a partnership we can do it together.”

Walker said that as a church, they have a greater ability to sponsor refugees than communities or family members on their own, which is why the partnership is so important.

The refugees arrived at staggered times starting in October of 2016 and all 13 members are now in Canada as of February.  This is the final fundraising project to ease the debt of travel expenses that are not typically covered by sponsors. Walker noted that “We do not want the
families to be saddled with debt as they transition from our sponsorship support after they&#39;ve been here one year.”

“They’ve all been able to live in the South Osborne community, the community found housing for them, furnishings, all the things you do when you sponsor a refugee family” she said.

Two of the sponsored families are Christian and one is Muslim. Walker emphasized that it was important the families found homes in which they felt comfortable to worship and express their beliefs. She added that regardless of faith, the church is still a gathering place and a place to share their culture with people in the communities. The families that are being sponsored are participating in the fundraiser and have the opportunity to thank everyone for all their support.