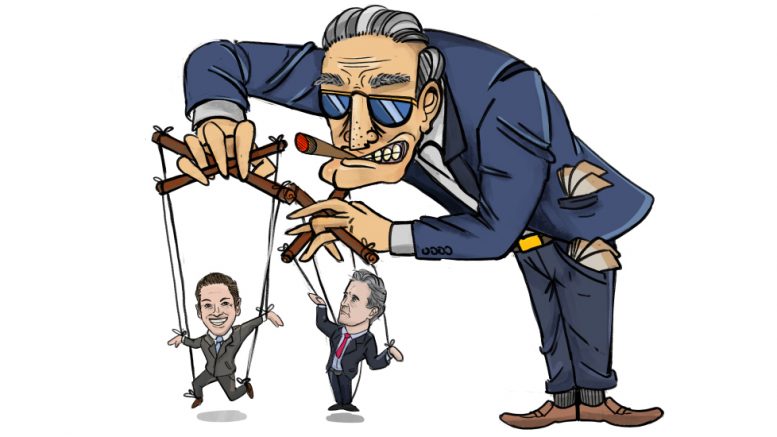 It cannot be said that Canada does not have issues with its political process. It absolutely does. However, our issues pale in comparison to those of the U.S.

On the evening of Oct. 1, 2017, a 64-year-old man open fired into a crowd at a country music festival in Las Vegas, killing 58 people and injuring over 500 others. But this obviously was not the first mass shooting in America. Before this, the most talked about mass shootings were the June 2016 Pulse nightclub shooting and before that, the Sandy Hook elementary school shooting in December 2012.

Since the Sandy Hook shooting, there have been over 1,500 mass shootings in the U.S., with the U.S. now averaging one mass shooting per day.

Yet, since 2012, there has been absolutely no change in gun legislation in the U.S. In fact, there has not been any kind of gun-regulating legislation at all since 2008, when George W. Bush signed the National Instant Criminal Background Check Improvement Act, an amendment to stop legally-declared mentally-ill individuals from buying guns.

Between 2009 and 2017, under then-president Barack Obama, progress was, if anything, reversed.

In the little legislation that Obama did sign, he actually affirmed the rights of gun owners in two laws, one allowing licensed firearm owners to legally bring guns into national parks and wildlife sanctuaries, and another that allows Amtrak train passengers to carry guns in checked baggage.

In his eight years in office, Obama did not sign a single piece of new legislation restricting guns – and in fact bragged about his strong support for firearms, saying, “[M]y administration has not curtailed the rights of gun owners – it has expanded them.”

Why are there tens of thousands of people dying of gun violence every year in the U.S., while there are virtually no presidents or members of congress willing to do anything to remedy it?

Many Canadians simply believe it to be a cultural difference because of the United States Constitution’s second amendment and the subsequent belief that access to a gun is a right. Although this plays a role, it does not address the heart of the problem.

Even though nearly two-thirds of Americans believe their constitution guarantees the right for each person to own a gun, 94 per cent support background checks for all gun buyers.

The short answer to the gun question is the National Rifle Association and its incredible success at stopping any kind of new gun control legislation. The long answer is the deep and systemic issues ragarding the boatloads of money influencing the American political system.

This dates back to two Supreme Court decisions from 1976 and 1978. The first, Buckley v. Valeo, ruled that spending money on a candidate constitutes speech and should be protected as such. How absurd is that: money is speech? By that logic, someone paying a prostitute would simply mean to speak to them. Clearly this is nonsensical: money is property, not speech.

The second Supreme Court ruling, First National Bank of Boston v. Bellotti, concluded that a corporation is, in essence, a person, and therefore deserves first amendment rights to freedom of speech – and therefore the freedom to spend vast amounts of money on politicians. This is how legal bribery in the United States began.

Princeton University did a study to see if public policy was at all affected by these Supreme Court decisions, and if the U.S. government really does represent its constituents. The study looked at nearly 2,000 policy positions and 20 years of data and concluded that the opinions of average Americans had a “near-zero” impact on public policy. The researchers then looked at donor influence, and found nearly direct correlation between the opinion of elite donors and public policy.

This means that between the years 2007 and 2012, the 200 highest-contributing American corporations contributed a combined $5.8 billion to lobbies and campaigns. The end result for those very same corporations was the receipt of $4.4 trillion in federally-backed business.

When you have the largest corporations and billionaires buying policy positions, you no longer have a democracy: you have an oligarchy.

Unfortunately, when the vast majority of congress is accepting large donations, the chances of a two-thirds majority agreeing to a constitutional amendment are very low.

Meanwhile in Canada, we have an annual contribution limit of $1,550 to political campaigns, and corporate donations are completely outlawed. So regardless of how you feel about our elected politicians, they represent their constituents and not large corporations, since they do not have any explicit financial interest to do otherwise.

If the people of the United States hope to have any kind of representation in their political process, it is imperative that they get the money out of their system and take back their democracy.