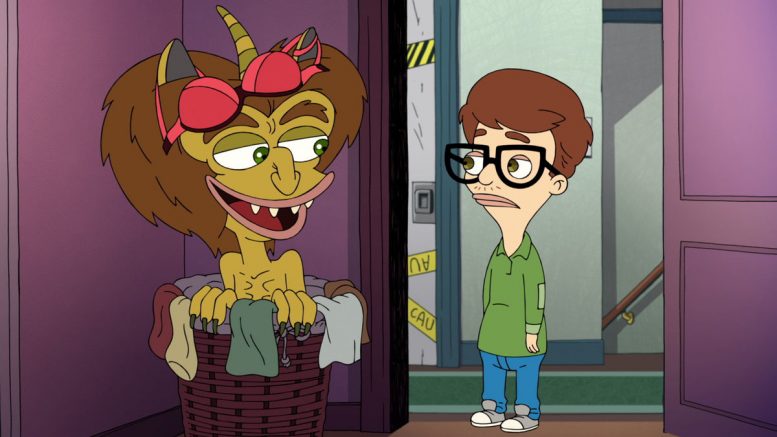 Writer and creator Nick Kroll, and writers Jennifer Flackett, Andrew Goldberg, and Mark Levin are the brilliant team that created Big Mouth, the ultimate sex-ed video/guide to puberty out there.

The well-done show is also backed by some amazing well known and celebrated comedians like Maya Rudolph, Fred Armisen, and Jordan Peele.

In some of the cartoons we are most familiar with as kids, animation brings to life the impossible. Classic children’s cartoons use comedic exaggerations to create a world that is not our own but is an escape from our reality.

“Adult” cartoons seem to juxtapose the innocence of the form, allowing excessive vulgarity in shows, zero consciousness for characters, and of course very limited consequences for those characters’ actions. The infinite worlds of the popular series Rick and Morty and the perverted James Bond-esque series Archer are great examples of this.

Conversely, recent Netflix series, Big Mouth, uses the art of animation to create a show that is the perfect balance between comedic, educational, and outrageous. Two young boys and their classmates are struggling through something we all have, puberty. However, their hormones are personified through “hormone monsters,” large, vulgar, honest, and sexually charged fairy godparents of the young teens on the edge of adulthood. The adolescents’ relationships with the hormone monsters evolve from one of resistance to one of friendship that allows them to have a free-flowing dialogue about their bodies, minds, and emotions. Because the characters are so young, animation is the perfect form to tackle those topics.

The intended audience for the show is very broad. As entertaining as it is for adults, young adolescents can benefit from the themes in the show, ranging from menstruation to erections and self exploration to questioning sexual orientation. The issues that both male and female characters face are the topics you wish your teachers had covered in class. The show is also seemingly reliable because of its honesty and tell-it-how-it-is approach, which makes it funny as well as extremely informative.

Sexual harassment, lack of male knowledge on the female body, and adult sexual frustration are all things addressed in this series that should be easier to talk about to your friends, family, and in the media. Through humour, Big Mouth removes the stigma and creates a platform for conversation.

The fact that schools don’t provide the proper sex education to students is addressed in the opening line of the first episode and works to set the tone for the rest of the series. Male leads Andrew and Nick are watching a dated sex-ed video in class about female reproductive organs with an extremely disinterested teacher gazing off into the distance. When the video says that “the uterus is the centre of female reproductive activity” Andrew turns to Elliot and says “The uterus? I thought girls had vaginas,” and Nick replies “I thought that too, but I guess they don’t.”