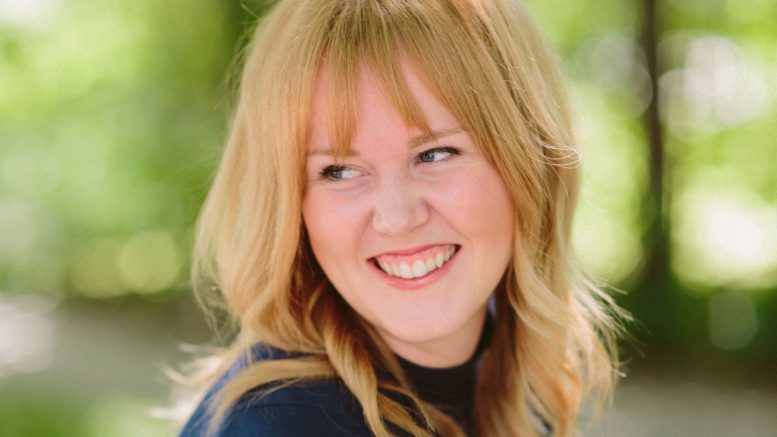 Local comedian and host of the fundraiser, Dana Smith

Hilarious folks will be tickling funny bones to raise funds for life-changing theatre at The King’s Head Pub and Eatery on Nov. 15. The Women’s Comedy Night Fundraiser will feature some of the funniest women in the local stand-up game including Anjali Sandhu, Kate Schellenberg, Florence Spence, and Heather Witherden to raise money to provide opportunities for women theatre artists.

The show will be hosted by Sarasvàti Productions, a local theatre company that strives to transform society through theatre by addressing social issues while supporting emerging artists.

Angie St. Mars, associate producer of Sarasvàti Productions, thought the Women’s Comedy Night would be a fitting event. “As a theatre company, we work hard to provide a platform for marginalized voices and to promote equity on Canadian stages,” said St. Mars.

“Our fundraisers are not a production but we want them to serve our mandate.”

St. Mars said the fundraiser show is a great opportunity for women to enjoy and feel connected to a comedic performance. “Everybody wants to see themselves reflected on stage, but not everybody gets that opportunity as often,” she said.

“Women are hungry to hear jokes that speak to their specific experiences. When someone can make you laugh about an experience you’ve been in it feels amazing – it’s connective, it’s cathartic.”

Dana Smith is a local stand-up and sketch comedian who regularly performs across North America. Smith also hosts the Women’s Open Mic Comedy show on the first Friday of every month at Wee Johnny’s Irish Pub, which she recommends for any woman wanting to give stand-up a try. “It’s an incredibly welcoming room and home to a lot of first timers,” she said.

Smith said that women face many barriers that that exist beyond just comedy, but there are more women in comedy and more shows available to them than in the past. Women are funny and they are proving it, she said. If anyone disagrees, “I don’t talk to those people. They’ve obviously chosen to ignore reality.”

The fundraiser show sold out last year and is almost sold out this year, with less than 20 tickets available for the 9:30 p.m. show. The 7:00 p.m. show is already sold out.

St. Mars said she is not surprised. “Stand-up is great because the comedian has all the control,” she said. “Women doing stand-up can write and deliverexactly what they way to say, exactly how they want to say it. Plus, the women doing comedy in Winnipeg right now are frickin’ hilarious.”

The show will take place at The Kings Head Pub and Eatery on Nov. 15. Tickets for the 7:00 show are sold out, tickets for the 9:30 show are available for $15 at sarasvati.com.