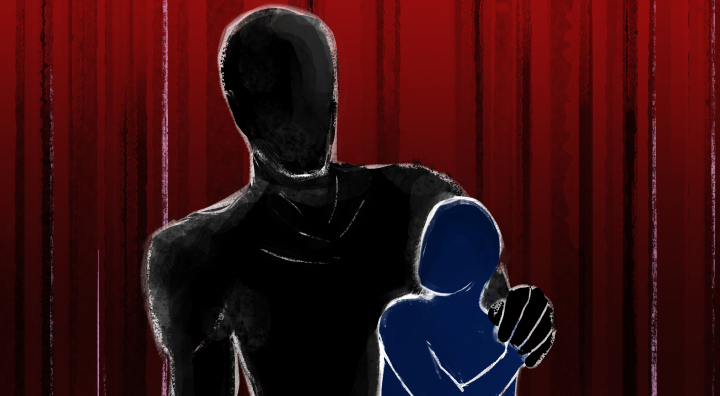 Call Me By Your Name is the film adaption of a novel depicting romance between two men in 1980s Italian bourgeois society. Now, allow me to call it as it is: the romance is not between two adults, but between a 17-year-old boy and a 24-year-old man. It is not a romance, then, but a perverse romanticization of what in reality would be a predatory relationship.

The film opened at the Sundance festival in January 2017 but is only beginning its general release in the U.S. come late November. It will be released in Canada in early December. Since its initial showing, critics have raved over the film’s so-called sensual passion and earnest portrayal of young love between two flames.

The Guardian’s Peter Bradshaw published praise, saying the film is full of “poetic languor” and a “deeply sophisticated sensuality,” only after mentioning it was also a “coming-of-age” story. What age are those who ‘come of age?’

Stacey D’Erasmo of The New York Times called the original novel “as much a story of paradise found as it is of paradise lost,” only in the next sentence acknowledging that the plot revolves around an “adolescent sexual awakening.”

By filtering the subject matter of the film through a rose-tinted lens, commentators and critics have become complicit in justifying a practice that not only plagues the film industry, but also affects relationships between gay men generally.

To see that this problem is rampant across film, one need only recall recent scandals that build on a Hollywood history of sexual predators preying on the young and vulnerable, be they up and coming actors or people in positions of subordination to the vile bigwigs. Waves of allegations of molestation and sexual harassment have washed over industry figures like Bryan Singer, Kevin Spacey, Jimmy Saville, Roman Polanski, Brian Peck, and so on – and so on. There is not enough ink nor paper in the world to document every count of sexual abuse toward minors and its subsequent host of apologists.

To evidence this disturbing phenomenon regarding relationships between gay men, there have been tentative qualitative studies that show a trend of young men being attracted to men one to two decades older than themselves. While the nature of this attraction is inconclusive, it is concerning as sexuality is most clearly expressed during puberty in adolescent years.

If teenagers are coming into their sexuality in a space that licenses problematic age differentials between “lovers,” then the problem is clear: there is ample room for minors to become sexually engaged with adults.

No one should be in the morally bankrupt business of licensing sexual relations between minors and adults. Call Me By Your Name is one such license.

This is not to say that decades-long homophobic propaganda of the like that claims pedophilia is part and parcel of homosexuality holds any merit. Those claims are simply false, and the statements here are not to be evidence for this line of reasoning. The purposes of this argument are rather to shine a light on a dangerous problem facing youth broadly, and sexual minorities specifically. While this discussion is uncomfortable, tense with complexity, and bound for controversy, such reasons are no reason to remain silent in the face of these issues.

Indeed, it is a moral fact that it is unacceptable to stay silent in the face of numerous film reviewers expressing endless romantic platitudes over a film that presents, as socially and morally acceptable, a sexual relationship between a youth who is discovering his bisexuality and an adult with years of prior emotional and sexual experience. These very platitudes have the effect of dousing suspect power dynamics in flowery perfume, cloaking an unequal relationship in the dress of a romantic tour-de-force and ultimately distracting from its reality as a predatory exercise in preying on the young.

Never mind that the film presents the 17-year-old, Elios, as a burgeoning intellectual, and the 24-year-old, Oliver, as a sensitive American foreigner. This is a fantasy. By stepping outside of reality, the fiction conveniently sidesteps the power relations that dynamize any sexual relationship. Flesh and blood people do not have this luxury. Instead, young people develop and express their sexuality in a world that is fundamentally shaped by those who have power and those who do not.

While power and vulnerability are various in their manifestations, there is a common denominator – the disparate relational features held between the involved parties. One recognizes that professors should not be permitted to engage in sexual relationships because it involves a gross abuse of power and authority. A professor should be a trusted figure, and by sleeping with a student, the professor has capitalized on a vulnerable person situated in a position of subordination to them. The same goes for employee-boss and patient-doctor relationships. The person in a position of authority is dominant over the other, and this dominance bleeds like a slashed aorta into personal life.

The moral problems involved in such a dynamic are amplified when adults engage in sexual relationships with minors, or youths. While minors are legally categorized as persons under the age of 18, it is not the legal boundary that problematizes youth-adult sexual relationships: rather, it is moral considerations surrounding the age-differential.

These moral considerations come to fruition in a relatively simple, single belief that relationships as deeply intimate as sexual and romantic ones must be held between equals. Age differentials that involve minors and adults introduce a troubling inequality because the sexual partners possess disparate levels of maturity and experience, both emotionally and sexually. This gives the older, more dominant partner a great deal of power and authority over the younger, more subordinate partner, and further intensifies the latter’s significant vulnerability in sexual interactions. When lacking this element of equality, a relationship is better characterized as one between predator and prey than consensual lovers.

But the wrongness of youth-adult sexual relationships is not just about consequences: it is simply a gross abuse of power and authority for an adult to take advantage of a minor in such a fashion. This kind of conduct is unacceptable, regardless of context. Fantasizing over sexual relationships that involve a minor and an adult, as is done in Call Me By Your Name, ignores that reality and at once apologizes for and glorifies a practice that must be unequivocally reviled.

In order to make change, one must make an impact. To contribute to the profiteering of a fiction that sees age as just a number in the one instance where it counts is an implication one cannot bear the cost of. To see Call Me By Your Name in theatres, to pay for and read the novel, is to let its creators and recreators off the hook for their actions and the consequences that follow.

If we are serious about ending the epidemic of pedophilia in Hollywood – both on and off screen – then we must take every instance of it seriously. We must also hold accountable fictions that would have us bewitched into an accepting slumber as condemnable moral crimes pass before our very eyes.

I refuse to be a target