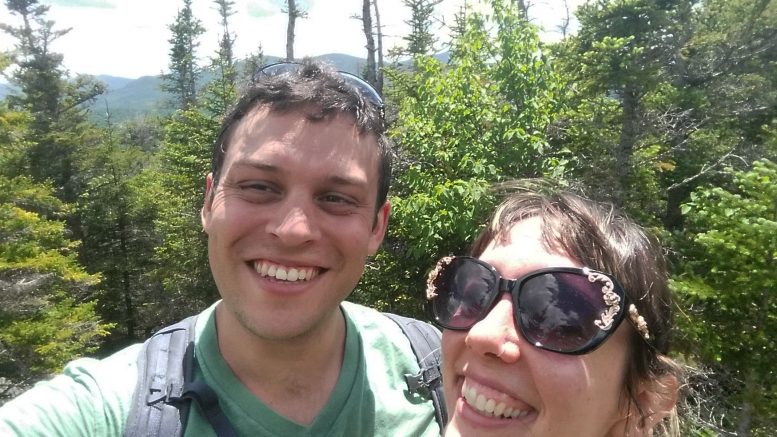 On Nov. 25, friends, family, and supporters of Peter Baergen Warkentin will gather at The Skyview Ballroom in the Marlborough Hotel to raise funds to relieve financial stress stemming from a recent spinal cord injury that left him paralyzed from the chest down.

While playing hockey with friends on Sept. 30, Baergen Warkentin broke three vertebrae after crashing headfirst into the boards.

All the proceeds from ticket and auction sales will go toward costs related to Baergen Warkentin’s injury and post hospital readjustment. The fundraiser, branded For Pete’s Sake, is organized by his partner Samantha Halas, a professional contortionist and antipodist – someone who juggles with their feet. Halas has gotten together some of her performer friends to host a child-friendly, cruelty-free circus which, according to the event’s Facebook page, will include interactive games like “a laser installation, face painting, learning circus skills, fantastical balloon creations by Sleepy the Clown and much more.”

“It might be more accurate to call this event a ‘variety show with a strong circus flavour,’” said  Baergen Warkentin’s friend of 20 years, Thomas Kroeker.

“It’s going to feature a lot of different kinds of entertainment: music, really great raffle and silent auction prizes, and also a bunch of stuff that one might put under a circus heading, like contortion, dance, and generally impressive physical feats.”

The event will feature DJ’s Jay and Kay, as well as DJ Delf Leopard, with the music ending at 1:00 a.m.

The event page points out that the event aims to be accessible for everyone, something that Kroeker said should be ensured whenever possible in event planning.

“It’s particularly important for this event to be both physically accessible and generally welcoming to a wide variety of people, since it’s a benefit for someone who, because of his injury, is going to face increased barriers to participating in certain activities,” said Kroeker.

Friends, family, and strangers have rallied together to help Warkentin since the day of the accident, said Kroeker. From hospital visits, to donating funds online people who heard Baregen Warkentin’s story have been helpful so far and continue to support. People in the community have been offering prizes, use of venues, and volunteer hours to help raise funds to ease the financial stress that comes with such a devastating injury.

“I’ve heard a couple of stories of people, who had never even met Pete, donating to his cause after hearing about his accident,” said Kroeker.

Baergen Warkentin’s current crowd-funding page on YouCaring has so far raised $60,850 with the help of 459 donors.

“It’s quite inspiring to me, to think of somebody being so sensitive and empathic to the suffering of another human that they’re able to transcend the barriers of social distance and make a caring gesture,” said Kroeker.

“It’s serves as an example to everyone, certainly to me, to keep our hearts open to those around us who are suffering in various ways, and to be generous to them.”

Tickets are $20 in advance, $25 at the door (children by donation). Tickets are available at Jonnies Sticky Buns, Music Trader, and Cousin’s Deli & Lounge.