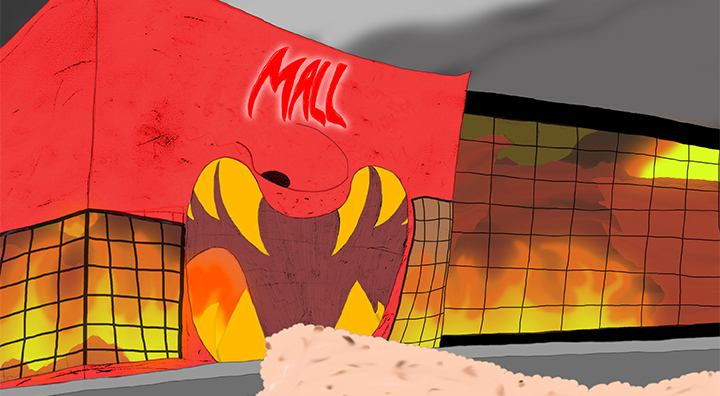 ‘Tis the season to be jolly: if you’re a capitalist, that is.

The National Retail Federation, an American trade association, reported that the “holiday” shopping season – kicked off by Black Friday – can constitute 30 per cent of a retailer’s total yearly sales. Averaging upward over the last decade, total sales during this shopping season are estimated to generate over six hundred billion US dollars: the average shopper individually contributes just under a thousand dollars to this total.

Statistics Canada has reported less severe numbers in Canada. Annually, the holiday season brings in approximately 20 per cent of total retail sales. Contextually, however, both North American countries are suffering similarly. Credit card debt in Canada massively outweighs disposable income – where the average Canadian carries over $22,000 in non-mortgage credit debt – while the average American owes just over US$16,000 in non-mortgage credit debt.

Who shops during the festive feeding frenzy of the holiday season? Young people aged 18 to 34, according to an Ipsos poll: all while the average Canadian student debt passed $25,000 in 2015, with average American student debt reaching an average US$37,000 in 2016.

Two of the major so-called advanced economies of the world have their citizens buckling under the increasing pressure of credit built on the back of more credit. We may soon see the straw that breaks the camel’s back. But at this rate, it won’t be a straw: there’s a 20-pound iron weight swinging down with our names on it.

Fueling this spending spiral is the fact that consumption has become a staple social practice across these two North American countries. Every major holiday is characterized by material items: presents for Christmas, costumes for Halloween, chocolate for Easter, beer for St. Patrick’s Day, back-to-school shopping for Labour Day. The list goes on.

Our social practices have been hollowed out by the bottom of the bargain bin X-Acto knife of capitalism. Traditions having to do with bonding between family and friends – sharing and caring with each other, so to speak – have had their emotionality crudely carved out in favour of loonies and toonies, cheques and dollar bills.

Social gatherings of this kind, which preceded mass-consumer markets, now seem to live by their dictates. If it’s not material, it’s not doable. Social norms are such that gift-giving is a knee-jerk reaction to the prospect of celebration.

Newborn children are brought into this world, flanked by scores upon scores of freshly purchased consumer goods. Diamonds carry meaning between newlyweds, household appliances between friends. While some gift-giving practices of the latter kind hold functional importance, this is only so in a contradictory context where deflationary – or stagnant – wages are given out in inflationary markets.

In other words, the only reason some gift-giving serves practical purposes is when individuals do not possess the income required to fulfill their own necessary purchases. What are friends for under late capitalism? Buying dishware, of course.

The commodification of meaning is especially a problem of the bourgeoisie. Circumstances like these have been functionally re-jigged by those who fall on the lower end of the income stratum. Yet the more disposable income one has, the more money is spent for spending’s sake: spending seen as a status token or the compulsive reaction one has to the nihilism of a culture consisting of consumption for consumption’s sake.

Social gatherings once made special by human company are now qualified by corporate company. While value is to be found in a multitude of places, vesting it in cheap commodities uniformly churned out to the nth degree is an unlikely harbourer of meaning. This is especially so when commodity presentation takes on a necessary role in these very gatherings.

Human relations have lost their meaning. If this meaning is to be found in today’s society, one should look first to the wrapped and ribboned boxes passed between hands at gatherings; gatherings made up of loved ones second only to loved things.