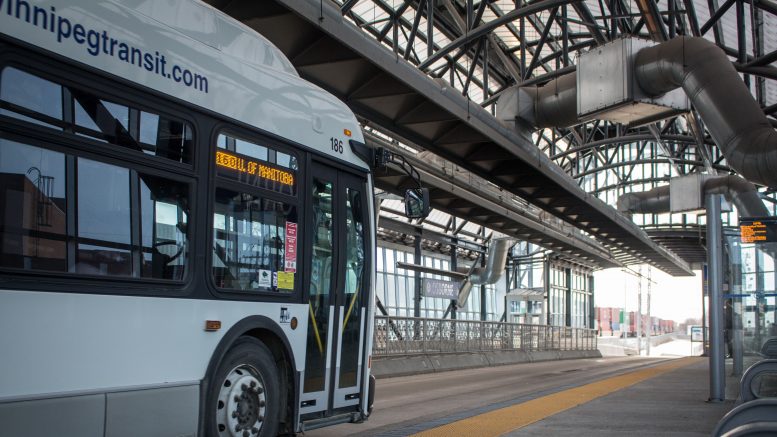 Winnipeg Transit faces drastic budget cuts including a 25-cent fare increase along with an elimination of 23 bus routes.

“The changes are terrible,” he said. “It’s really hard to find any kind of silver lining.”

“It’s going to be very difficult for the public to deal with,” he said. “It’s hitting the low-income, working-class people, unfortunately, because they need that bus service out there.”

“We, as a union, have never been contacted or consulted in any way, shape, or form on these issues,” Chaudhary added.

The transit fee hike will increase bus fares by an additional 20 cents above the annual five-cent inflationary increase, effective January – the largest jump in transit fares since 2008. Fares will increase from the current $2 .70 to $2.95 per trip. The full fare monthly transit pass is also expected to rise nearly $10 from $90.50 to $100.10.

Fares will continue remain below the national average, which is $3.22.

The proposed increases follow the provincial government’s moves to end the 50/50 transit funding agreement with municipalities and leave provincial transit funding to the city frozen at 2016 levels. This has resulted in a $10 million shortfall in Winnipeg Transit’s operating budget. 50/50 transit legislation guaranteed provincial funding for municipal transit agencies in Manitoba, requiring the province to match municipal contributions to transit agencies.

“That’s the tangible experience of a transit rider when funding is not keeping pace with increase in ridership.”

Winnipeg Transit also expects to reduce service on 23 routes starting in June. A preliminary list of service reductions has been prepared by Winnipeg Transit, with the 23 routes with the lowest ridership identified for reduced service.

“Here if you miss a bus after off-peak hours, you could be waiting half an hour to an hour for the next bus, which is ridiculous,” Chaudhary said.

The budget also includes an additional $460,000 earmarked for more bus fleet cameras and shelters for bus inspectors, and $717,000 to support additional transit security.

These investments will implement the transit safety recommendations made following the death of a Winnipeg Transit operator in February.

Irvine Fraser died after he was stabbed repeatedly in the early morning hours by a passenger who refused to exit a bus at its final stop of the night on Dafoe Road, directly across from Taché Hall on the U of M’s Fort Garry campus.

“We’re hoping that that money will be used wisely and not wasted,” he said.

However, Chaudhary expressed worry, saying the proposed changes could potentially increase the security risk to drivers.

“As a union we’re very afraid of the fact that as they decrease the service, there’s going to be more increase on assaults on bus drivers,” he said.

“So let’s say if I was the bus that passed you up and half an hour later another bus in the middle of winter comes – it’s minus 30 below – and you have to wait half an hour, you’re going to be very, very upset when the next bus arrives. Who are you going to take it out on? It’s the driver.”

What does this mean for students?

“Mainly if they are cutting routes, I would be very concerned about the students who are paying for U-Pass. It’s unfair for students to be paying more for less service.”

Nagra said that UMSU is working on setting up a meeting with city councillors regarding the changes and their possible impact on students.

The U-Pass fee is $132.50 per term and is automatically assessed on U of M students’ Aurora fee statements. Only students who live outside the city or those registered with Handi-Transit can opt-out.

Kornelsen said the changes could affect the potential for U-Pass users to become long-term transit riders.

“The U-Pass was brought in with the expectation that it will create lifelong transit riders,” he said. “That if you give people that incentive to ride the bus, then they’re going to realize how how awesome transit can be and then want to be riders going forward.”

“You’re risking all the value that the U-Pass is supposed to provide,” he added. “The U-Pass will now teach students that actually transit is terrible.”

A Guide for the Urban Voyageur