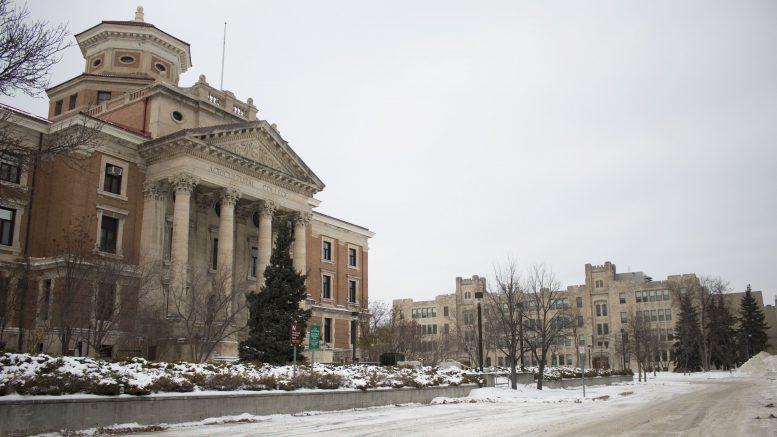 They applauded as they humiliated him.

When Noah Lew’s name was put forward for ratification as an elected member of the Students’ Society of McGill University (SSMU) board of directors at a general assembly meeting last month, students cheered as they voted “no.”

Was it because of Lew’s positions on university issues? Or some conflict of interest that would impact his ability to serve on a student union board of directors?

No. They voted to kick Lew out of McGill student politics because he had affiliations with Jewish political organizations.

Lew himself took it one step further and claimed he was targeted solely because of his Jewish identity.

To anyone involved in, or following, student politics – who cares about campus issues at McGill or any other university or college in the country – Lew’s ouster should raise eyebrows.

For was Lew voted out because he had ties to Jewish political organizations, or was his removal the most recent incident of a growing trend of anti-Semitism on Canadian university campuses?

Democratize SSMU, an active McGill student group that has close ties with the anti-Israel Boycott, Divestment, Sanctions movement, said they targeted Lew in the lead up to the vote because of his affiliations with pro-Israel groups like the Canadian Jewish Political Affairs Committee.

The group singled out Lew and two other student politicians in protest literature earlier this year, alleging they were involved in “layers of corruption” and a system of political favouritism in appointing board members on McGill’s student council.

Democratize SSMU later apologized and admitted they were “insensitive to anti-Semitic tropes” in targeting the three students. However, the damage had already been done. Without any discussion or debate, Lew was voted out in an act of pitiless spite.

When a group uses anti-Semitism to have a Jewish student humiliated and then admits it, a mere apology is not enough to reconcile for the damage done.

Soon after Lew was ousted, public outcry from B’nai B’rith, a large Jewish service organization, led McGill to investigate the matter and set up a “support line,” where students could report incidents of religious or ethnic intolerance.

As a Jewish student who attended the University of Manitoba for my undergrad, I saw first-hand the anti-Semitic vitriol written and spoken about Jewish people by students who mask their hatred as simply anti-Israel.

I can tell you a “support line” is not nearly enough to fix that.

When I began studying at the U of M in 2012, I didn’t think anti-Semitism was a problem on campus because I hadn’t experienced any.

As the year went on, I found swastikas drawn in bathroom stalls, had arguments with a student in my first year politics course about the merits of an academic’s master’s thesis that called white Jews racist, and heard someone in the hallway refer to Israelis as “those pigs occupying Gaza.”

Throughout history, including in Nazi Germany, Jews were likened to pigs in anti-Semitic propaganda to mock the observance of Jewish dietary law, or Kashrut, which prohibits the consumption of pig.

While my experiences with anti-Semitism were quite minimal compared to students at other universities across the country, the problem is only getting worse.

In July 2011, the Canadian government released a report from the Parliamentary Coalition to Combat Anti-Semitism that looked into anti-Semitic incidents on university campuses across the country.

The report pointed to a large number of anti-Semitic occurrences between 2004-2009, including a 2008 anti-Israel rally at McMaster University in Hamilton where protestors allegedly chanted “Death to Jews.”

The report also included details of an incident at York University in Toronto in 2009 where Jewish students were “barricaded” in the Jewish student lounge by a group of protestors who banged on the walls yelling things like: “Zionism equals racism!” Daniel Ferman, a Jewish student there, testified to the parliamentary coalition that slogans like “Fucking Jew!” and “Die, Jew!” were yelled as the besieged students were escorted out safely by police.

Since the report was published, anti-Semitic incidents across the country have risen, not declined.

In 2010, two Carleton students were assaulted outside a bar for vocalizing their support for Israel. After one was punched in the back of the head, his attacker allegedly said: “I fucking hit you, you Jew.”

These examples only provide a small glimpse of the problem, as it has been growing worse, year after year.

That is an alarming figure.

There is clearly a difference between criticizing the actions of the Israeli government and anti-Semitism. I myself disagree with many of Israel’s policies toward Palestinians and am not afraid to vocalize those disagreements with my community.

Groups that criticize Israel have the right to exist and vocalize their positions on university campuses. However, these groups must reject and loudly shame members who use their platform of legitimate debate to attack Jewish students for simply being active in their communities.

If they fail to do so, these movements risk becoming completely hijacked by the anti-Semitic voices that fuel these re-occurring controversies on university campuses.

It is possible to have a civilized debate on the future of the Israeli-Palestinian conflict on university campuses, but singling out Jewish students and kicking them off boards because they have ties to pro-Israel groups won’t serve any other purpose than to conflate the anti-Israel movement with an anti-Semitic one.

For years, I have been called a number of ridiculous things by members of both sides of the debate for voicing my own opinions on the Israeli-Palestinian conflict. Never, though, do I take more offence then when I am singled out for being Jewish.

I have never done anything that would warrant being targeted in that way. Neither has Noah Lew.